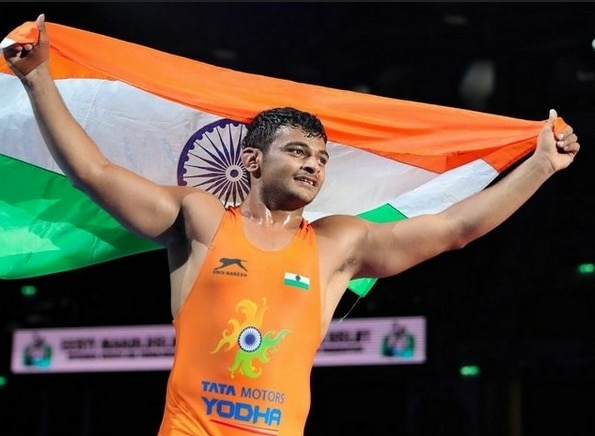 Punia won the gold medal match 3-0. He bagged India’s third gold in wrestling and ninth gold for the country at the Commonwealth Games 2022. The Indian grappler took 2-0 lead in the first period and all the pressure was on the Punia’s opponent heading into the last three minutes. Also Read – LIVE CWG 2022, Day 8 India at Birmingham: Bajrang Punia, Sakshi Malik, Deepak Punia Fetch Gold; IND Overtakes SCO In Medal Tally

Punia was in good form in this match. In the final three minutes, he managed to hold his own and he kept his opponent at bay to walk away with the gold. Also Read – CWG 2022: Sakshi Malik Grabs Gold in Women’s Freestyle 62 Kg Wrestling, Beats Ana Gonzalez of Canada

The Pakistani wrestler struggled to find a way through Punia’s strong defence and went home without scoring a point.
Earlier, star Indian wrestler Bajrang Punia clinched a gold medal for India after winning the final against Canada’s Lachlan Mcneil in the men’s 65 kg.

Anshu Malik had to settle for the silver medal in the women’s 57kg freestyle wrestling after losing to Odunayo Folasade Adekuoroye of Nigeria.

Commonwealth Games 2022 started in Birmingham on July 28 and will go on till August 8.