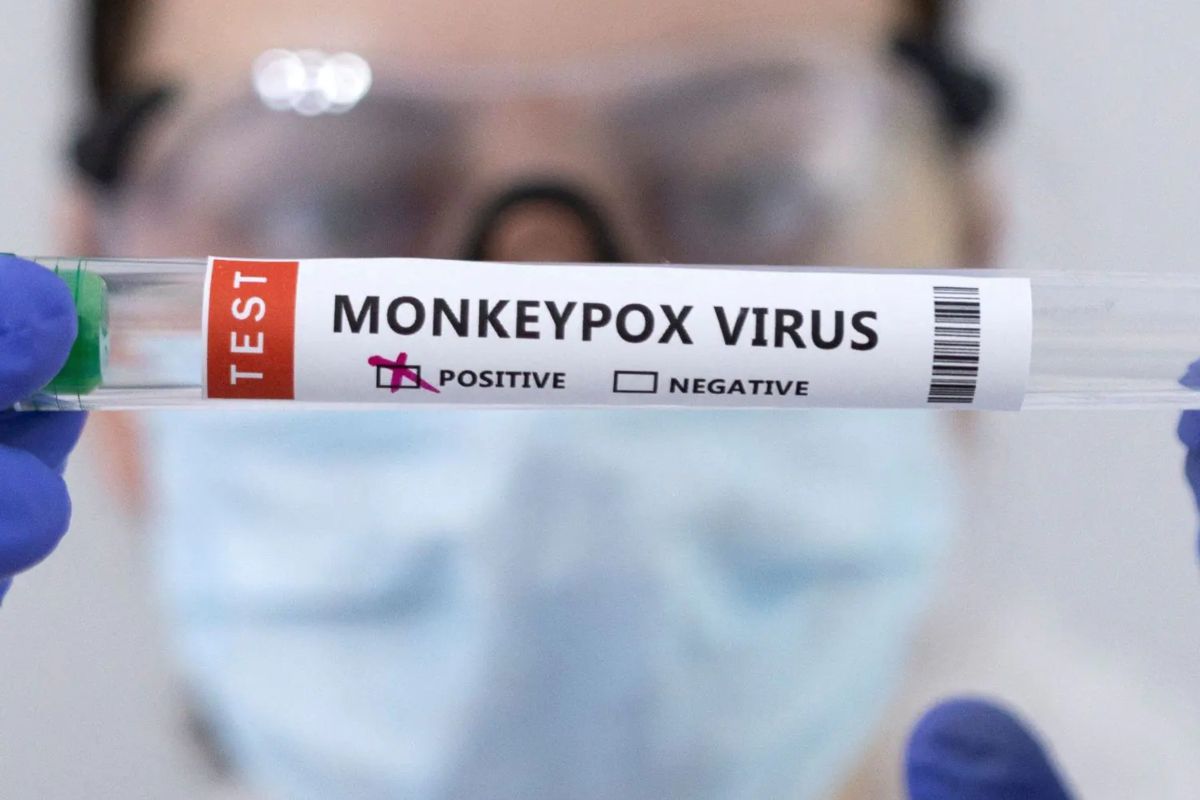 Chicago: In an effort to bolster the country’s response to contain the viral outbreak, the United States last week declared monkeypox a public health emergency, an effort to bolster the US response to contain the outbreak. Currently, the viral disease continues to be largely transmitted among gay and bisexual men, however, the experts believe that it could affect other populations, especially due to vaccine shortages .Also Read – Another Suspected Case of Monkeypox Reported in Kerala, 7-yr-old With Symptoms Admitted to Hospital | 10 Points

The virus continues to be largely transmitted among gay and bisexual men, but experts say the disease could spill over into other populations, especially due to vaccine shortages, according to a report by news agency Reuters. Monkeypox is spread through contact with puss-filled sores and is rarely fatal. Also Read – ICMR-NIV Pune Make Interesting Discovery During Analyses Of Monkeypox Cases Of UAE Returned Travellers

Who is getting infected by Monkeypox now?

The World Health Organization (WHO) declared monkeypox a global public health emergency last month. As many as 80 countries, where the virus is not endemic, have reported 26,500 cases of monkeypox, according to a Reuters tally. Also Read – Karnataka Ups Vigil Along State Borders Over Rising Monkeypox Cases; Thermal Screening At ports, Airports

According to a technical report by the US Centers for Disease Control and Prevention (CDC), 99.1 per cent cases of monkeypox that occurred in the country were among those assigned the male sex at birth as of July 25. Among male patients, 99 per cent reported having sexual contact with other men.

of the total cases of disease reported in men, about 38 per cent occurred in among white, non-Hispanic males, while 26 per cent were in Black males and 32 per cent in Hispanic males.

This pattern of sexual transmission in men is not typical. In Africa, where monkeypox has been circulating since the 1970s, 60 per cent of cases are in men, and 40 per cent occur in women.

Who else is at risk?

Despite the current explosion of monkeypox cases majorly occurring in men, experts believe there is no biological reason the virus will remain largely within the community of men who have sex with men.

“We certainly know it’s going to spread to family members and to other non-male partners that people have,” Reuters quoted Dr. Jay Varma, director of the Cornell Center for Pandemic Prevention and Response as saying.

The doctor pointed out that virus could also spread through massage parlors or spas.

The real question, he said, is whether it spreads as efficiently in those groups as it does among close sexual networks of men who have sex with men.

Experts also noted that the way HIV spread as a possible indicator for where the virus will go next.

“My greatest fear is that as we try to contain this, it’s going to seep along the fractures in our social geography and go where HIV did, and that’s going into communities of color in the rural South,” said Dr. Gregg Gonsalves, an associate professor of epidemiology at Yale University and a leading HIV/AIDS activist, according to the report.

Those are places with limited infrastructure for testing, vaccines and treatments.

Dr Gounder also expressed concerns about infections transmitting among Black women, who account for the largest share of new HIV infections in the United States, and already suffer significantly higher rates of maternal complications and deaths.