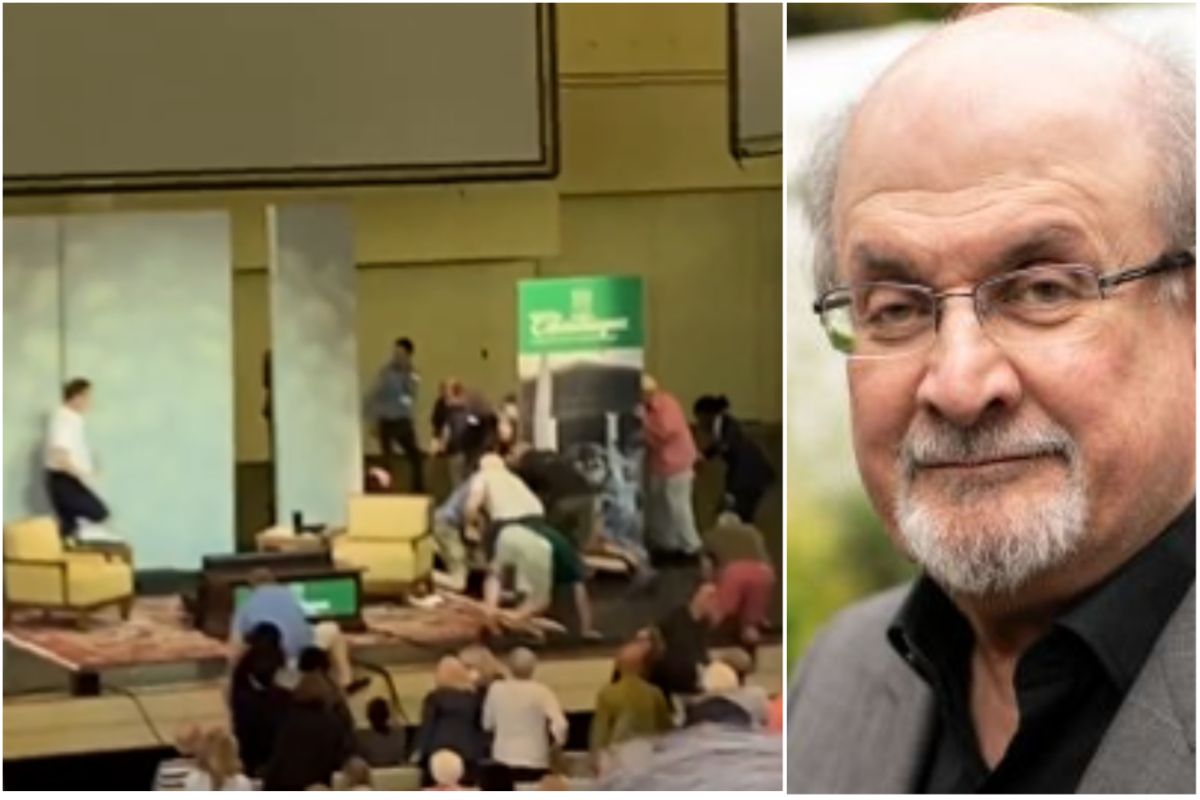 Washington: The attack on Salman Rushdie, the novelist who was stabbed multiple times onstage at a lecture in New York on Friday (Aug 12), was appalling, White House National Security Adviser Jake Sullivan said. Issuing a statement, the National Security Advisor said, “The attack on Salman Rushdie is appalling. We are all praying for his speedy recovery. And we are thankful to good citizens and first responders for helping him so swiftly.”Also Read – Fatwa, Death Threats, Exile – How ‘The Satanic Verses’ Changed Salman Rushdie’s Life | Explained

Rushdie, the Mumbai-born controversial author who faced Islamist death threats for years after writing “The Satanic Verses”, was “still undergoing surgery”, several hours after being stabbed by a 24-year-old New Jersey resident at an event in western New York State. Hadi Matar (24) from Fairview, New Jersey has been identified as the suspect who stabbed Rushdie, the New York State Police said. Also Read – Salman Rushdie In Surgery; ‘His Fight Is Our Fight,’ World Leaders Condemn Attack | LIVE

The writer suffered an apparent stab wound to the neck. He is currently on a ventilator and will likely lose one eye, his agent Andrew Wylie told The New York Times (NYT). As per NYT, Wylie said the writer was on a ventilator and could not speak. “The news is not good. Salman will likely lose one eye, the nerves in his arm were severed and his liver was stabbed and damaged,” Wylie said in a statement to NYT.

Salman Rushdie attacked on stage during a lecture

Salman Rushdie, the author whose writing led to death threats from Iran in the 1980s, was attacked Friday as he was about to give a lecture in western New York. An Associated Press reporter witnessed a man storm the stage at the Chautauqua Institution and begin punching or stabbing Rushdie as he was being introduced. The 75-year-old author was pushed or fell to the floor, and the man was restrained.

Rushdie was quickly surrounded by a small group of people who held up his legs, presumably to send more blood to his chest.

Hundreds of people in the audience gasped at the sight of the attack and were then evacuated.