New Delhi: Al-Qaeda leader, Ayman al-Zawahiri, was killed in a “precision” drone strike in Kabul by the United States on Sunday morning, as informed by US President Joe Biden. He also said that this is the terrorist group’s greatest setback since the death of its founder Osama bin Laden in 2011. Under the condition of anonymity, U.S. sources said that Zawahiri was killed after he came out to the balcony of his safe home in Kabul and was struck by “hellfire” missiles fired by a US drone.

Zawahiri, an Egyptian surgeon with a $25 million reward on his head, assisted in planning the attacks on the World Trade Centre in 2001, which resulted in the deaths of close to 3,000 people.

Earlier this year, Zawahiri posted a nine-minute video of himself praising Bibi Muskan Khan, a young woman from Karnataka, for her valiant reply to the Hijab controversy.

In the video, he recited a poem in her honour, allegedly written by himself.

Referring to Muskan as the ‘Noble Woman of India’, Zawahiri said he was moved by her spirit of defiance. 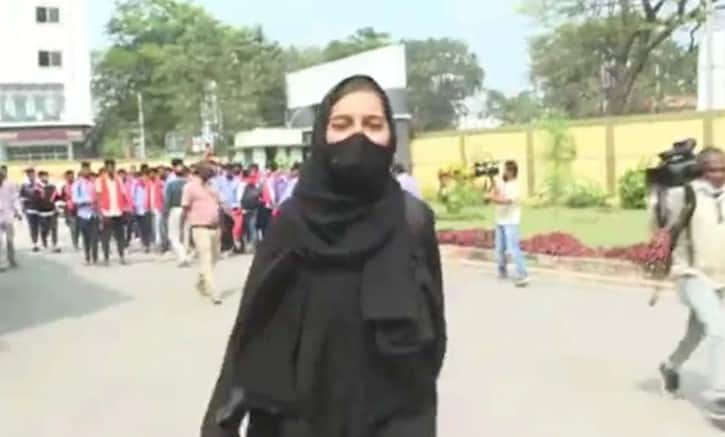 Amid the Hijab ban debate in Karnataka, Muskan Khan, a second-year BCom student enrolled in a college in the state was heckled by saffron shawl-laden students chanting “Jai Shree Ram”. She shouted “Allah-hu-Akbar” in reply and her comeback was hailed by Muslim individuals and organisations across the country for which they even ‘rewarded’ her.

However, her father directed the money towards the ambulance of the Government Hospital in the district. “With God’s grace, we are leading a happy life without much struggle. We will use the money for a cause,” he said.

However, the video caused turbulence in India, with authorities and citizens criticizing the terrorists’ take on India’s internal issues. “We do not know who he is and why he is involved in an issue of my country,” reacted Muskan’s father.

Former CM, HD Kumaraswamy also criticised the video and said, “Kannadigas will not fall prey to Al-Qaeda designs. We are focusing on religious harmony here and do not want terrorist organizations to speak about these issues.”