New Delhi: Instant messaging app WhatsApp is working on several features to enhance its user interface. As per media reports, WhatsApp is planning to release a feature that allows group admins to delete any message for everyone. The feature is available to some beta testers, reported WABetInfo. The feature to delete group messages of all members will allow admins to moderate activity on their WhatsApp groups in a better way.Also Read – SBI WhatsApp Banking: What Services Are Available And How Customers Can Use it | Explained

The feature was noticed last year. WABetInfo also shared a screenshot of the new update “admin delete”. Also Read – WhatsApp May Let You Keep Disappearing Messages Even After They Are Dead 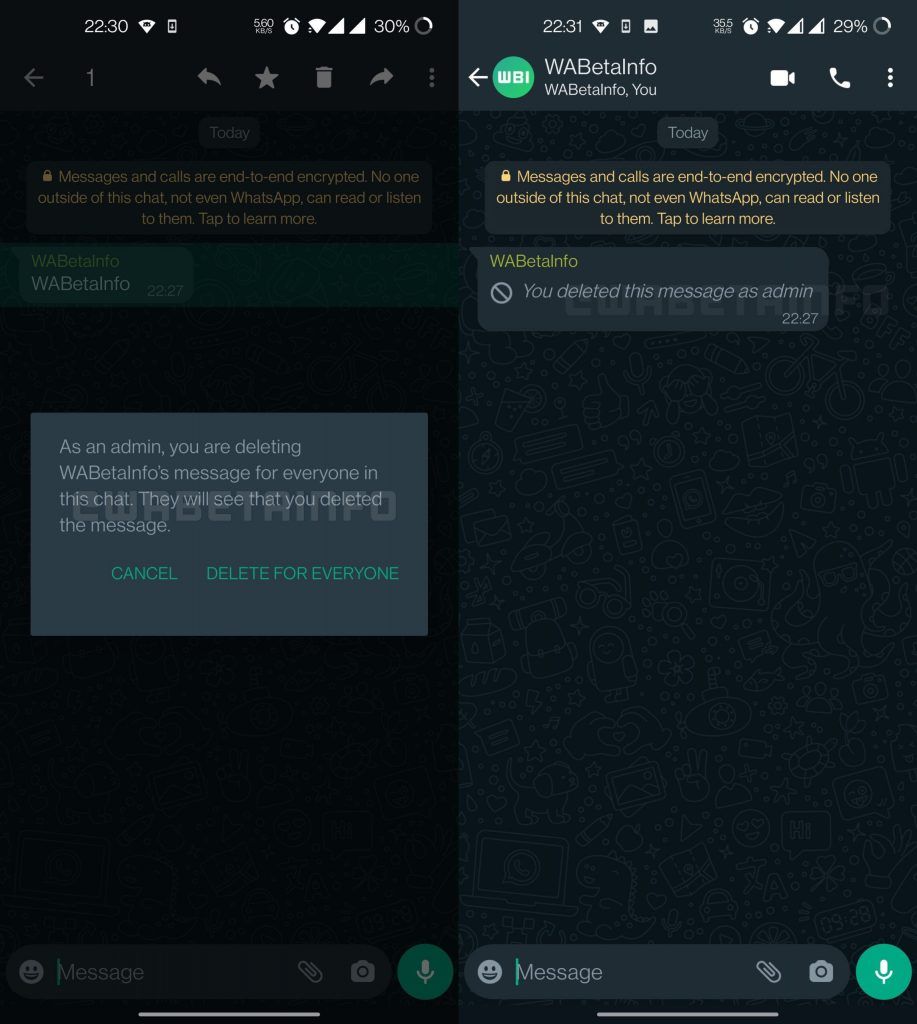 WABetInfo shared a screenshot of the new update “admin delete”.

As per the website, if users want to verify if the feature is enabled for their WhatsApp account, the procedure is very easy. “If you are a group admin and you try to delete an incoming message and you see the option “delete for everyone”, it means the feature is available. When you delete a message for everyone, sent by another group participant, other people can always see that you’ve deleted that message since your name shows up within the chat bubble,” the website said. Also Read – Unread Text Messages Crowding Your WhatsApp? This New Feature May Help You Sort Out Chats. Here’s How It Works

“If the feature is not available for your account, don’t worry: the rollout for this feature is incredibly slow and only some lucky beta testers can already experiment with it, so it will surely take a lot of time before being enabled on some other WhatsApp accounts,” he added.

The feature admin delete is available to some beta users currently, and more activations will be following over the coming weeks.

WhatsApp is also working on the “Kept messages” feature. This update will be available in a future update of WhatsApp beta for android, iOS, and desktop versions. A kept message is a disappearing message which is temporarily converted to a standard WhatsApp message after its expiration time. Kept messages can be seen within chat info in a new section.