Delhi: Meta owned messaging platform WhatsApp is relentless in rolling latest features to up[date the app in order to provide a great user experience. In a recent development, it has announced to launch about 7 new features to enhance the working of the app keeping in mind the needs of the user as well. According to WABetaInfo, these new features will be rolled out for the beta version of both iOS and Android and eventually will also be made accessible for desktop users.Also Read – Attention Uber Riders in Delhi-NCR! Soon You Can Book an Uber Via WhatsApp in Hindi 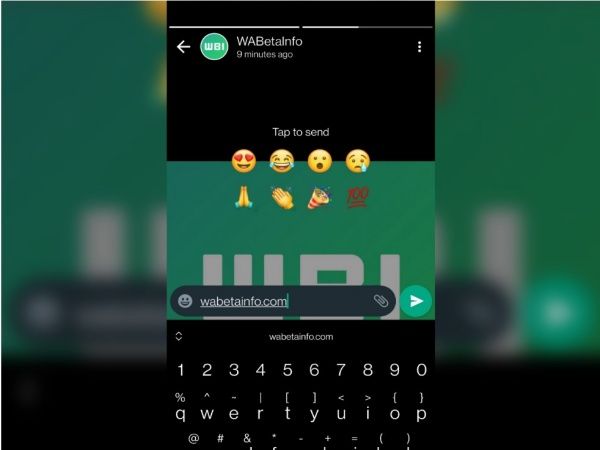 React to status feature to be rolled out soon (Image: WABetaInfo)

While all these features seem promising and might also be solutions for some of our problems, it is all waited in the future. Release dates for some of these is still not certain as the work is under progress.