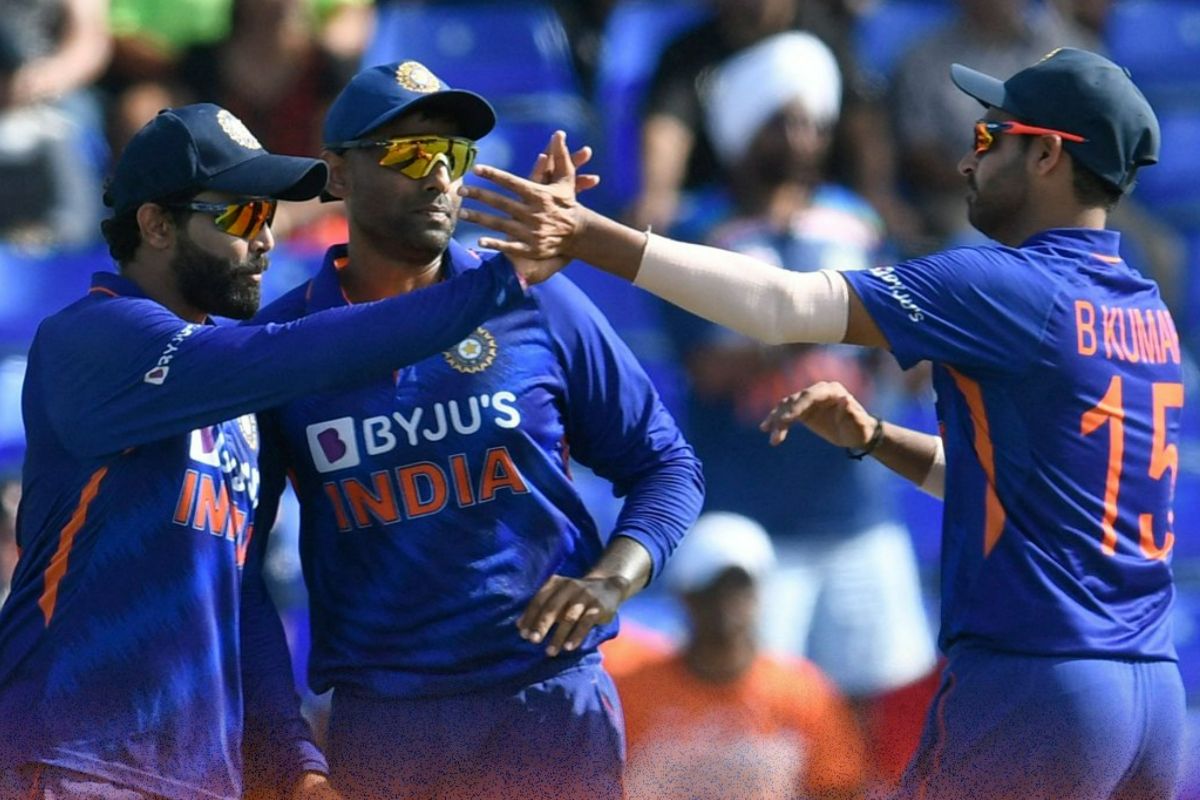 IND vs WI 2nd T20I: Not often that you see two bowlers with ‘Arshdeep’ at the back of their jerseys bowling the last two overs of any match, let alone an international. Would have been a funny story, had it not ended in a rather depressing defeat for India in the second match of the five-game T20 International series against the West Indies. The luggage mess that delayed the start of the match for over two hours wouldn’t have left the Indian team in a great mood and that would barely have improved by the end of the long day as the batting didn’t leave enough for the bowlers to defend and the last over wasn’t particularly flattering either.Also Read – IND vs WI 3rd T20I Live Streaming: When And Where to Watch India vs West Indies Live in India

Sadly, while the original bowled a calm and collected 19th over, his namesake for the match wasn’t so impressive, sending down a no-ball in the critical 20th, then bowled a half-tracker that got carted for a six, followed by a boundary and the match was done. Also Read – IND vs WI: Rohit Sharma On Entrusting Avesh Khan Over Bhuvneshwar Kumar For Final Over In 2nd T20I

Prior to that, the batting too wasn’t up to the mark. Right from the first ball, the batters were struggling against the bounce and angle of the burly left-armer, Obed McCoy and eventually, despite some adventure from Rishabh Pant and Hardik Pandya, and a contribution from Ravindra Jadeja, ended up way short of a decent target.

One also sometimes wonders if limiting Dinesh Karthik to an exclusive finisher role all the time is such a good idea. Surely, he is a better batter than Jadeja and on occasion, given the situation, should be sent up by at least one notch.

Also, Suryakumar Yadav has suddenly gone off the boil and one hopes that this is just a short-term thing, since he will be crucial in the Indian scheme of things, especially in the upcoming World Cup.

Nevertheless, all of that is conjecture. Batting failures will happen, they happen to the best of teams. Equally, the bowling won’t always be at the top of its form, though elementary mistakes like overstepping are not expected at this level, especially at critical junctures of the match.

The effort also magnified how crucial Yuzvendra Chahal has become in the Indian XI. Ravichandran Ashwin possibly needs to get an extended run before the World Cup before any calls are taken about if he makes the cut, but Chahal’s absence can be telling.

Lots of hard lessons, but that is exactly why these run-up tournaments are important. A loss, but not the end of the world, so long as the hard lessons are not forgotten.