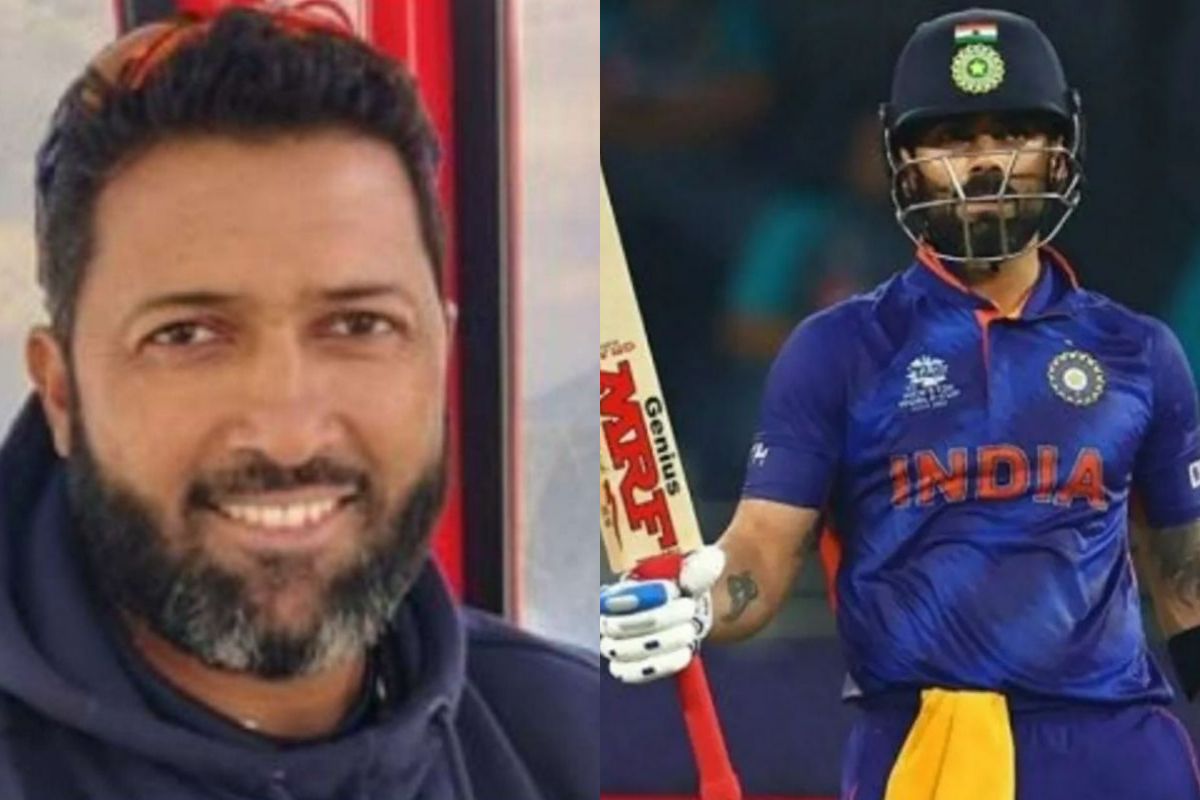 Mumbai: Former India cricketer Wasim Jaffer feels that one could not write off a guy like talismanic batter Virat Kohli, who possesses an incredible strike rate and average in T20 cricket. Jaffer also believes that when Virat returns to his form, it will be even greater than what it was before he experienced the current dip.Also Read – Breaking: Virat Kohli Rested Yet Again As BCCI Announce 15 Member Squad For ODI Series; Dhawan To Lead

Kohli has been in a prolonged lean patch and hasn’t scored an international century since November 2019. In the tour of England, Kohli couldn’t score a half-century and is not a part of the ongoing white-ball trip to the Caribbean as well as for the upcoming ODI series against Zimbabwe. Also Read – ‘Will Be Dangerous To Cut Him Off At The Moment’, Gilchrist Wants India To Have Kohli For T20 World Cup

“Virat will remain in his original No. 3 place in the team. KL Rahul and Rohit Sharma should open, and other players like Rishabh Pant, Sanju Samson, and Ishan Kishan can contribute significantly to the squad. I feel that the aggressive approach that India has undertaken is very nice to witness. India’s chances of winning (T20 World Cup) are bright,” said Jaffer in the audio session of ‘CricChat Powered by Parimatch’ on the Sharechat app. Also Read – Shubman Gill, Ishan Kishan or Ruturaj Gaikwad? Wasim Jaffer Uses VIRAL Meme to Explain Team India’s Opener’s Situation

During the discussion, Jaffer pondered what would have happened if he had been a player during a hectic international calendar of playing all three formats of the game.

“Fitting in all three formats of cricket would have been exceedingly tough (ODI, T20, and Test). You must change and adapt to the format, or you will cease to exist.
Despite my high esteem for players like Cheteshwar Pujara, one cannot play like him in this era, or you’ll merely play Test cricket, which is also not guaranteed.”

Recalling his often-friendly banter with Michael Vaughan on Twitter when the former England captain tried to put India down in his conversations, Jaffer said, “Any Tom, dick, and Harry comes and puts India down, which I don’t like. I feel like if I have got the platform, I should give a reply.”

Jaffer signed off from the discussion by opening up on the possible casting of a biopic on his life in future. “I would want Yograj Singh to portray Chandrakant Pandit and Vicky Kaushal to play my character.”