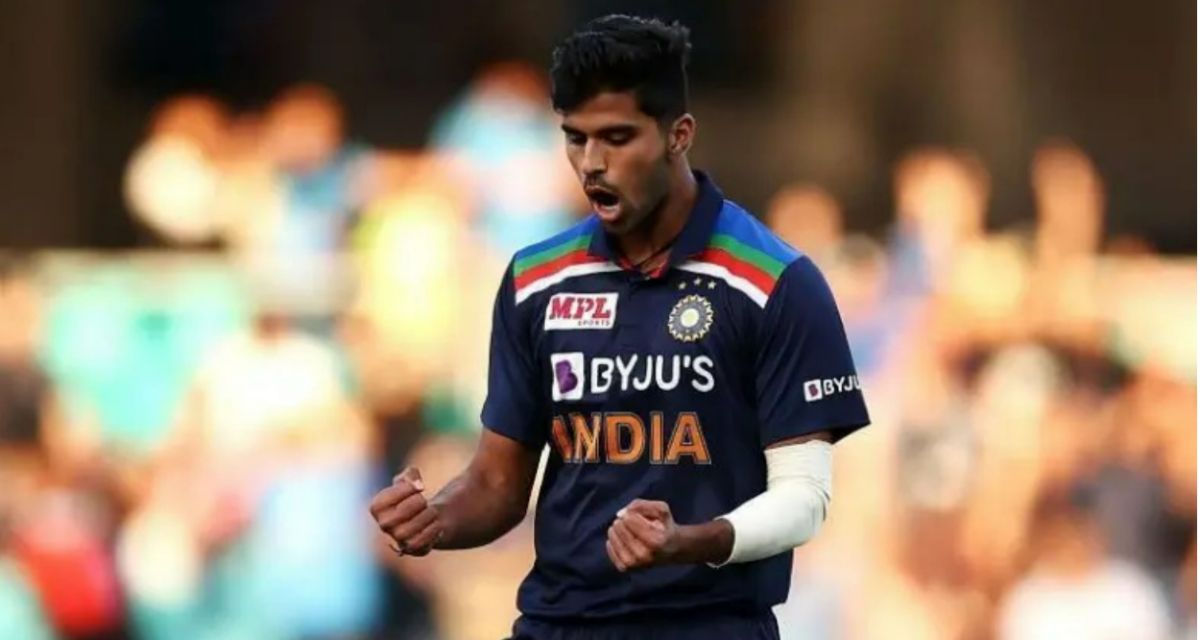 New Delhi: India are scheduled to take on Zimbabwe in a 3-match ODI series and ahead of the tour, spinner Washington Sundar has suffered a shoulder injury, which has now put his place in the squad under jeopardy.Also Read – OPINION: Sikandar Raza, The Man Who Could be a Rude Jolt For India

Sundar suffered a shoulder injury due to a dive while playing for Lancashire in the Royal London One-Day Cup. Also Read – Shubman Gill on Critics Ahead of Zimbabwe Tour, Claims ‘I Don’t Really Care’

As per a report by Cricbuzz, Sundar was expected to fly to Zimbabwe directly from the UK but things have now taken a slight turn. An official statement regarding his availability should be issued in the coming days as the series starts from 18th August. Also Read – Asia Cup, Zimbabwe Series And India’s Squads Galore

Washington’s past injuries has kept him out of the national team for a considerable period of time and now once again he is most likely to miss the upcoming tour.

Earlier, the Board of Control for Cricket in India (BCCI) had named Shikhar Dhawan as the skipper for the three-match series. However, the BCCI has now appointed KL Rahul as the skipper with the left-handed Dhawan as his deputy.

It must be noted that right-handed Rahul hasn’t played any cricket since representing the Lucknow Super Giants in the 2022 edition of the Indian Premier League (IPL). Earlier, KL Rahul was also named captain for South Africa series but had to pull out due to an injury.