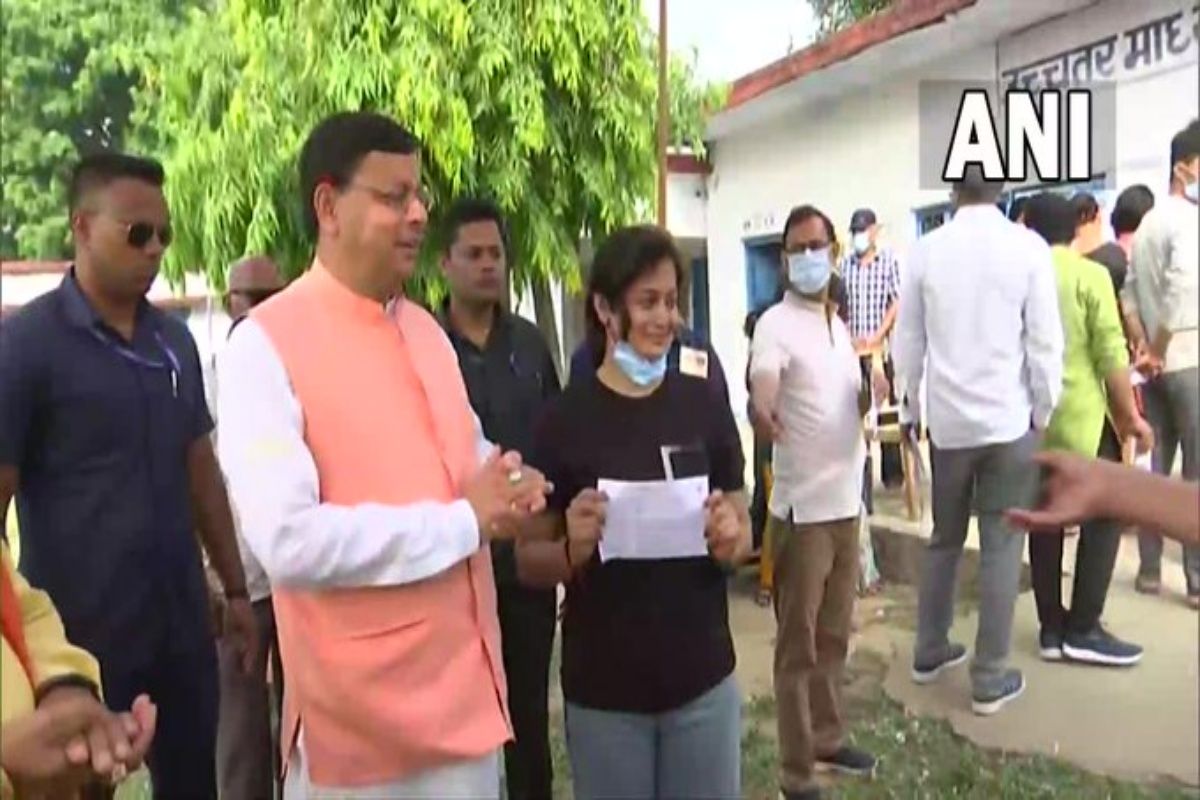 Dehradun: Polling for Champawat assembly seat by-election in Uttarakhand began on Tuesday morning. Turnout of voters can be seen standing in queue to cast their votes at the respective centers.Also Read – Huge Cash Recovered From Jharkhand Congress MLA’s Vehicle In Howrah, West Bengal

Uttarakhand | Voting for Champawat assembly by-polls is being held today.

Chief Minister Pushkar Singh Dhami is the BJP candidate in this by-election. pic.twitter.com/u5y5QT3vDt

Also Read – Subramanian Swamy Accuses Akshay Kumar Of Depicting Wrong Facts In Ram Setu, Might Ask For His Arrest And Expulsion From India

Chief Minister Pushkar Singh Dhami, who lost from Khatima in the state assembly polls held in February, is trying his luck from Champawat to become an MLA – a constitutional requirement he needs to fulfil within six months of being sworn in. Also Read – Uttarakhand Weather: Dehradun, Nainital, Chamoli On High Alert; Part of Badrinath NH-7 Washed Away Due To Heavy Rain

Former BJP MLA Kailash Gehtori had resigned from Champawat last month to make way for Dhami to contest from the seat.

Dhami is locked in a straight contest with Congress’ Nirmala Gehtori in Champawat located in Kumaon region of the state. After filing his nominations on May 9 to seek votes, he campaigned aggressively in Champawat along with Kailash Gehtori , asking people to give him an opportunity to serve them.

Uttarakhand | I extend my greetings to every voter from Champawat for the by-elections being held today. People have started coming to the polling centres. A new history of Champawat will be created today by 100% voting in the by-elections today: CM Pushkar Singh Dhami pic.twitter.com/XsaHg4JYqv

BJP star campaigner and Uttar Pradesh Chief Minister Yogi Adityanath also canvassed for Dhami in Tanakpur, asking people of the constituency not to waste the chance of electing a Chief Minister for their rapid development.

Other candidates in the fray are Samajwadi Party’s Manoj Kumar Bhatt and Independent Himanshu Gadkoti. The vote bank of Champawat constituency constitutes of 96,213 voters including 46,042 women and 50,171 men.