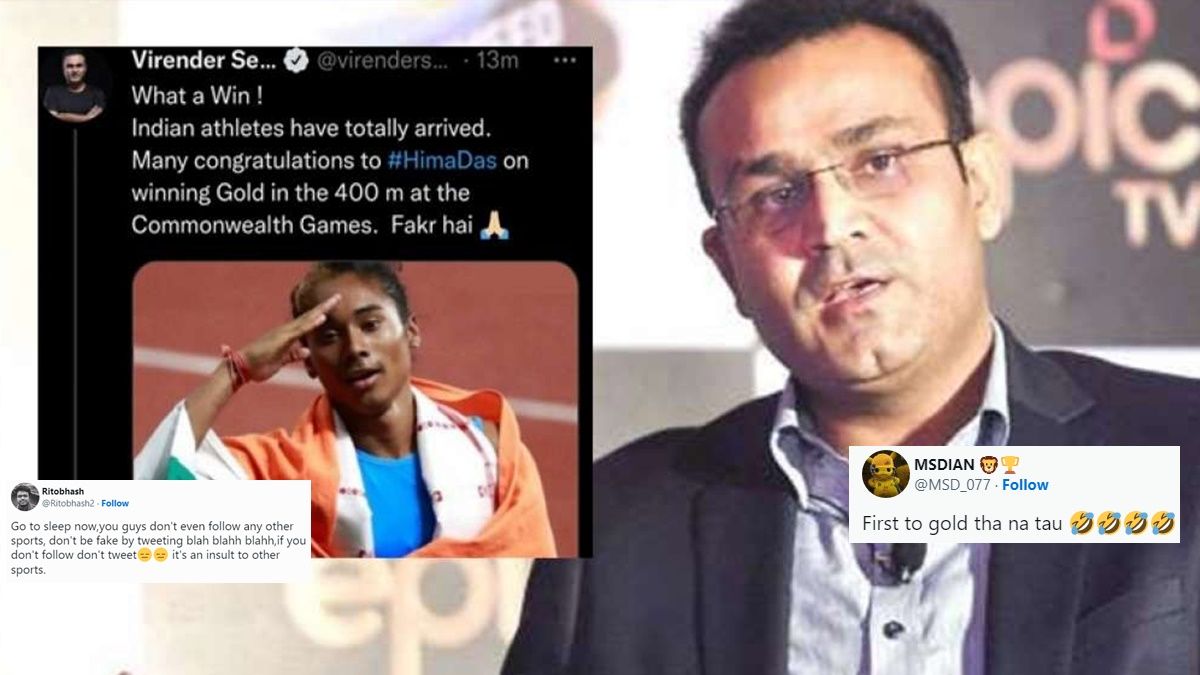 Birmingham: There was premature celebration on Saturday when news of athlete Hima Das winning gold in 400-metre in the Commonwealth Games in Birmingham. Soon, fans figured out that it was fake news being spread. Amid all the confusion, former India cricketer Virender Sehwag congratulated Hima without verifying the authenticity of the news.Also Read – LIVE | India at Birmingham, Day 2: Savita & Co. Lead 2-1 After Q3; Lovlina Enters Q/F

Unfortunately Sehwag was late in deleting his tweet and that is when fans spotted it and reacted. Sehwag was trolled hilariously. Also Read – CWG 2022, Lovlina Borgohain vs Araine Nicholson, Round 16 Highlights: Olympic Medalist Rout NZ Opponent 5-0

Go to sleep now,you guys don’t even follow any other sports, don’t be fake by tweeting blah blahh blahh,if you don’t follow don’t tweet it’s an insult to other sports. pic.twitter.com/vZgkUdKqQS

Here is an old video which was circulated on social space that confused Sehwag.

Earlier in the day, Sanket opened India’s tally in Birmingham 2022 with a silver medal. The 21-year-old from Maharashtra was congratulated by PM Narendra Modi and Sanket dedicated his medal to India’s 75th year of Independence.

“I heard a snap-like sound during the second attempt in clean and jerk and dropped the weights. After that my coach had a look at my arm, there was a lot of pain but I had to make the third attempt. I tried to secure the gold, but i could not do it,” Sargar told the media with the silver medal around his neck.