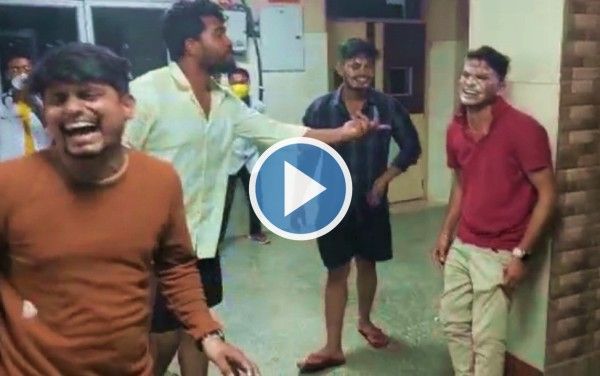 Lucknow: There is a certain time and place to hold a birthday party. And that place is definitely not a hospital! Recently, a video went viral showing a group of men holding birthday celebrations inside a hospital in Lucknow. The video shows the group creating a ruckus and indulging in a mock belt-fight. Sources said that the birthday was celebrated at midnight on Sunday and the ruckus continued for almost an hour, disturbing the patients. Some people can be seen with cake smeared on their faces.Also Read – Viral Video: Fierce Fight Breaks Between Bride & Groom on Wedding Mandap, Guests Stunned | Watch

#WATCH | UP: Visuals of the birthday party celebrations by pharmacy students inside the civil hospital of Lucknow which has attracted the attention of senior authorities initiating an enquiry into the matter; strict action against those found guilty of disrupting hospital peace pic.twitter.com/EJ94y3waoO

After the video surfaced on social media, Deputy Chief Minister Brajesh Pathak, who holds the health portfolio, ordered a probe into the viral clip showing birthday celebrations inside the Civil hospital OPD. Civil hospital director Dr Anand Ojha said that the video has been brought to his notice and the matter is being investigated.