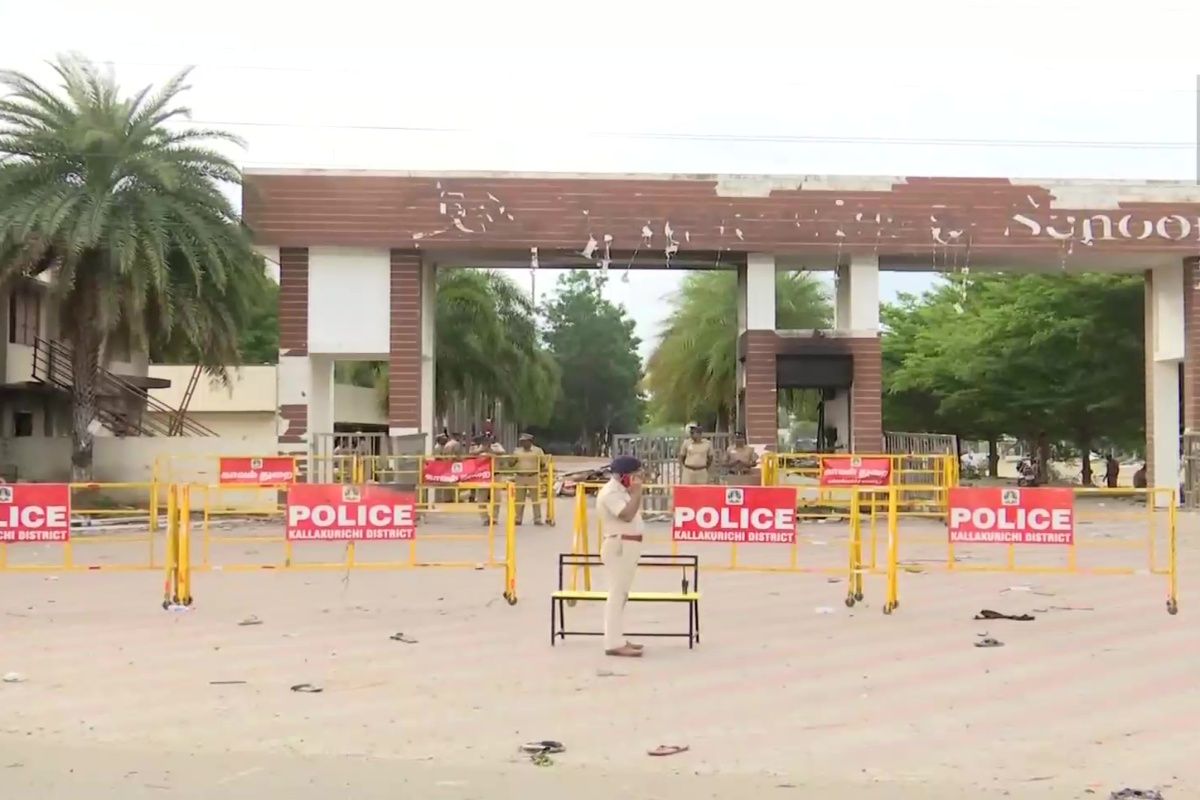 Tamil Nadu: As many as 3 people have been apprehended and security has been heightened outside Sakthi International ECR School, in Tamil Nadu’s Kallakurichi district where violence broke out after a 17-year-old girl, allegedly, died by suicide. School correspondent Ravikumar, secretary Shanthi and Principal Shiva Sankaran have been arrested over the teenaged girl’s death and failing to maintain safety at the school hostel.Also Read – Violence Erupts After Girl Dies at School in Tamil Nadu’s Kallakurichi, CM Stalin Appeals For Peace | Top Updates

Tamil Nadu | Police security tightened outside Sakthi ECR International school, Kaniyamoor in Kallakurichi where violence and vandalism broke out yesterday during the protests over the death of a girl studying in class 12th. pic.twitter.com/Tovsj83X4W

All You Need to Know about Kallakurichi Violence

A student studying in class 12th was reportedly found dead on her hostel premises. According to police officials, “the deceased girl died by suicide on Tuesday night on the school premises and there was a note found in which it was alleged that two teachers from the school tortured her forcing them to study all the time.” The case was further registered under section 174 of unnatural death.

On Sunday, more than a thousand people staged a protest in front of the school demanding justice for the student’s death. Protesters pelted stones at the police van, damaged the vehicles and a few policemen sustained injuries as well

Appealing for peace, Tamil Nadu Chief Minister MK Stalin tweeted, “Violence worries me. The accused will be punished when the police probe over the school girl’s death ends. I have asked DGP, Home Secretary to travel to Kallakurichi. I request people to maintain peace.”