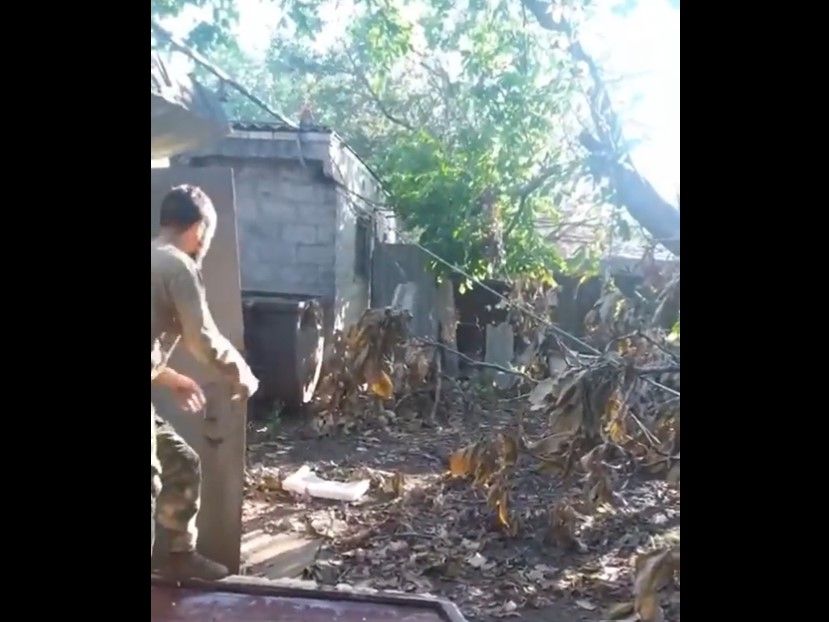 New Delhi: The war in Ukraine now entered its sixth month as Russian forces continue to make deep inroads. Ukraine has vowed to drive the Russians from the territory they have seized since the start of the invasion, including the southern region of Kherson and part of the Zaporizhzhia region, while Moscow has pledged to hold on to the occupied areas and take more ground around the country.Also Read – Ukraine Nuclear Plant Can Cause Chernobyl-Like Incident: Nuclear Chief

Amid the raging war in Ukraine, hundreds of landmines and explosives lay around the country. Several bombing videos from the war zone have gone viral on social media. In a recent video shared on Twitter, a soldier was seen throwing a brick on an area, causing a landmine to explode and a large boom was heard.

I would like to emphasises that “throw a brick on it” is not a recommended way to dispose of PFM-1 anti-personnel mines. pic.twitter.com/v3zvFGMN53

In another video, a soldier was seen swinging a tyre that lands over a ground covered with landmine, prompting it to explode.

Even as Moscow’s war machine crawls across Ukraine’s east, trying to achieve the Kremlin’s goal of securing full control over the country’s industrial heartland, Ukrainian forces are scaling up attacks to reclaim territory in the Russian-occupied south.

The Ukrainians have used American-supplied rocket launchers to strike bridges and military infrastructure in the south, forcing Russia to divert its forces from the Donbas in the east to counter the new threat.

With the war in Ukraine now in its sixth month, the coming weeks may prove decisive. While the bulk of Russian and Ukrainian military assets are conсentrated in the Donbas, the industrial region of mines and factories, both sides hope to make gains elsewhere.

The Ukrainian strikes on munitions storage sites have caught the Russian army off guard, forcing it to move materiel to scattered locations farther from combat areas, lengthening supply lines, reducing the Russian edge in firepower and helping to slow Russia’s offensive in the east.