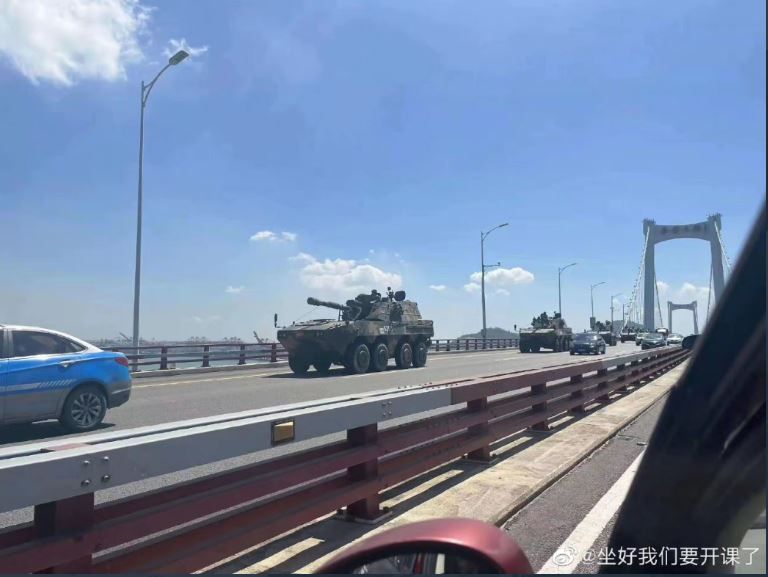 Beijing/New Delhi: As tensions continue to build up over US House Speaker Nancy Pelosi’s visit to Taiwan, China’s official media reported air and ground movement of troops in Taiwan Straits, reported news agency PTI. Pelosi landed in Taipei on Tuesday night disregarding Beijing’s stern warnings against the visit, according to the television footage shown by US networks. She is the highest-ranking US official to visit Taiwan in 25 years.Also Read – More than 20 Chinese Military Planes Enter Taiwan’s Airspace Hours After Nancy Pelosi’s Visit

The next video in the thread shows trucks carrying tanks stationed on them.

Beijing routinely protests any foreign dignitaries’ visits to Taiwan, which it claims as its own and firmly insists all countries follow the ‘One China’ policy acknowledging that the breakaway province is part of its mainland.

US would pay the price for Pelosi’s visit: China

In Beijing, the Chinese foreign ministry said the US would pay the price if Pelosi went to Taiwan. “The US side will bear the responsibility and pay the price for undermining China’s sovereign security interests, Assistant Foreign Minister and foreign ministry spokeswoman Hua Chunying told a media briefing here on Tuesday and reiterated that Beijing would take strong measures in response to Pelosi’s visit.

“Faced with reckless US disregard of China’s repeated and serious representations, any countermeasures taken by the Chinese side will be justified and necessary, which is also the right of any independent and sovereign country,” Hua said, responding to questions on what possible actions China would take to deter her from going to Taipei.