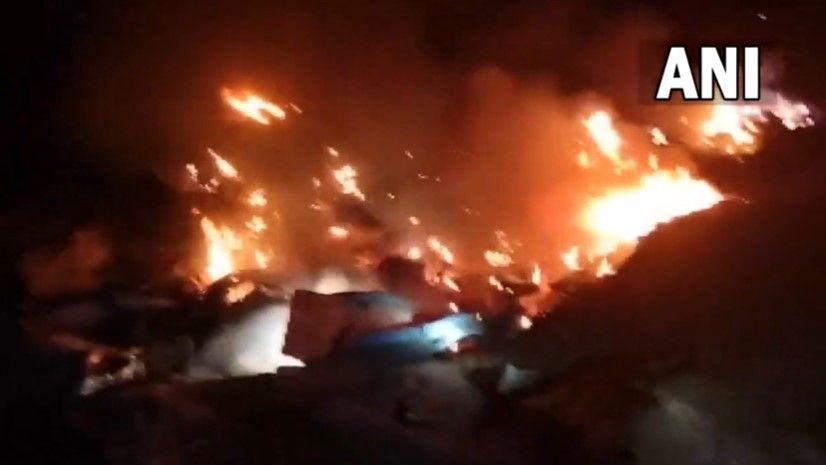 New Delhi: Two pilots were killed after an Indian Air Force’s fighter jet crashed in Rajasthan’s Barmer district on Thursday. The IAF, in a statement, said an inquiry has been ordered to ascertain the cause of the accident.

“Both the pilots in the MiG-21 Trainer aircraft lost their lives in the crash. IAF deeply regrets the loss of lives and stands firmly with the bereaved families. A court of Inquiry has been ordered to ascertain the cause of the accident,” Indian Air Force (IAF) said in a statement.

“It was an IAF plane that crashed near Bhimda village in Baytoo,” Barmer District Collector Lok Bandu told PTI. He said he was on the way to the site of the incident.

A video from the crash site shared by news agency ANI showed the devastation. In the video, the damaged jet can be seen catching fire as thick black smoke could be seen billowing from the area. Few locals present at the site can be heard describing the on ground situation.

The IAF said the twin-seater MiG-21 trainer aircraft was airborne for a training sortie from Utarlai air base in Rajasthan when the mishap happened.