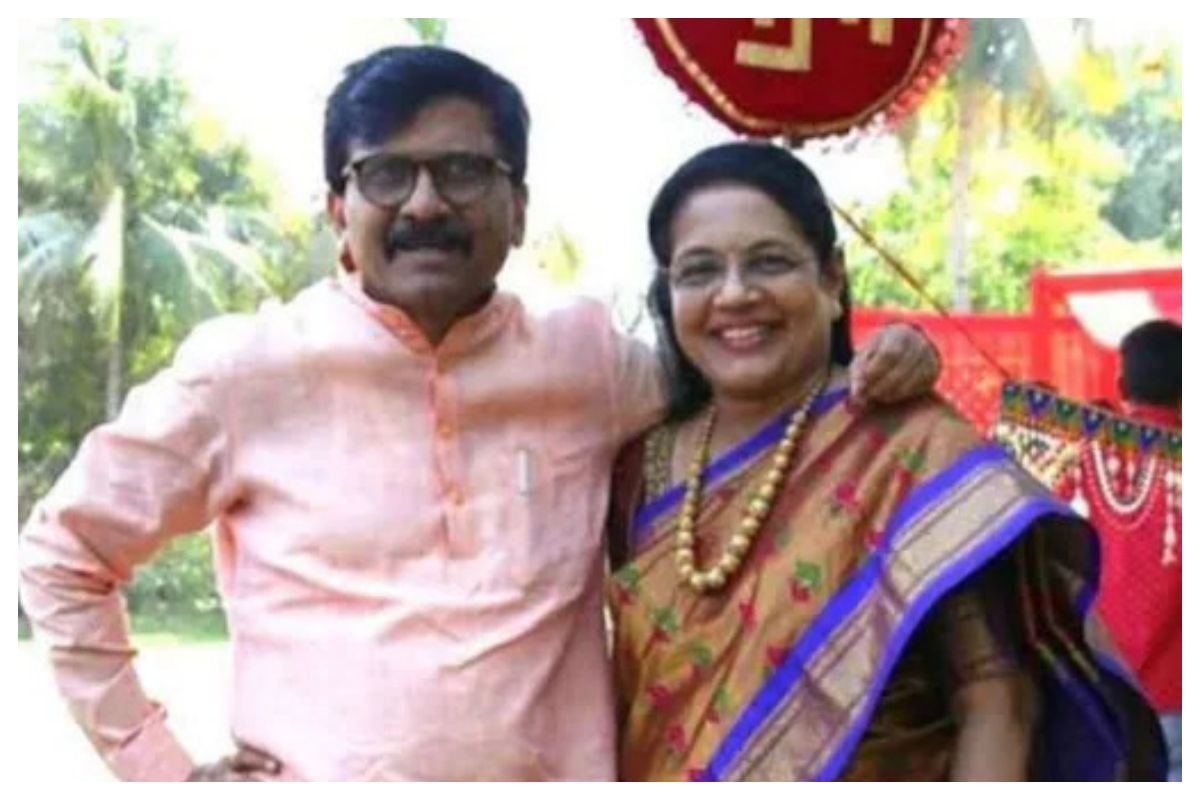 Mumbai: Varsha Raut, wife of arrested Shiv Sena MP Sanjay Raut, has been summoned by the Enforcement Directorate on money-laundering charges in an alleged land scam. The ED said that the summons were issued after transactions done on Varsha Raut’s account came to light.Also Read – Sanjay Raut’s ED Custody Extended Till August 8 In Patra Chawl Case

This comes after Sanjay Raut was arrested by the Central agency after he skipped several summons. He was sent to the ED’s custody till Thursday. Now his custodial remand has been extended till Monday by the Mumbai court. Also Read – Woman Hurls Chappals at Sacked Bengal Minister Partha Chatterjee Outside ECI Hospital

The ED had earlier told the court that Raut and his family received “proceeds of crime” worth over Rs one crore generated out of alleged irregularities in the housing redevelopment project. Also Read – Considered Expert In Underworld Coverage, Sanjay Raut Once Chided Dawood Ibrahim

Varsha Raut has repeatedly been named by the central probe agency — some properties linked to her have been attached to the case too — but she hasn’t been questioned so far.

Raut, who was arrested in the wee hours of Monday in an alleged money-laundering case, was remanded to ED custody till August 4 and produced before a Special PMLA Court this afternoon.

The ED sought an extended custody for Raut till August 10 as it had secured certain documents and wanted to probe related matters, besides investigating other accused in the case.