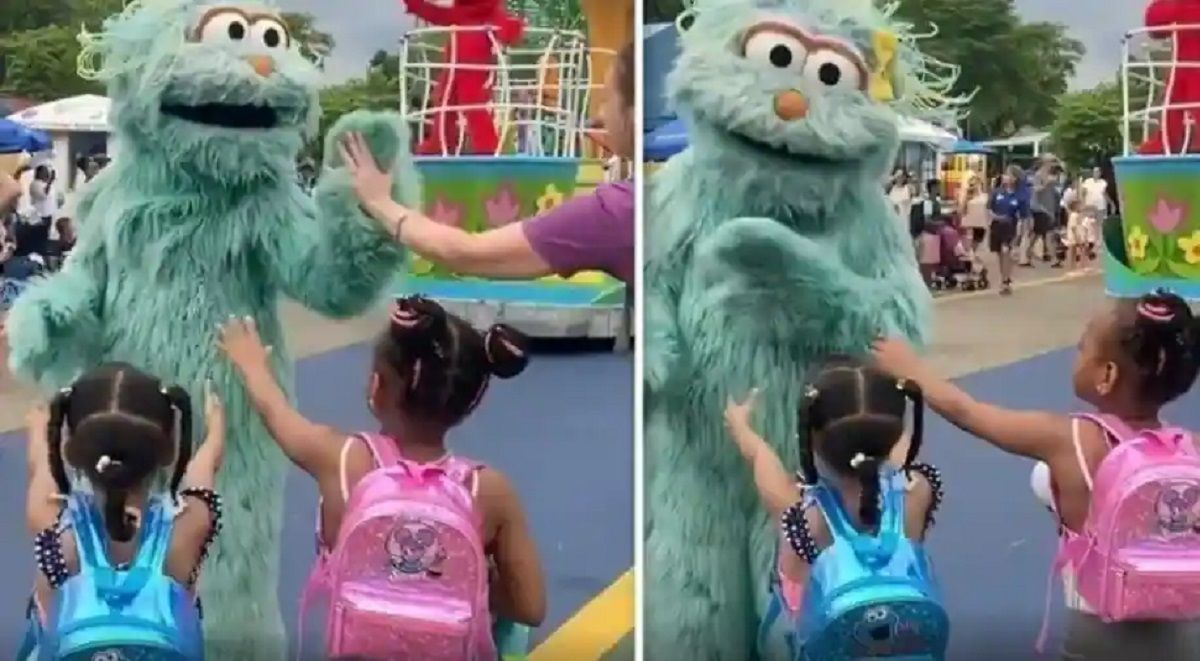 Trending News: A black family based in Baltimore, US has filed a $25 million class action lawsuit for racial discrimination against Sesame Place, an amusement park outside Philadelphia inspired by the popular Sesame Street show.Also Read – Viral Video: Countless Bats Seen Flying Out Of Cave In Mexico, Netizens Are Stunned. Watch

According to reports, Jodi Brown along with her family and friends was visiting the amusement park when during a meet and greet, multiple costumed characters purportedly refused to shake her five-year-old daughter as well as niece’s hands. Also Read – Viral Video: Man Acts Hero By Grabbing Snake Out Of Water, Then Does THIS Hilarious Thing. Watch

The nine-second video, posted to Instagram by Jodi Brown showed the character Rosita high-fiving a white child and woman, then gesturing “no” and walking away from the two girls who had their arms stretched out for a hug and high-five during the parade at Sesame Place in Langhorne.

The incident was captured on camera and since then, the video has gone viral on the realms of social media platforms. Many people expressed outrage online and some called for a boycott of the amusement park.

“I will never step foot in @sesameplace ever again,” Brown said in a post.

In an initial statement Sunday, Sesame Place said the park and its employees stand for “inclusivity and equality in all forms.” The statement also noted that performers sometimes miss requests for hugs because the costumes they wear make it difficult to see at lower levels.

“The Rosita performer did not intentionally ignore the girls and is devastated by the misunderstanding,” the statement said.

The park issued a second statement Monday, apologizing again and promising that it was “taking action to do better.” Among those efforts would be inclusivity training for employees.

Both statements and the video triggered a stark response on social media, which LaMarr said helped shed a light on “the existence of these issues.”