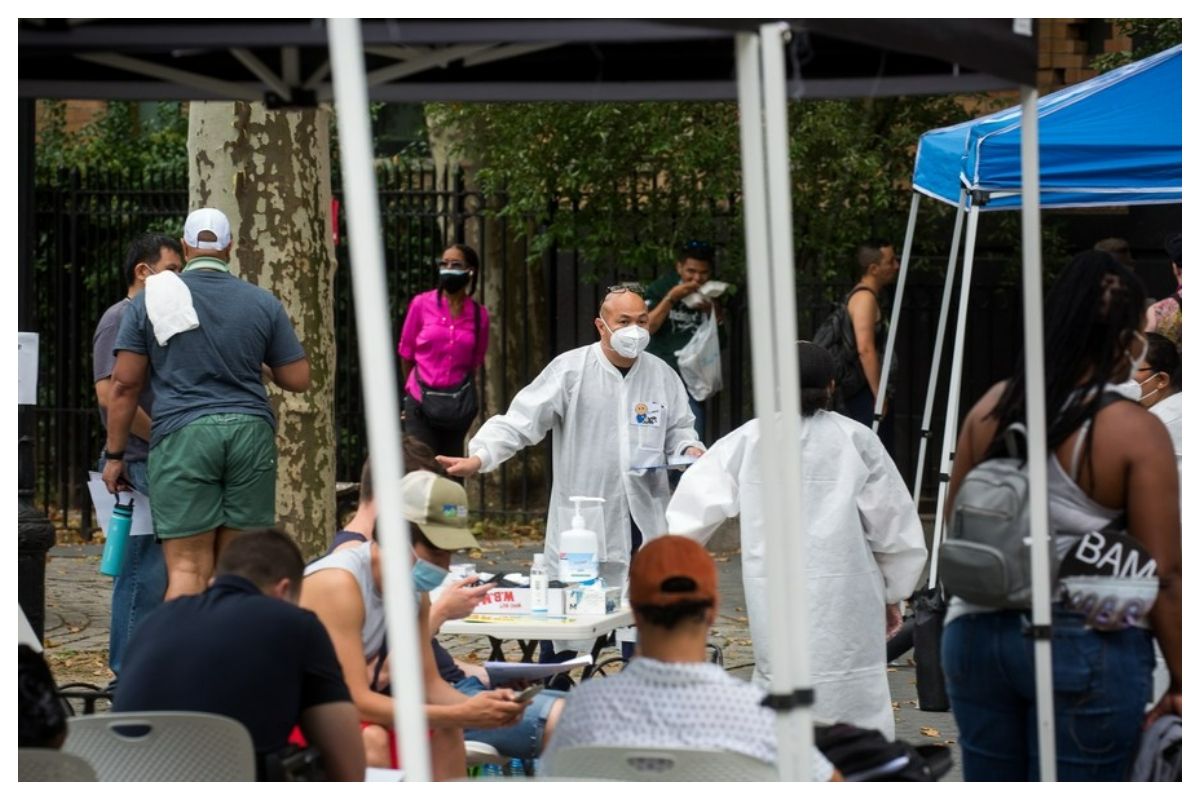 Washington: The total number of monkeypox cases in the US has increased to 5,189 as of Saturday, according to the latest update by the Centers for Disease Control and Prevention (CDC). New York accounted for the highest number of cases at 1,345, followed by California (799) and Illinois (419). So far the US has the world’s highest tally of monkeypox cases. Health experts said due to the testing bottlenecks across the country, cases are likely being undercounted, Xinhua news agency reported.Also Read – US President Joe Biden Again Tests COVID Positive, Sent To Isolation

San Francisco became the first major US city to declare a local health emergency on monkeypox in an effort to strengthen the city’s preparedness and response amid high demand for the vaccine. Also Read – Single Dose Of Antibiotic Can Prevent Syphilis, Gonorrhoea And Other STDs

The declaration, which will go into effect on August 1, allows city departments to mobilize and coordinate more effectively, Mayor London Breed’s office said in a statement.

The San Francisco Department of Public Health had confirmed 281 cases of monkeypox after reporting its first case in early June.

“This declaration means that local health departments engaged in response and prevention activities will be able to access additional state reimbursement, after other federal and state funding sources are maximized, to protect all New Yorkers and ultimately limit the spread of monkeypox in our communities,” Bassett said in a statement.

New York State has secured more than 60,000 Jynneos monkeypox vaccine doses to date, according to the state health department.

So far, 338,000 vaccine doses have been delivered across the country, according to the US Department of Health and Human Services (HHS).

The US Food and Drug Administration has authorized 786,000 additional doses of the Jynneos vaccine, and jurisdictions can place orders starting Friday.

The federal government is continuing to monitor the response to monkeypox and will use that to consider whether to declare the outbreak a public health emergency, HHS Secretary Xavier Becerra said.

Since the US reported the first monkeypox case on May 17, cases have kept going up nationwide, with the highest daily case count jumping to 439 on July 15, according to the CDC.

The CDC has recently confirmed two cases of monkeypox in children. One case is a toddler who is a resident of California. The other is an infant who is not an American resident.

The country has also spotted its first case of monkeypox this year in a pregnant woman last week.