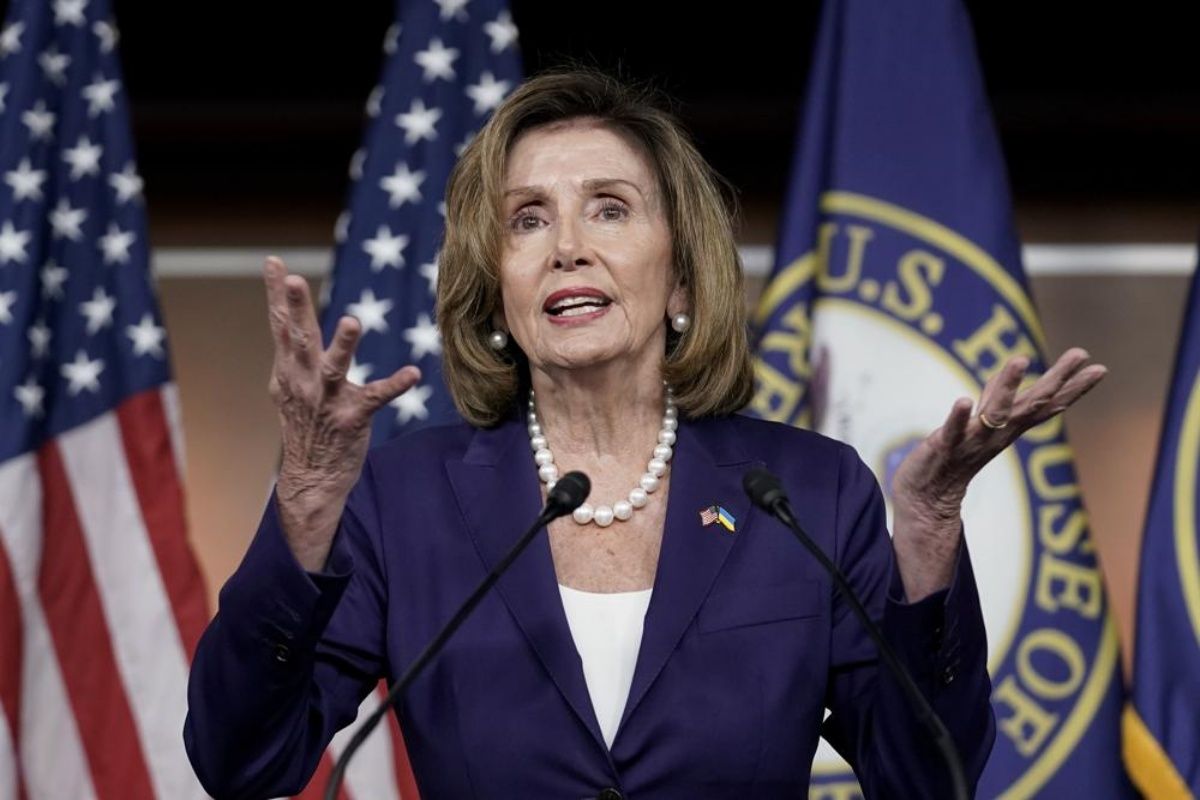 Washington: The US House passed legislation on Friday to revive a ban on certain semi-automatic guns, the first vote of its kind in years and a direct response to the firearms often used in the crush of mass shootings ripping through communities nationwide. Once banned in the U.S., the high-powered firearms are now widely blamed as the weapon of choice among young men responsible for many of the most devastating mass shootings. But Congress allowed the restrictions first put in place in 1994 on the manufacture and sales of the weapons to expire a decade later, unable to muster the political support to counter the powerful gun lobby and reinstate the weapons ban.Also Read – Three Killed, Two Injured In University Campus Shooting In Manila, Shooter Apprehended

Speaker Nancy Pelosi pushed the vote toward passage in the Democratic-run House, saying the earlier ban “saved lives.” President Joe Biden hailed the House vote, saying, “The majority of the American people agree with this common sense action.” He urged the Senate to “move quickly to get this bill to my desk.”

However, it is likely to stall in the 50-50 Senate. The House legislation is shunned by Republicans, who dismissed it as an election-year strategy by Democrats. Almost all Republicans voted against the House bill, which passed 217-213.

The bill comes at a time of intensifying concerns about gun violence and shootings — the supermarket shooting in Buffalo, N.Y.; massacre of school children in Uvalde, Texas; and the July Fourth shootings of revelers in Highland Park, Ill.

Voters seem to be taking such election-year votes seriously as Congress splits along party lines and lawmakers are forced to go on the record with their views. A recent vote to protect same-sex marriages from potential Supreme Court legal challengeswon a surprising amount of bipartisan support.

Biden was instrumental in helping secure the first semi-automatic weapons ban as a senator in 1994. The Biden administration said that for 10 years, while the ban was in place, mass shootings declined. “When the ban expired in 2004, mass shootings tripled,” the statement said.

Republicans stood firmly against limits on ownership of the high-powered firearms during an at times emotional debate ahead of voting.

“It’s a gun grab, pure and simple,” said Rep. Guy Reschenthaler, R-Pa. Said Rep. Andrew Clyde, R-Ga., “An armed America is a safe and free America.” Democrats argued that the ban on the weapons makes sense, portraying Republicans as extreme and out of step with Americans.

Rep. Jim McGovern, D-Mass., said the weapons ban is not about taking away Americans’ Second Amendment rights but ensuring that children also have the right “to not get shot in school.”

Pelosi displayed a poster of a gun company’s advertisement for children’s weapons, smaller versions that resemble the popular AR-15 rifles and are marketed with cartoon-like characters. “Disgusting,” she said.

Jordan replied by inviting her to his congressional district to debate him on the Second Amendment, saying he believed most of his constituents “probably agree with me and agree with the United States Constitution.”

The bill would make it unlawful to import, sell or manufacture a long list of semi-automatic weapons. Judiciary Committee Chairman Rep. Jerry Nadler, D-N.Y., said it includes an exemption that allows for the possession of existing semi-automatic guns.

Reps. Chris Jacobs of New York and Brian Fitzpatrick of Pennsylvania were the only Republicans to vote for the measure. The Democratic lawmakers voting no were Reps. Kurt Schrader of Oregon, Henry Cuellar of Texas, Jared Golden of Maine, Ron Kind of Wisconsin and Vicente Gonzalez of Texas.

For nearly two decades, since the previous ban expired Democrats had been reluctant to revisit the issue and confront the gun lobby. But voter opinions appear to be shifting and Democrats dared to act before the fall election. The outcome will provide information for voters of where the candidates stand on the issue.

Jason Quimet, executive director of the NRA Institute for Legislative Action, said in a statement following the vote that “barely a month after” the Supreme Court expanded gun rights “gun control advocates in Congress are spearheading an assault upon the freedoms and civil liberties of law-abiding Americans.”

He said the bill potentially bans millions of firearms “in blatant opposition to the Supreme Court’s rulings” that have established gun ownership as an individual right and expanded on it.

Among the semi-automatic weapons banned would be some 200-plus types of semi-automatic rifles, including AR-15s, and pistols. The restrictions would not apply to many other models.

Democrats had tried to link the weapons ban to a broader package of public safety measures that would have increased federal funding for law enforcement. It’s something centrist Democrats in tough re-election campaigns wanted to shield them from political attacks by their Republican opponents they are soft on crime.

Pelosi said the House will revisit the public safety bills in August when lawmakers are expected to return briefly to Washington to handle other remaining legislation, including Biden’s priority inflation-fighting package of health care and climate change strategies making its way in the Senate.

Congress passed a modest gun violence prevention package just last month in the aftermath of the tragic shooting of 19 school children and two teachers in Uvalde. That bipartisan bill was the first of its kind after years of failed efforts to confront the gun lobby, including after a similar 2012 mass tragedy at Sandy Hook Elementary School in Newtown, Conn.

That law provides for expanded background checks on young adults buying firearms, allowing authorities to access certain juvenile records. It also closes the so-called “boyfriend loophole” by denying gun purchases for those convicted of domestic abuse outside of marriages.

The new law also frees up federal funding to the states, including for “red flag” laws that enable authorities to remove guns from those who would harm themselves or others.

But even that modest effort at halting gun violence came at time of grave uncertainty in the U.S. over restrictions on firearms as the more conservative Supreme Court is tackling gun rights and other issues.