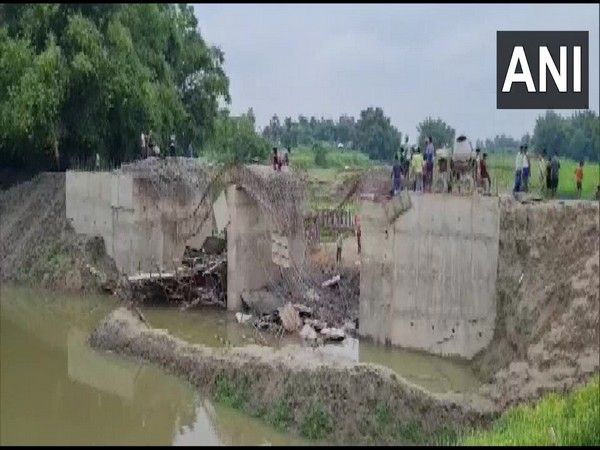 Patna: Several labourers have suffered injuries after an under-construction bridge collapsed in Katihar’s Barari on Sunday. The injured labourers were referred to Purnia for treatment. Speaking about the incident, former MLA of RJD, Niraj Yadav alleged negligence in the work by the concerned department.Also Read – Bihar University Blunder: Student Gets 151 Out Of 100 In Political Science Exam

“Negligence is being done in the work due to the collusion of the sensor and the departmental officers. There are two child labourers also stuck after the incident, which the administration is not disclosing,” he said. Also Read – After Being Bitten by Snake, Bihar Man Captures It & Carries Reptile to The Hospital | What Happened Next

Meanwhile, JDU Barari MLA, Vijay Singh said that the incident will be probed and the responsible ones will not be spared. Also Read – BIZARRE! Snake Bites Man In Bihar, He Captures It, Carries It To Hospital For ‘Correct’ Treatment

“It’s a sad incident. We laid the foundation stone for it 5-6 months ago. It will be probed and those found responsible will not be spared,” he said.