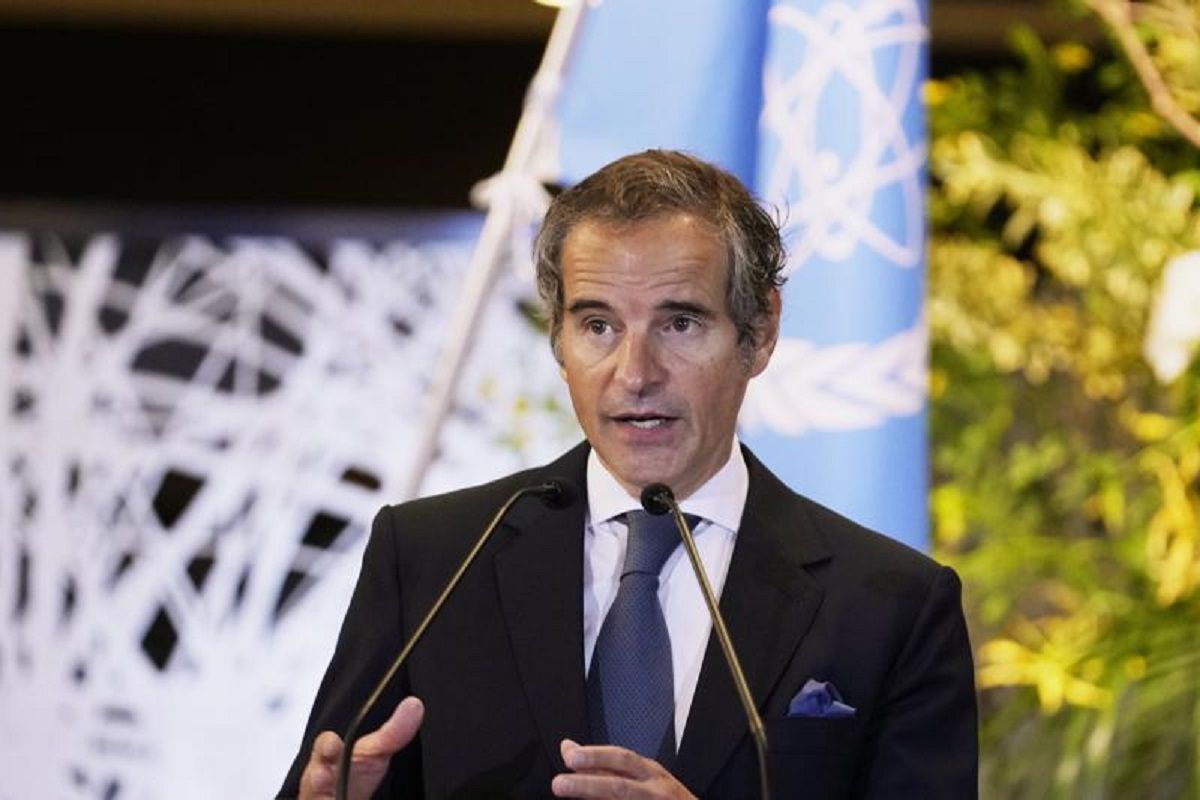 New York: The U.N. nuclear chief warned that Europe’s largest nuclear power plant in Ukraine “is completely out of control” and issued an urgent plea to Russia and Ukraine to quickly allow experts to visit the sprawling complex to stabilize the situation and avoid a nuclear accident.Also Read – Priyanka Chopra In Poland To Meet The Ukrainian Refugees, Says ‘The Situation In Ukraine Is Far From Over…’

Rafael Grossi, Director General of the International Atomic Energy Agency (IAEA), said on Tuesday that the situation is getting more perilous every day at the Zaporizhzhia plant in the southeastern city of Enerhodar, which Russian troops seized in early March, soon after their February 24 invasion of Ukraine. Also Read – WhatsApp, Snapchat Owner Sued by Russian Court Over Data Storage Violations

“Every principle of nuclear safety has been violated” at the plant, he said. “What is at stake is extremely serious and extremely grave and dangerous.” Grossi cited many violations of the plant’s safety, adding that it is “in a place where active war is ongoing,” near Russian-controlled territory. Also Read – Russia Says Will Quit International Space Station After 2024

The physical integrity of the plant hasn’t been respected, he said, citing shelling at the beginning of the war when it was taken over and continuing information from Ukraine and Russia accusing each other of attacks at Zaporizhzhia.

There is “a paradoxical situation” in which the plant is controlled by Russia, but its Ukrainian staff continues to run its nuclear operations, leading to inevitable moments of friction and alleged violence, he said. While the IAEA has some contacts with staff, they are “faulty” and “patchy,” he said.

Grossi said the supply chain of equipment and spare parts has been interrupted, “so we are not sure the plant is getting all it needs.” The IAEA also needs to perform very important inspections to ensure that nuclear material is being safeguarded, “and there is a lot of nuclear material there to be inspected,” he said.

“When you put this together, you have a catalog of things that should never be happening in any nuclear facility,” Grossi said. “And this is why I have been insisting from day one that we have to be able to go there to perform this safety and security evaluation, to do the repairs and to assist as we already did in Chernobyl.”

The Russian capture of Zaporizhzhia renewed fears that the largest of Ukraine’s 15 nuclear reactors could be damaged, setting off another emergency like the 1986 Chernobyl accident, the world’s worst nuclear disaster, which happened about 110 kilometers (65 miles) north of the capital Kyiv.

Russian forces occupied the heavily contaminated site soon after the invasion but handed control back to the Ukrainians at the end of March. Grossi visited Chernobyl on April 27 and tweeted that the level of safety was “like a `red light’ blinking.” But he said on Tuesday that the IAEA set up “an assistance mission” at Chernobyl at that time “that has been very, very successful so far.”

The IAEA needs to go to Zaporizhzhia, as it did to Chernobyl, to ascertain the facts of what is actually happening there, to carry out repairs and inspections, and “to prevent a nuclear accident from happening,” Grossi said.

The IAEA chief said he and his team need protection to get to the plant and the urgent cooperation of Russia and Ukraine.

Each side wants this international mission to go from different sites, which is understandable in light of territorial integrity and political considerations, he said, but there’s something more urgent and that is getting the IAEA team to Zaporizhzhia.