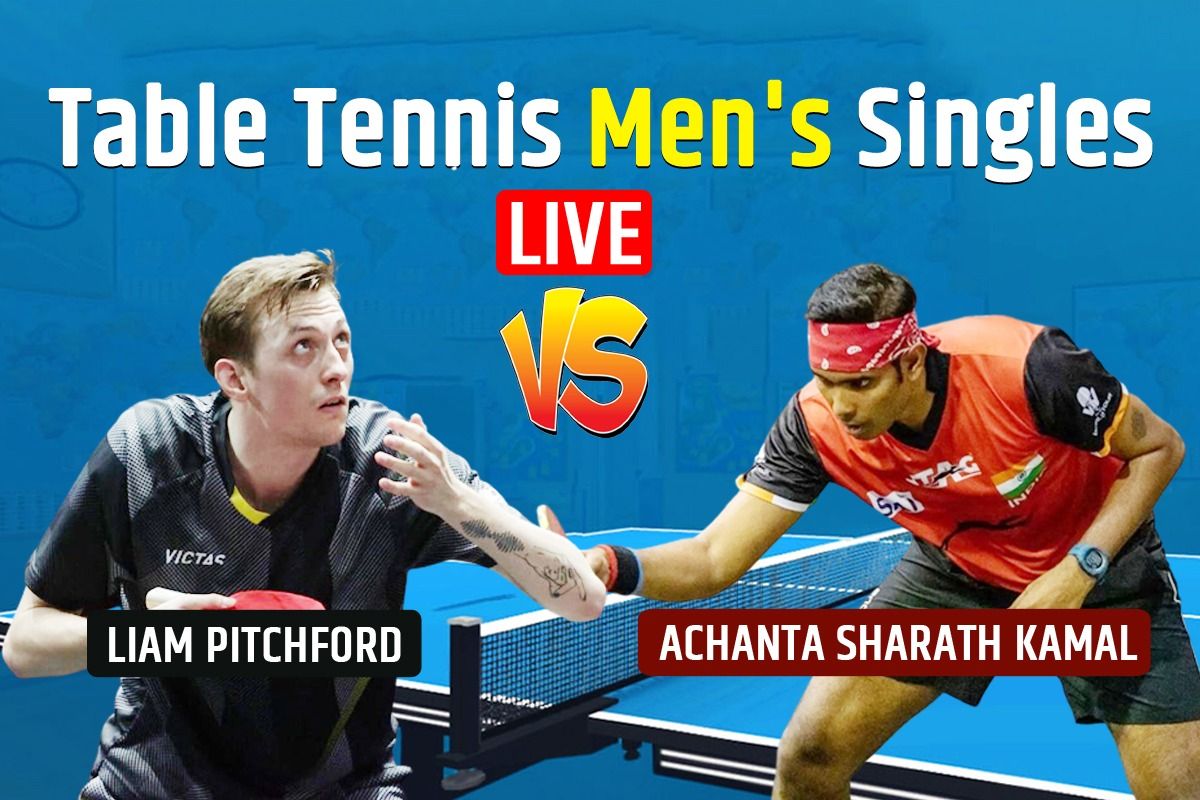 The grand old man of Indian table tennis, Achanta Sharath Kamal turned the clock back to make his first singles final since 2016 as he prevailed over Paul Drinkhall of England to set up a summit clash with another Englishman Liam Pitchford, who got the better of India’s G Sathiyan to prevent an all-Indian men’s singles final.Also Read – Commonwealth Games 2022 (CWG) Closing Ceremony LIVE Streaming: When And Where To Watch In India

Sharath, who had already won gold in Men’s Team competition here, had along with his partner G Sathiyan lost to Drinkhall and Pitchford in the Men’s Doubles final, settling for a silver. Sharath and SAthiyan had lost to Drinkhall and Pitchford 3-2 in a closely fought match, going down 11-8, 8-11, 3-11, 11-7, 4-11 to settle for a silver medal. Also Read – LIVE India vs Australia Men’s Hockey Commonwealth Games Final 2022: Manpreet Singh and Co Settle For Silver; Aussies Win 7-0

So, the Men’s Singles semifinals was a perfect setting for revenge for the Indians as Sharath was up against Drinkhall and Sathiyan was to play against Pitchford. Also Read – Indian Men’s Hockey Team Settle For Silver; Australia Win 7-0 to Grab 7th CWG Gold Medal