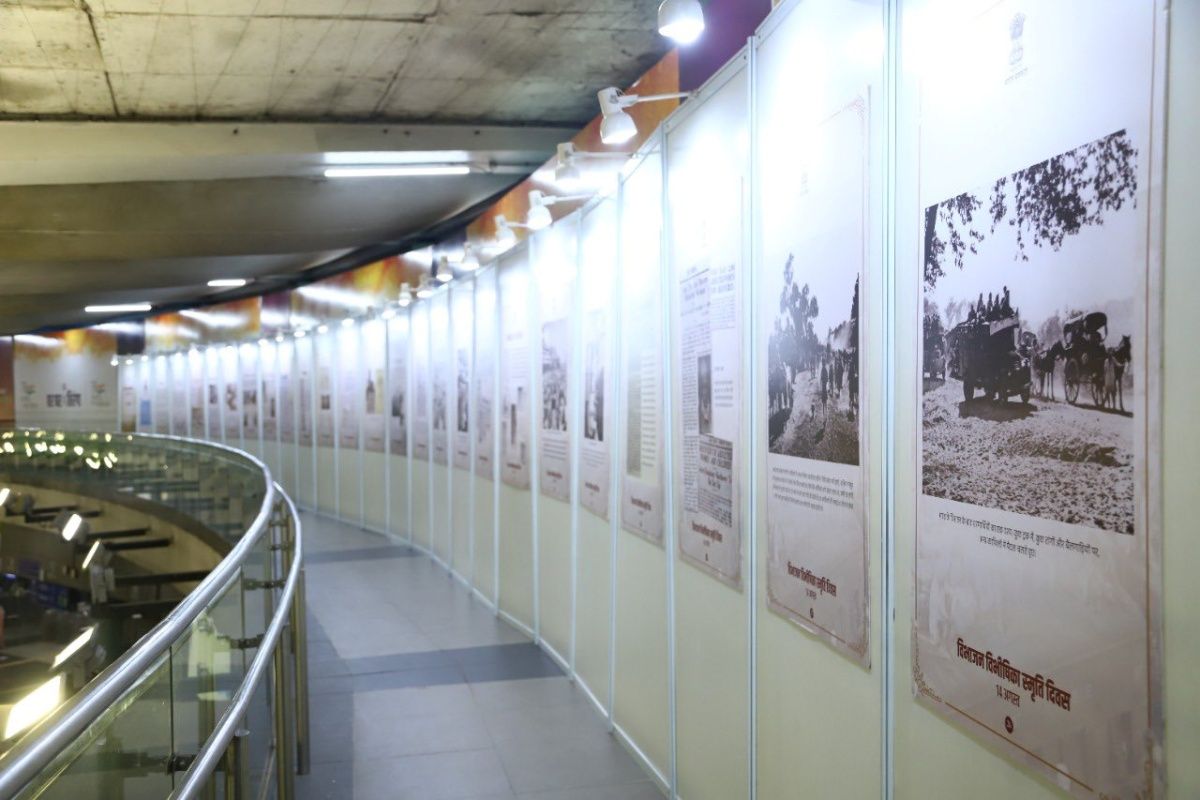 Delhi: The India-Pakistan partition is etched as one of the most horrific incidents in the history of both nation. Nonetheless it is also an important part of the cultural fabric that India is today. The partition was a result of the Indian Independence from the British imperial rule in 1947. Till date, just the idea of it is extremely heart wrenching. Sometimes, it is more like a passing though to know in details about it, and what if you we tell you that now you can briefly spend some time and take peek into the partition narratives? Yes, now  a thematic exhibition on the Partition of India is open at the Rajiv Chowk Metro Station in Delhi. It was inaugurated on Wednesday, said officials.Also Read – Independence Day 2022: Interesting Facts About Indian National Flag Everyone Must Know

The exhibition is to mark Partition Horrors Remembrance Day on August 14 and was inaugurated by Delhi Metro Rail Corporation (DMRC) chief Vikas Kumar in the presence of its directors and senior citizens. Prime Minister Narendra Modi on August 14 last year had announced that the day would be observed as Partition Horrors Remembrance Day in the memory of the struggles and sacrifices of people.

“Partition Horrors Remembrance Day has been envisaged to bring to light the agony, suffering and pain of millions of people who were the sufferers of the Partition. It is to remind the country of the largest displacement of human population in the last century, which also claimed the lives of a large number of people,” read a DMRC statement.

A leaf into Partition

Today’s generation probably knows only what is the tip of the iceberg when it comes the history of this event. Mostly, what people know is from the history we read in school, books or movies that are loosely based on few of its stories. But there is a lot that happened and lot that did not and we probably are not aware. Also, not everything is documented barring a few things that are now a part of the Partition Archives.

The Partition of India in its most basic form is a story of unprecedented human displacement and human migration. It is story in which millions sought new homes in environment that were alien and restive

This could be a great opportunity, specially for history buffs, to get a glimpse of partition horrors. Sometimes, the history could be extremely hurtful, but at the same time it is necessary to remember it and preserve it.