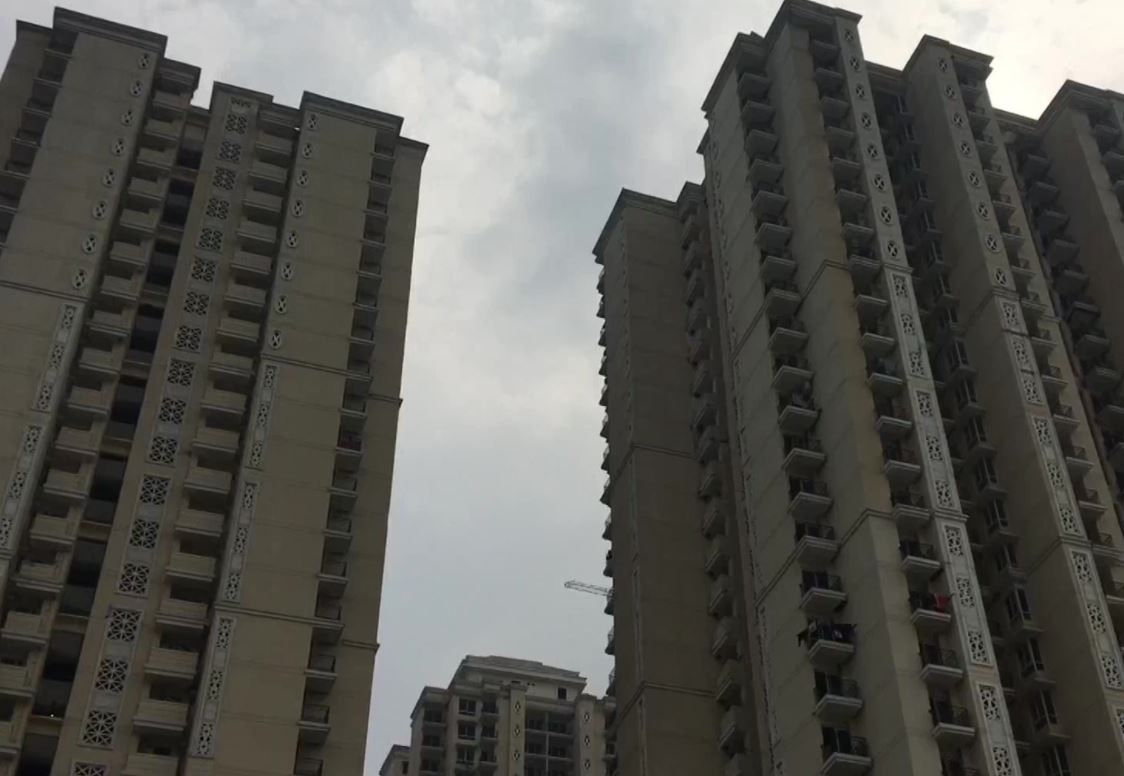 Noida: In an unusual sight, several residents of an 18-storey building of a housing society in Greater Noida were seen crossing over to the adjacent tower using wooden planks on Sunday after the only lift in the building stopped working five days earlier. The people living in the upper floors of Tower D of Elegant Villa said it was much easier to cross over to Tower E and use the lift of that building instead of climbing down the stairs, reported the Times of India.Also Read – Elderly Noida Couple Forced To Live On Stairs, Finally Got Their Flat. What Do Tenancy Laws Say

The residents have put two plywood slabs on either side of the parapet wall and a third to cover the gap between the two buildings as a temporary arrangement, the TOI report added. And it’s not just the adults who have been using this “short cut”, but school children with bags on their shoulders, too, have been using the wooden planks to get over to the other building. Though the gap between the two parapet walls is just two feet, the risk of slipping through it cannot be undermined. Also Read – Monkeypox Alert: Suspected Case of Virus Reported in UP’s Noida, Authorities on Alert

“Yes, we know there is risk involved in crossing over from one building to another with a wooden plank. But what can we do? We can’t walk up and down 18 floors every day,” Sushant Mohanty, a Tower D resident was quoted as saying by TOI. “We have been taking our kids too like this. They have their school and they can’t afford to skip it as exams are on. But we are extra careful when taking them to the other tower,” he added. Also Read – BREAKING: IT Department Raids Multiple Hospitals of Noida, Faridabad And Gurugram Over Tax Evasion. Deets Here

A senior official of the maintenance agency claimed it was only two days since the lift was not working. He also insisted that it had been repaired on Sunday evening. A guard at the society, however, told TOI late in the evening that the lift was yet to be fixed. The residents of Tower D also contested the maintenance official’s claim. The 18-storey building is home to around 60 families with six flats on each floor.