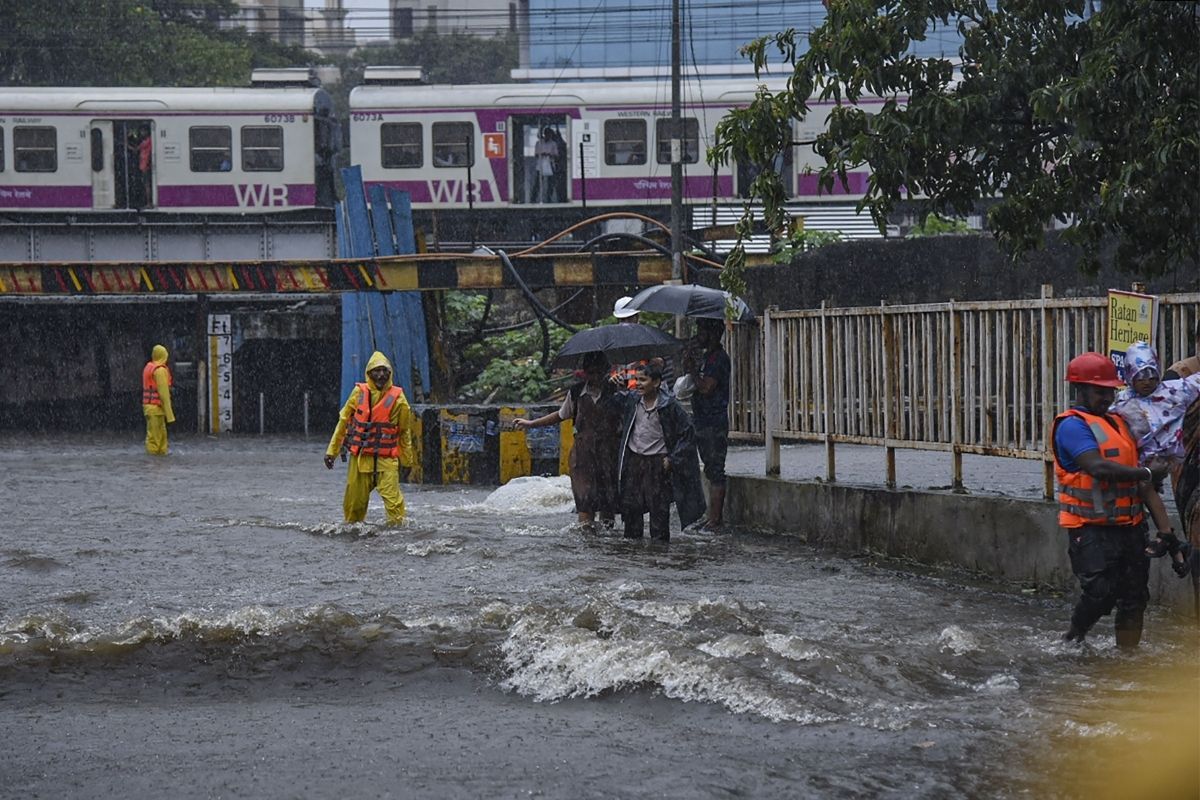 Telangana Rains Latest Update: At least three people died, and one went missing as incessant rains have brought normal life to a halt in Telangana. As per reports, two persons died in a building collapse in Warangal town early on Saturday, while a person on a motorbike died after hitting a road divider in a flooded area of Medak district.Also Read – Weather Update: IMD Predicts Heavy Rainfall For Chennai On August 1, Several Districts To Receive Strong Wind Too

On the other hand, the Indian Metrological Department (IMD) has issued red alert for Telangana state for the next two days- 23-25 July. Notably, the state for the last 2-3 days has been witnessing heavy rainfall with Hyderabad reporting losses from shopkeepers and inconvenience due to water logging for the residents. Also Read – Uttarakhand Weather: Dehradun, Nainital, Chamoli On High Alert; Part of Badrinath NH-7 Washed Away Due To Heavy Rain

Road traffic was hit on some key highways including Hyderabad-Nagpur and Medak-Hyderabad highways as breaches in lakes flooded the roads at few places.

Shivampet mandal (block) in Medak district experienced heavy rains. The road link between Havelighanpur and Gangapur was cut as the bridge collapsed due to heavy rains. Six cows were washed away in the floods. District administration in Medak declared a holiday for all schools.

Low-lying areas in and around Hyderabad were inundated. Bhandari layout in Nizampet was flooded with rain water entering houses. Cellars of several multi-storied buildings were filled with rain water.

Apart from this, the IMD has also stated that very heavy rainfall is likely in Gujarat, Rajasthan, Madhya Pradesh, Chhattisgarh, Odisha, Vidarbha and Coastal Andhra Pradesh today and over Saurashtra and Kutch and West Madhya Pradesh on 23 and 24 July and decrease thereafter.

In the meantime, Rajasthan has reported heavy rainfall with Kota’s Ladpura area recording the highest rainfall in the last 24 hours. The IMD has forecast more rain in the state in the coming days.

According to IMD, heavy rainfall is likely over Odisha on 24 and 25 July, Sub-Himalayan West Bengal and Sikkim 23 and 27 July. Gangetic West Bengal on 24 July, Andaman and Nicobar Islands on 23 and 24 July and over Bihar on 27 July.