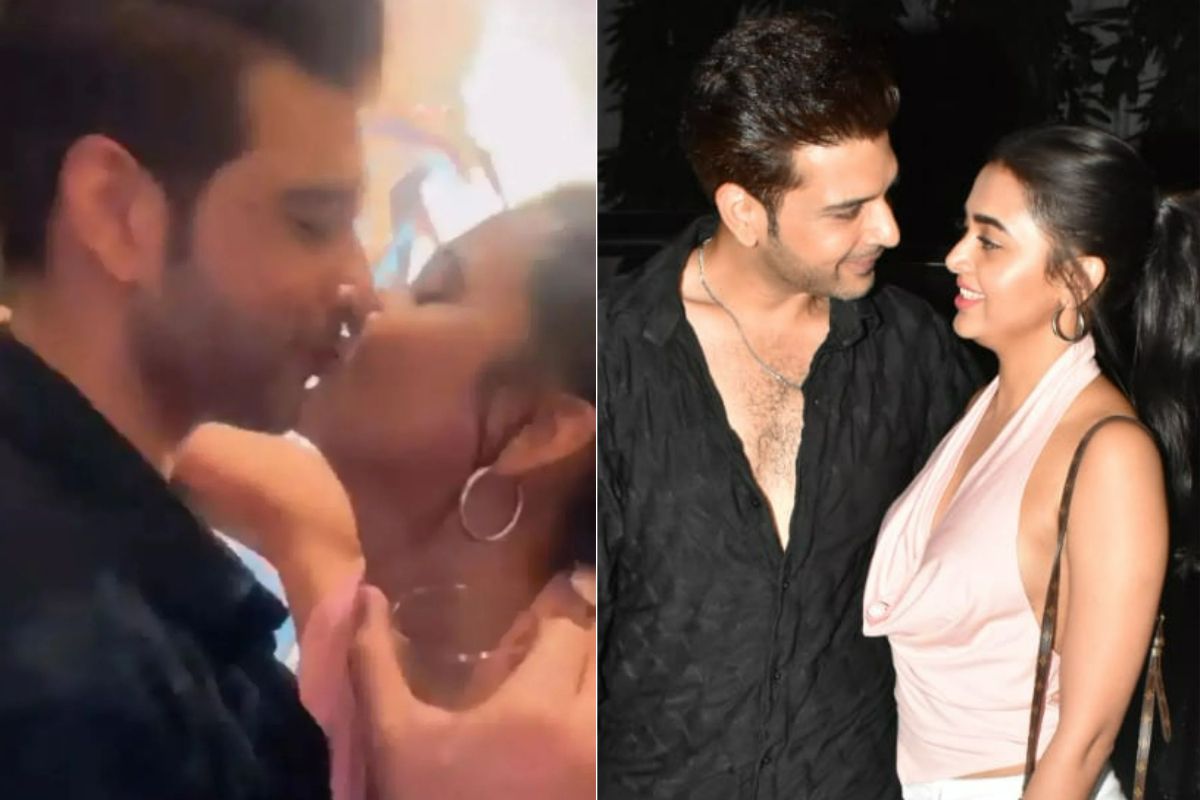 Tejasswi-Karan intimate video goes viral: Tejasswi Prakash and Karan Kundrra attended the birthday party of Bollywood producer Venessa Walia on Sunday night. The couple, who’s more fondly addressed as #TejRan, dressed up in their stylish attires and created waves on the internet with their viral pictures from the party. However, now a viral video of the duo from inside the party is floating on the internet in which they are seen sharing a kiss.Also Read – Tejasswi Prakash Spices Things up in a Hot Backless Top, Fans Cheer For #TejRan – See Viral Pics

Tejasswi and Karan are seen locking lips in a viral video from the party. As the couple realises they are being filmed, Karan jokes and says ‘please post it,’ Tejasswi requests to ‘not post’ the video. The clip, however, is doing the rounds on social media and is being shared widely by the #TejRan fan clubs. Also Read – Tejasswi Prakash Sings Lata Mangeshkar’s Romantic Track ‘Na Jiya Lage Na,’ Karan Kundrra Reacts – Watch

Karan and Tejasswi looked extremely stylish at the party as they posed together for the paparazzi and also flaunted their beautiful chemistry. For the do, Teja chose to go bold in a backless satin pink top with a plunging neckline and a pair of white denim. Karan was casually dressed in a black shirt with a pair of grey pants.

Several pictures of the Bigg Boss 15 couple are being shared on Instagram and Twitter and all of them speak volumes of their bonding and style. Don’t they just go cuter with every new picture or video online? What are your thoughts on their new intimate video here?