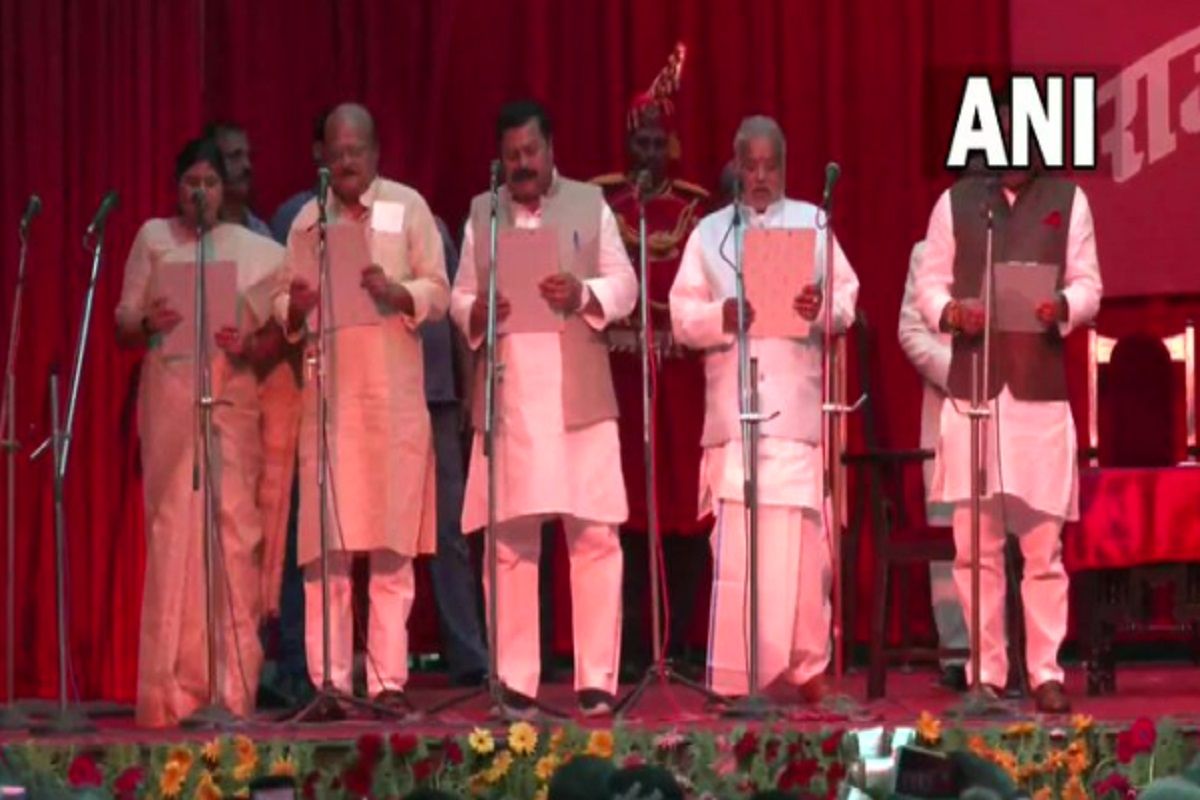 Bihar Cabinet Expansion: Days after JDU president Nitish Kumar took oath as the chief minister of Bihar for eight time with Tejashwi Yadav as his deputy, 31 MLAs sworn in as ministers on Tuesday.  The RJD, which has the highest number of lawmakers in the Bihar Assembly got 16 ministerial berths and the JD(U) got 11. Two from Congress, one from ex-CM Jitan Ram Manjhi’s Hindustani Awam Morcha (HAM) and one Independent were also inducted into team Nitish.Also Read – Bihar Cabinet Expansion: 16 Ministers From RJD, 11 From JD(U) to be Inducted | Full List

When Will Portfolios be Allocated?

Speaking to reporters after cabinet expansion, Bihar CM Nitish Kumar said,”The portfolios will be allocated shortly. I will hold a meeting of the entire cabinet today once again.” For the unversed, Nitish Kumar had broken away from the BJP and formed a government with the RJD and other parties earlier this month. Also Read – Bihar Cabinet Expansion Today, RJD to Get Major Share of Seats. List of Probable Ministers’ Names Here

It was in 2020 when the BJP- JD(U) combined won the Assembly election for Bihar and Nitish Kumar was made the chief minister, despite BJP being the single largest party. CM Nitish Kumar had deserted the NDA for the first time in 2013 after Narendra Modi became the coalition’s Prime Ministerial candidate and then again ditched his coalition with the RJD-Congress combine in 2017 to walk back into the NDA camp.

What began as a tiff between the two partners ended up in a full-blown split after Nitish Kumar accused the BJP of trying to split his party and suspected former union minister and JD(U) leader RCP Singh to be in cahoots with the saffron camp. Singh, once a close aide of Nitish Kumar, soon resigned over charges of corruption and admitted that joining the BJP was an option.