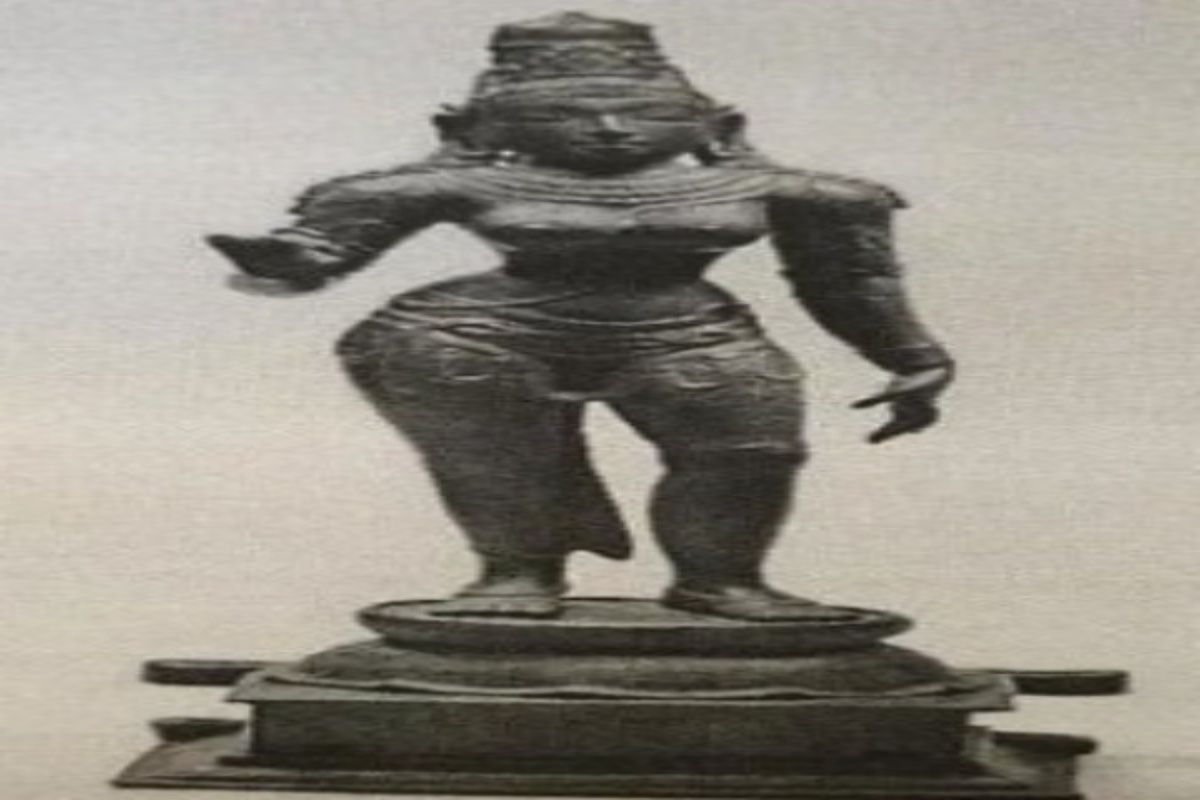 Chennai:  An idol of Goddess Parvati, that went missing from Nadanapureshwarar Sivan Temple at Kumbakonam, Tamil Nadu has been traced by the Tamil Nadu Police Idol Wing. The idol was stolen nearly half a century ago in 1971. The police wing was able to trace this long stolen idol to the Bonhams auction house in New York, officials said on Monday. According to the police, the Parvati idol was part of five idols that were burgled from the temple at on May 12, 1971.Also Read – Nandi idol stolen from temple in Andhra Pradesh

Albeit a complaint was given with the local police back in 1971, it was only in 2019 when temple trustee K. Vasu lodged an FIR again when the case got some attention. In the complaint, Vasu said that he had seen the locks of the temple broken while reaching there for worship and then two trustees of the temple had complained to the Nachiarkoyil police and the inspector had visited the temple. It received attention only recently after the Idol Wing Inspector M Chitra took up the investigation, started browsing for the Parvati idols of the Chola period in various museums and auction houses abroad.

After tracing one, senior officers told IANS that they are trying to trace the remaining four idols.

The copper-alloy idol of the Chola period circa 12 century measures about 52 cm in height and is valued at US$ 212,575 (about Rs 1,68,26,143), a release from the Idol Wing said. Parvati or Uma as the Goddess is commonly known in South India is portrayed in standing position. She is seen wearing a crown, called a karanda mukuta of piled rings diminishing in size and culminating in a lotus bud.

The patterns in the crown are repeated in the necklaces, armbands, girdle, and garment, embellishing the bronze texture.

Police have now commenced the process to retrieve the idol and bring it back to India under the UNESCO’s World Heritage Convention 1972.