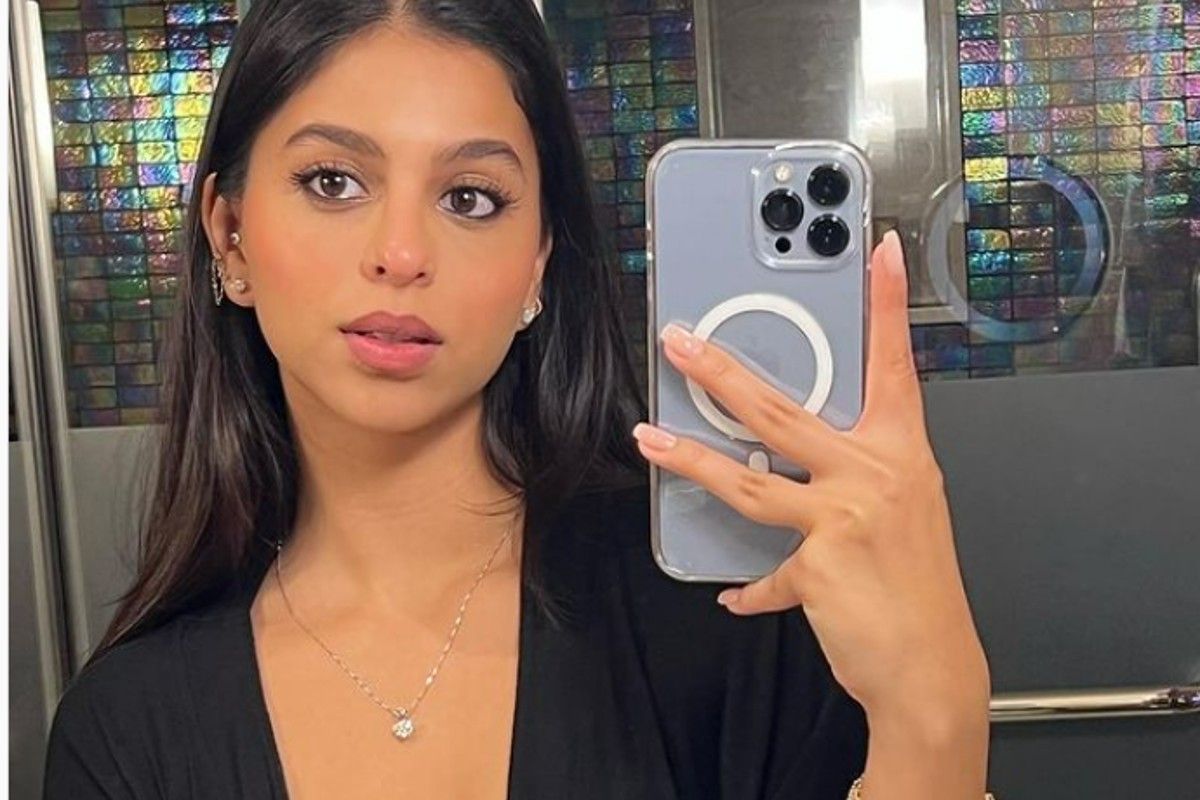 One of the most popular star-kids of B-town- Suhana Khan, daughter of superstar Shah Rukh Khan and Gauri Khan is all set for her big Bollywood debut with Zoya Akhtar’s multi-starrer film ‘The Archies’. Although Suhana is yet to be a part of showbiz industry, the upcoming actress is already an Instagram sensation and has a huge fan base of the photo sharing app. On Wednesday, Suhana shared a stunning picture on herself on Instagram and her fans just can’t take their eyes off the stunning beauty. The star kid captioned the photo: “Get ready w me!”Also Read – Suhana Khan Flaunts Hot Waistline in Casual Look, Joins The Archies Co-Star Agastya Nanda Over Dinner – See Pics

In the photo, Suhana can be seen dressed in a black cardigan paired with nude colour camisole as she poses for the mirror selfie.

Meanwhile, talking about Suhana’s debut film ‘The Archies’ which is the Indian adaptation of the popular comic Archies will stream on Netflix in 2023.

In the film, Agastya Nanda will play the titular character of Archie, while Khushi Kapoor and Suhana Khan will play Veronica and Betty, respectively.