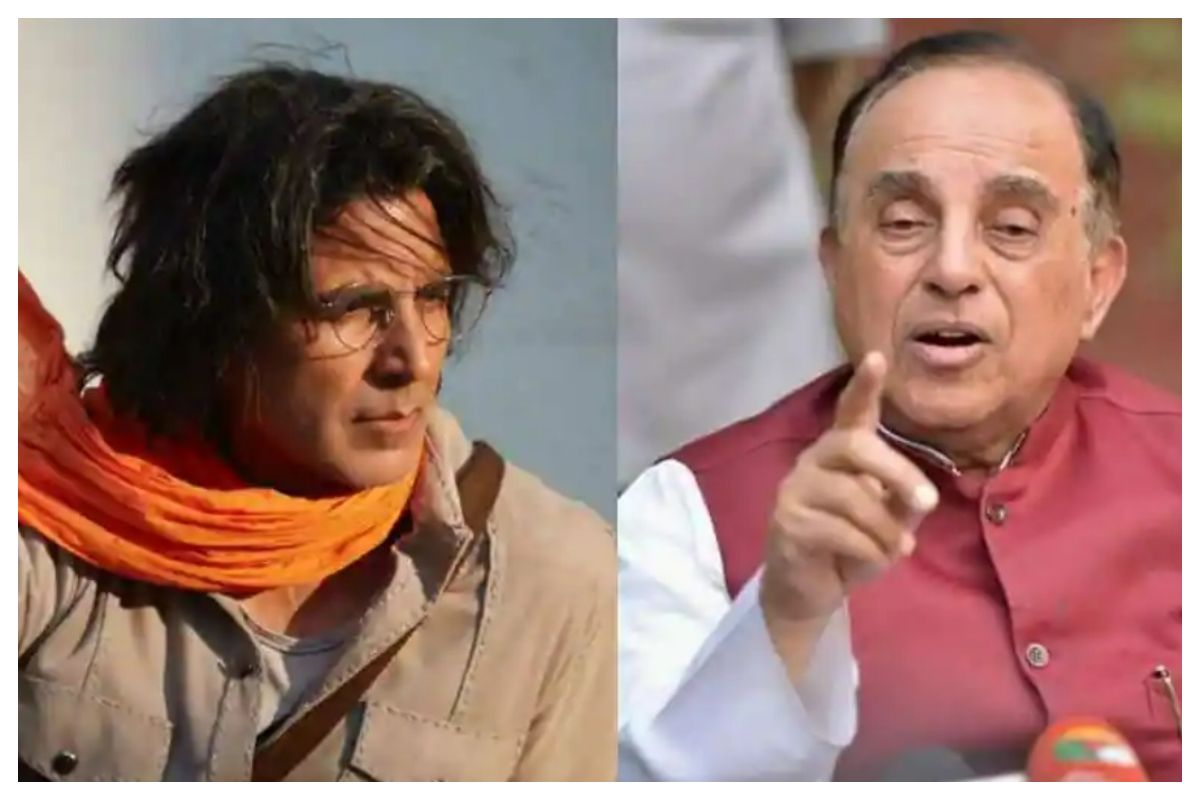 Mumbai: Actor Akshay Kumar is on the target of BJP leader Subramanian Swamy for his upcoming film Ram Setu. Swamy alleges that wrong facts are being shown about Ram Setu in Akshay’s film. In two tweets on Saturday, he said that he will file a case against the makers of the film and Akshay Kumar. Swamy has said that if Akshay Kumar is a foreign national, then we can ask for his arrest and eviction from the country. Swamy wrote in the first tweet, “The suit for compensation has been finalised by my associate Satya Sabharwal Adv. I am suing Akshay Kumar, actor & Karma Media for damages cause by falsification in portrayal of the Ram Setu issue in their film for release.”Also Read – Why Are More Women in Sri Lanka Turning To Sex Work?

The suit for compensation has been finalised by my associate Satya Sabharwal Adv. I am suing Akshay Kumar, actor & Karma Media for damages cause by falsification in portrayal of the Ram Setu issue in their film for release.

If Actor Akshay Kumar is a foreign citizen then we can ask he be arrested and evicted his adopted country.

Akshay Kumar was also trolled for the poster of Ram Setu

Recently, a poster of Ram Setu was released after which Akshay Kumar was trolled a lot on social media. In this poster, Akshay is standing in a cave-like place with a flame torch in his hand. Jacqueline Fernandez is standing beside him but she is holding an electric torch. Netizens trolled both the artists a lot by asking why didn’t both the artists carry electric torches.

In Ram Setu, Akshay plays the role of an archaeologist, who is working to find out the truth about the Ram Setu between India and Sri Lanka. Apart from Mumbai, the film has been shot in Ayodhya and many different locations in Uttar Pradesh. The shooting of the film started in Mumbai, but its muhurat shot was taken in Ayodhya.

Ram Setu to release on October 24

Apart from Akshay, the film also stars Jacqueline Fernandez and Nushrat Bharucha in lead roles. The film is directed by Abhishek Sharma and produced by Vikram Malhotra and Aruna Bhatia. Dr Chandraprakash Dwivedi is the creative producer of the film. Ram Setu is likely to release on 24 October 2022.