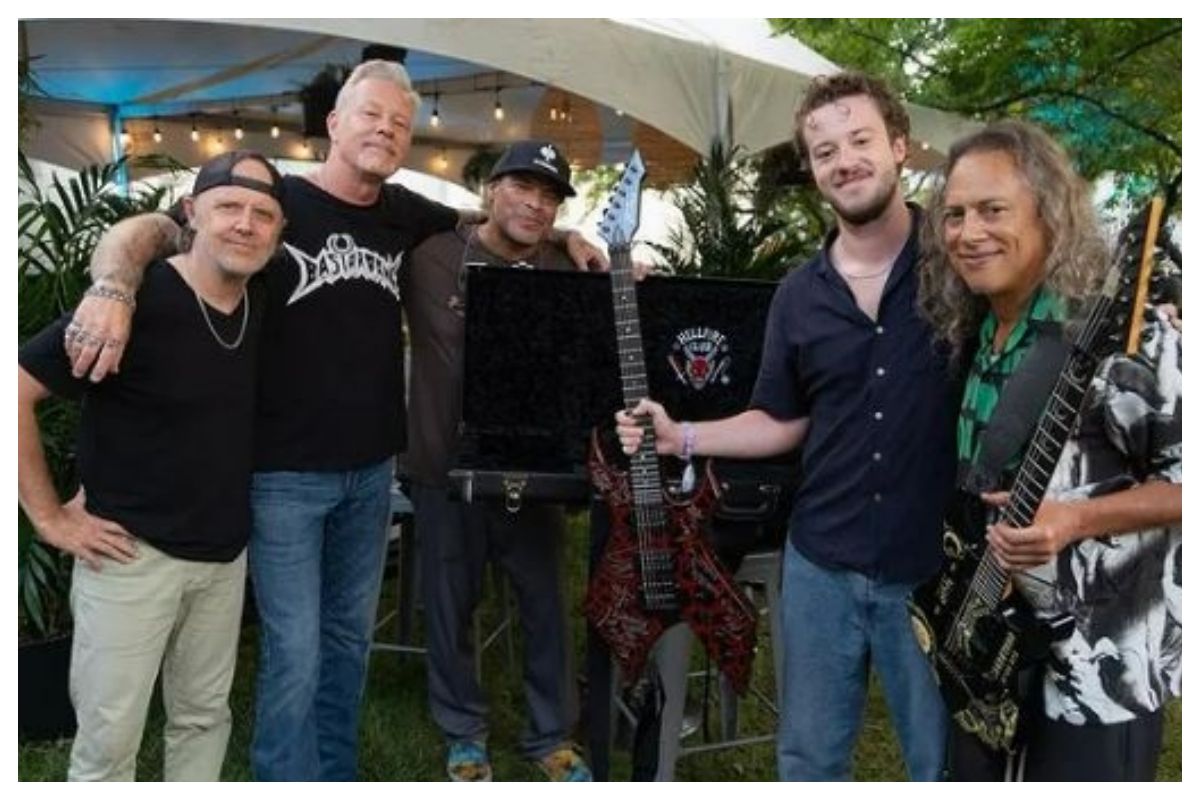 Los Angeles: Actor Joseph Quinn, who plays a heavy metal fan on “Stranger Things“, not only got to meet band Metallica at Lollapalooza, but share a jam session to the song “Master of Puppets” with the band backstage. Quinn’s character Eddie did have a crucial scene with that very track in the show, reports eonline.com. In a video shared to Metallica’s Instagram, Quinn took viewers with him as he met the iconic group.Also Read – Vince Gilligan Hints At Walt, Jesse Appearing In ‘Better Call Saul’

And while it’s safe to say Joseph (and his character Eddie) are fond of Metallica, the admiration is mutual. Also Read – BTS ARMY Says ‘J-Hope is The Palette,’ as Jung Ho-seok Opens up on Lollapalooza Setlist on IU’s Palette

“Have been since season one,” Hetfield said.

“My kids and I, it’s been a bonding experience for us.”

On the topic of “Master of Puppets”, Joseph noted that he had the song on repeat for two years.

He added: “I feel very connected to you guys.”

The actor became even more connected to the rockers when they asked him “to go jam” backstage.

After shredding on the six-string with the band, Joseph was gifted a red guitar equipped with all their signatures.

Although the 29-year-old teased that he was “a bit rusty,” the group was more than impressed.

Meanwhile, drummer Lars Ulrich looked at the camera and said: “We’d like to make an announcement. Metallica is now a five piece.”