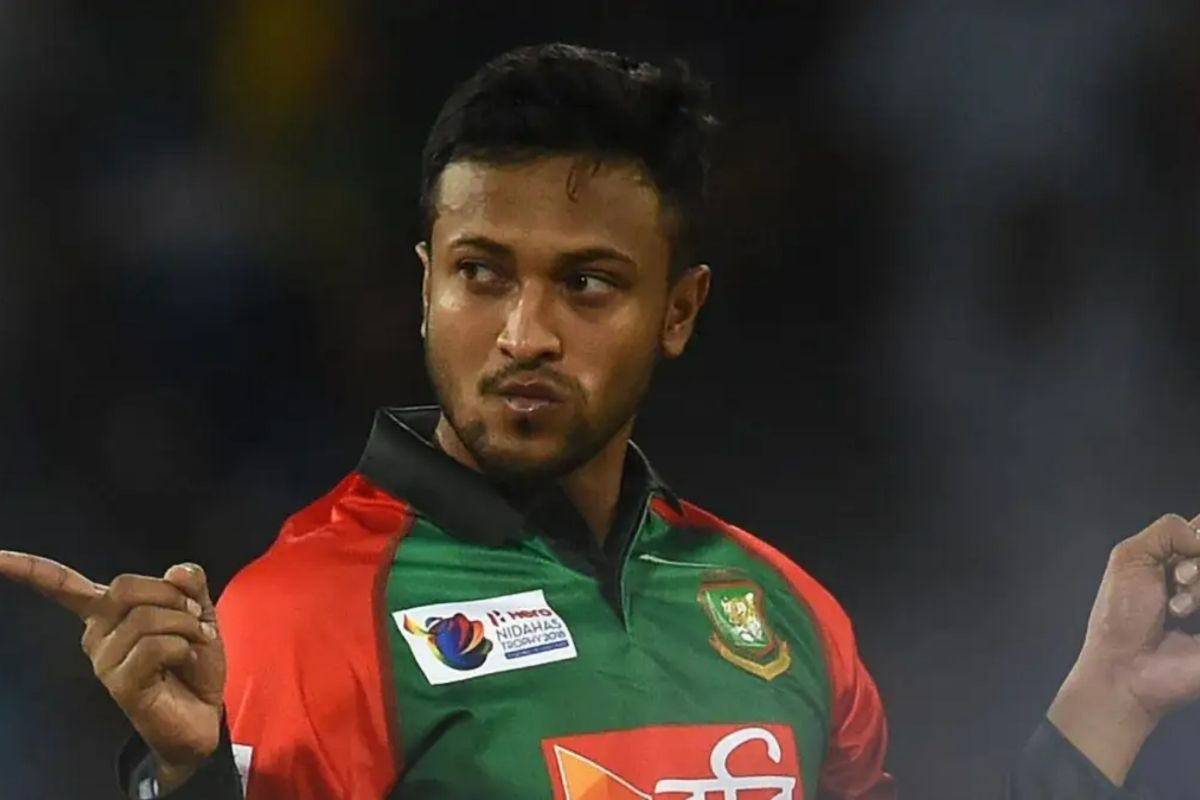 Shakib’s decision came shortly after Nazmul Hassan, the BCB president, had stated that the star cricketer would never play for Bangladesh again if he did not end his “affiliation with a betting company”. Also Read – West Indies vs Bangladesh Live Streaming 1st ODI: Squads, Timing, When And Where To Watch

According to Yunus, the all-rounder informed the BCB of his decision in a letter on Thursday evening. Also Read – Bangladesh Pacer Shohidul Islam Ruled Out Of West Indies Tour Due to Injury

“Shakib has informed us shortly before (now) that he has terminated the contract with the company. He said that all social media posts pertaining to that sponsorship will be deleted,” Yunus told ESPNcricinfo.

As per the existing laws of Bangladesh, there are stringent prohibitions on establishments that facilitate gambling. Allowing gambling businesses to function is in contravention to the law as well as the country’s constitution.

Shakib’s endorsement with the betting company was reportedly a violation of this law.

On August 2, the 35-year old cricketer put out a social media post announcing his partnership with Betwinner News. A couple of days later, Hassan said that the board will investigate Shakib’s sponsorship post. Thereafter, Betwinner News put out a message on their homepage saying it “doesn’t have any relation to any kind of betting or gambling activities” and that it’s a “sports news portal only”.

On Wednesday afternoon, Hassan said that Shakib had to choose between playing for Bangladesh and keeping his endorsement with the company, giving the allrounder a day to make his decision.

He said that the BCB recognised “Betwinner News as a surrogate company of the betting company Betwinner”.

“The law is clear-cut about what companies are prohibited (by the BCB), and this company is related to betting. You can call Betwinner News as a news (company), but it is branded as a betting company. It is a part (of the betting company). We have said that it cannot be related (to a betting company),” Hassan had said.

“He (Shakib) has to decide if he wants to play for Bangladesh, or stay with betting. There’s no scope of keeping that association. He has to come out of it completely. Let alone the captaincy, he won’t be in the team. There’s no discussion. We have taken a very clear decision. Anyone who has any affiliation with a betting company can’t have a connection with the Bangladesh Cricket Board. We will not take him in the team unless we get a satisfactory answer from him,” he added.

Shakib backing out of the contentious deal puts him back in the running to take over the T20I captaincy. He was originally thought to be Bangladesh’s captain in the format for the upcoming Asia Cup, before he made the social media post.

The situation with Shakib, and a number of injuries, delayed Bangladesh in naming their squad for the tournament. They are now likely to make the announcement on Saturday, well past the deadline.