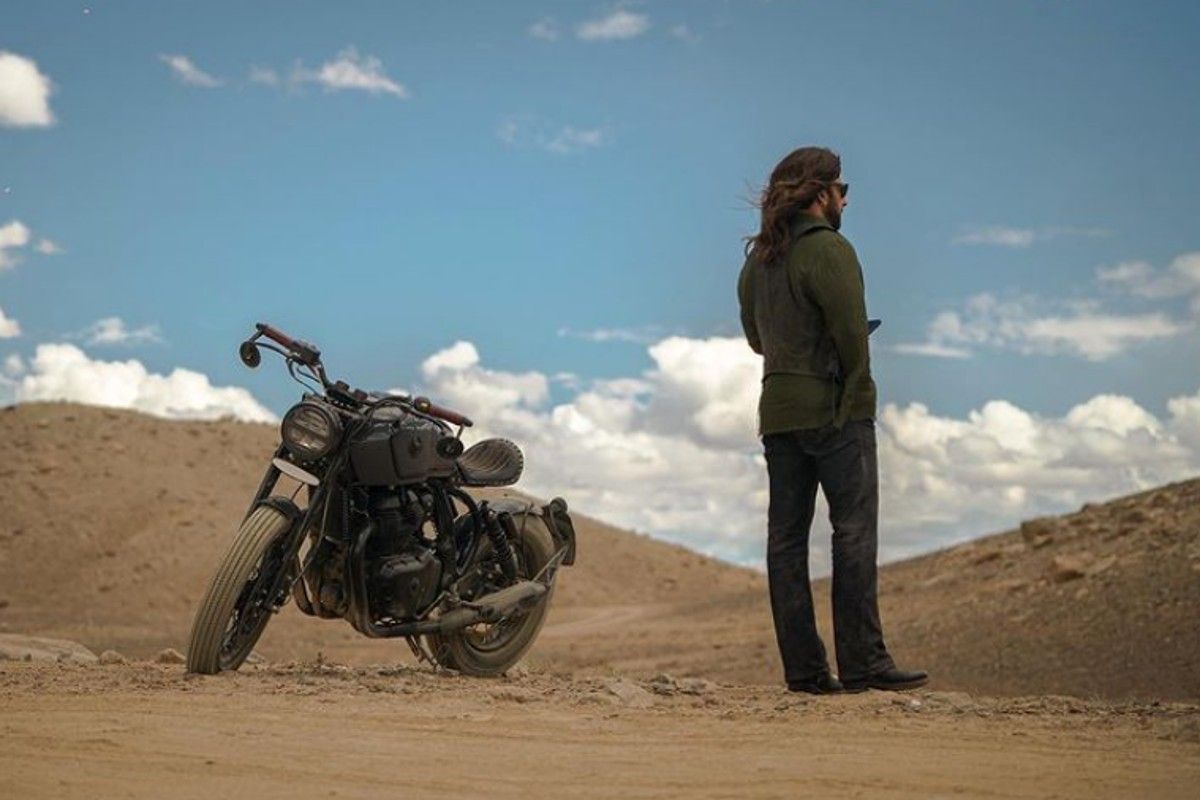 Salman Khan In Leh-Ladakh: Salman Khan is breaking the internet with his new pic where the actor can be seen sporting long hair amidst beautiful locales of Leh-Ladakh. Recently, Salman along with his leading lady in Kabhi Eid Kabhi Diwali, which is now titled Bhaijaan, Pooja Hegde was spotted at Mumbai’s private airport. Reportedly, the actors jetted off to Leh-Ladakh to shoot for the film and now Salman has dropped a stunning new picture from the beautiful location, however what caught everyone’s attention was the Bollywood superstar flaunting his long locks. Salman captioned the photo as:Leh .. Ladakh …Also Read – Tiger is Back! Salman Khan Shares Tiger 3’s Release Date, Are You Ready For Eid 2023?

In the photo, Salman can be seen wearing a black shirt over black jeans and black shoes with the actor’s long hair swaying in the wind. He is also wearing black sunglasses and stands beside his bike amidst the beautiful locales of Leh-Ladakh. According to reports, Salman and Pooja Hegde are currently shooting a song for the film in the exotic locale.

According to a Pinkvilla report, Salman Khan and Pooja Hegde will be shooting at multiple spots in Leh and Ladakh for the next 4 days, before calling it a wrap on this mini schedule. “Right after calling it a wrap on this song, the Bhaijaan team shifts the base in Mumbai. They will be shooting some key sequences and action blocks of the film in Mumbai over the next 2 months and call it a film wrap by the end of October,” a source close to the film informed the portal, adding further that Bhaijaan is on track for a December 30, 2022 release.