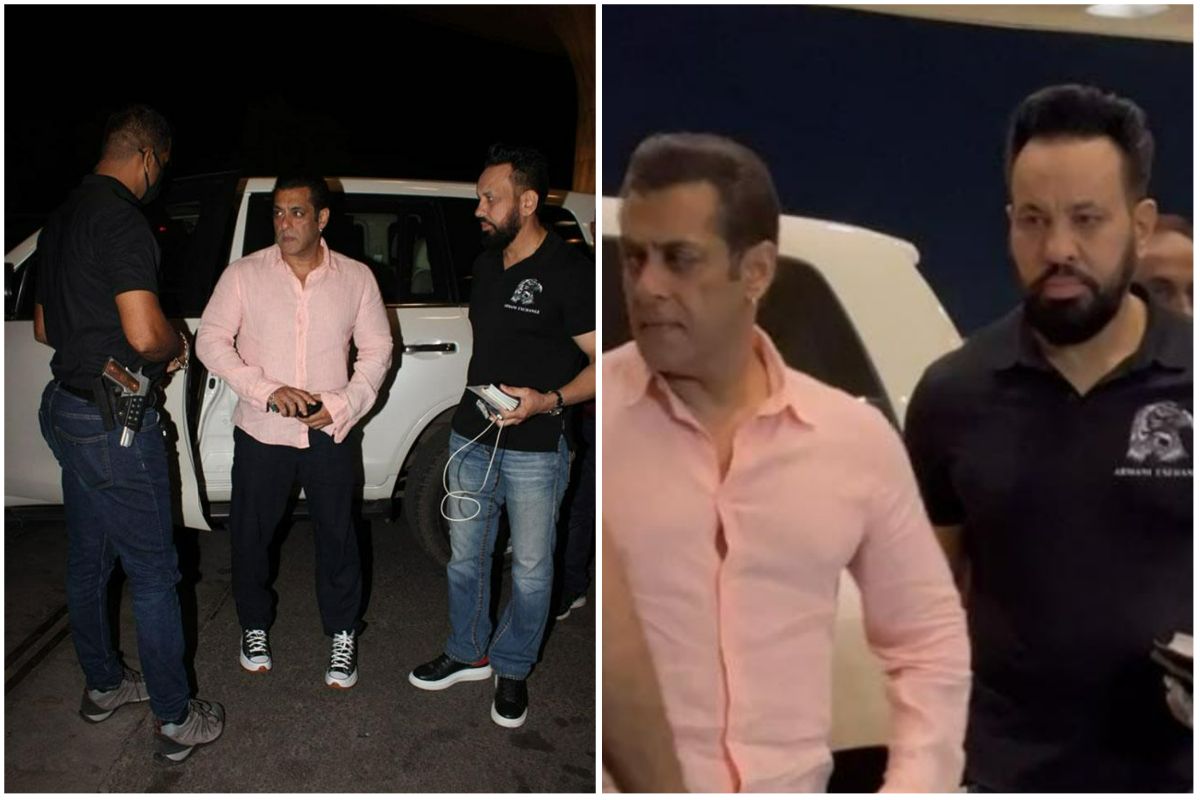 Bollywood superstar Salman Khan recently got approval for gun license from Mumbai police and on Monday the actor was clicked arriving at the airport in his bulletproof car. Salman has reportedly upgraded his Toyota Land Cruiser SUV with armour and bulletproof glass. According to reports, the price of Salman’s new vehicle is Rs 1.5 crore. It costs extra to install the bulletproof screens.Also Read – Salman Khan Issued Gun License After Receiving Death Threat

Salman was papped at late Monday night, surrounded by his security personnel and trusted bodyguard Shera. The actor was donning a peach coloured shirt and black trousers. Salman was greeted by fans at the airport and although the actor didn’t stop for pictures, he acknowledged his fans who were heard shouting, “Love you Salman bhai. “The actor was sporting a clean-shaven look and also had on earrings on both his ears.

Meanwhile, earlier on Monday, the Mumbai police granted fire arm license to Salman Khan. The actor had met Mumbai Police commissioner Vivek Phansalkar in this regard on July 22 after he received death threats from jailed gangster Lawrence Bishnoi. According to Mumbai police Salman has been issued licence for one firearm however no mention of which firearm he can purchase. Reportedly, for protection a person buys .32 caliber revolver or pistol.

On the work front, Salman who was last seen in Mahesh Manjrekar’s Antim will next be seen in Bhaijaan which is expected to release in the last week of 2022. Besides this the actor also has Tiger 3 in pipeline, where he will share screen space with Katrina Kaif and Emraan Hashmi. Salman will also be making his Tollywood debut with Godfather, which also stars megastar Chiranjeevi.