New Delhi: The Rishabh Pant-Urvashi Rautela episode has garnered massive attention recently. It started with the actress indirectly hinting that the cricketer has been stalking her. Following the controversial interview by Urvashi where she mentioned about a person named ‘RP’ chasing her in Delhi, Pant took to social media and asked her to leave him and not stoop to such lows for mere publicity.Also Read – Rishabh Pant Named As Uttarakhand’s Brand Ambassador

Days after that came to the forefront, Pant has taken to social media once again and this time he has come up with something philosophical. Pant shared a couple of Insta stories and one of them was a quote which read: “Don’t stress over what you cannot control.” Also Read – Urvashi Rautela vs Rishabh Pant: Actress Calls Cricketer ‘Chotu Bhaiya’ After His ‘Peecha Chhor De’ Jibe 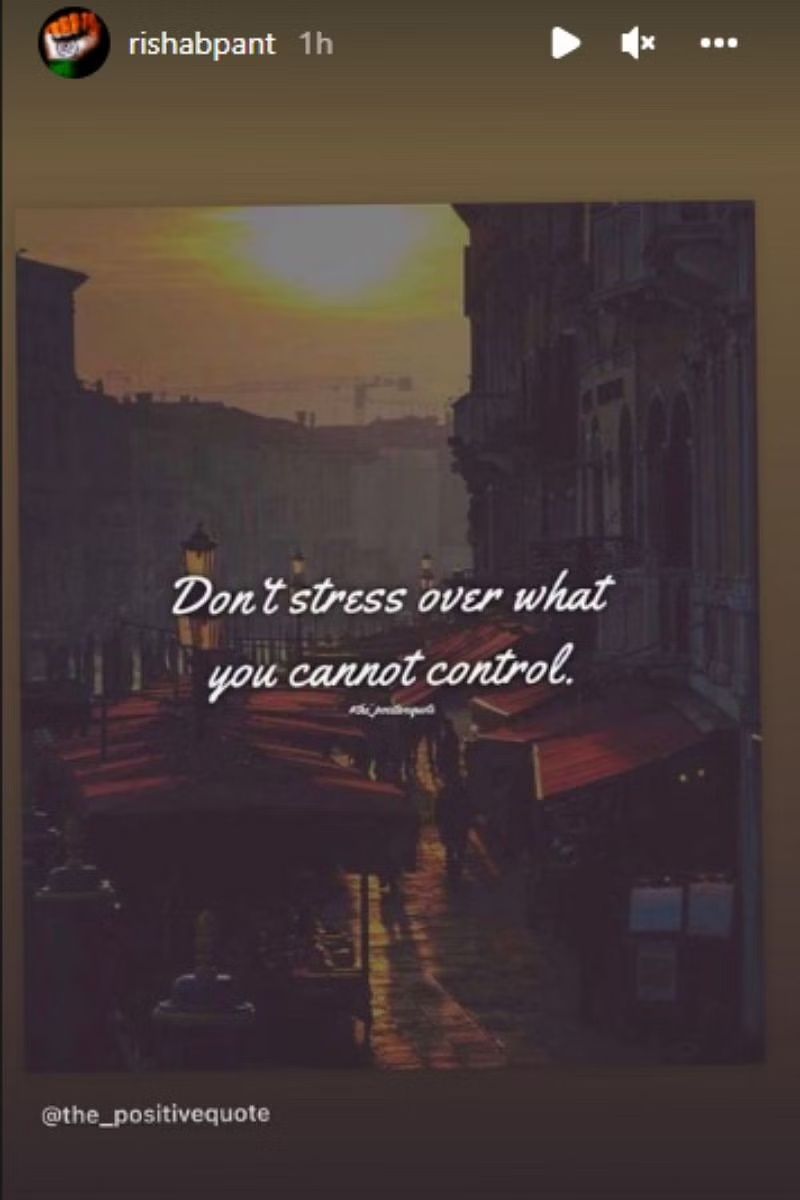 Earlier in an interview a few days ago, Urvashi said: “I was shooting in New Delhi and I arrived at night. Quickly I had to get ready because actresses need more time to get ready. So, Mr RP came to the hotel lobby and wanted to meet. Ten hours passed and I fell asleep.” Also Read – Another Rishabh Pant-Urvashi Rautela Saga? DC Skipper Deletes Cryptic Response To Actor’s Viral Interview

“I couldn’t attend any calls and when I woke up I saw 16-17 missed calls and I felt so bad that someone was waiting for me and I couldn’t meet them. I told him we’ll meet when you come to Mumbai. We met in Mumbai but a huge drama happened with the paps and all,” she added.

Pant is an important member of the Indian cricket team and is expected to well in the upcoming Asia Cup. He would like to keep himself away from such controversies for the time being.