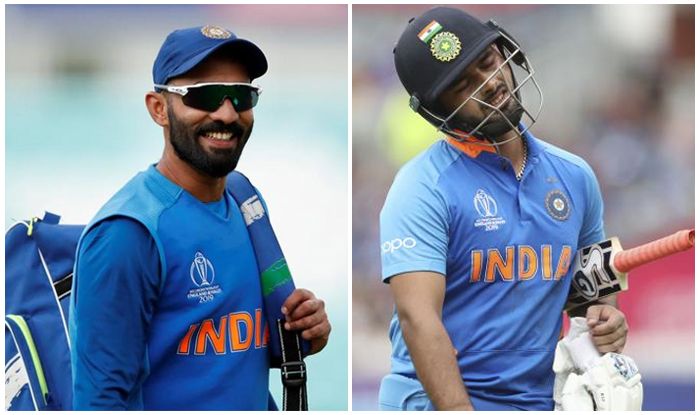 New Delhi: With the Indian board spoilt for choices, there will surely be discussion over wicketkeepers ahead of the Asia Cup as to who would finally make the XI. There is Rishabh Pant and Dinesh Karthik. While experts have been debating this scenario for some time now, Pant himself has broken his silence and provided a straightforward answer to the competition that exists. Claiming that players do not think on those lines, Pant said that is focus is to give 100 per cent.Also Read – Not Rohit Sharma or Virat Kohli; Aaqib Javed Reckons Hardik Pandya Would Make Difference During India-Pakistan Game

“We don’t think on those lines. We as individuals always want to give our 100 per cent to the team. Rest depends on the coach and the captain and how the team could get an advantage from that,” he said while speaking to Zee Hindustan. Also Read – Rishabh Pant’s Philosophical Post Amid Urvashi Rautela Controversy Goes VIRAL

Since June, both the Indian wicketkeepers have featured in most of the T20I games. Pant and Karthik are set to miss out on the upcoming three-match ODI series versus Zimbabwe. The duo will join the team for the Asia Cup where India take on arch-rivals Pakistan in the much-awaited opener on August 28 in Dubai. Also Read – Shakib Al Hasan Named Bangladesh Captain Till 2022 T20 World Cup; Asia Cup Squad Announced

It is going to be interesting to see who edges whom. For the perfect balance of the side, only one would ideally be picked. Both of them would like to perform well and win a ticket to Australia later in the year where the T20 World Cup will be played. In the T20 WC later in the year, India would surely be among the top contenders.