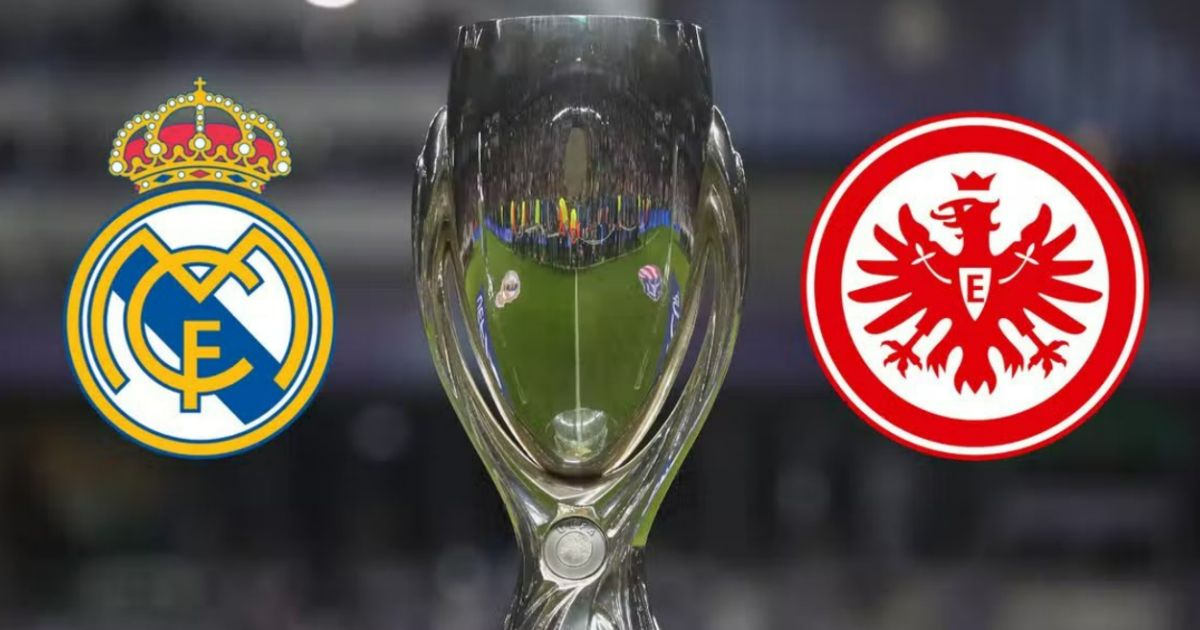 Madrid, Aug 9: Real Madrid to contest the first title of the season against Eintracht Frankfurt in flew to Helsinki on Wednesday.Also Read – La Liga: Real Madrid Flop Jovic Set For Move To Italy

Despite the summer signings of Antonio Rudiger and Aurelian Tchouameni, Real Madrid coach Carlo Ancelotti has already said that he sees the match as the chance to reward the players who beat Liverpool to win the Champions League, reports Xinhua. Also Read – Real Madrid: Croatian Midfielder Luka Modric Signs New One-Year Deal at the Club

That means Thibaut Courtois will be in goal in front of a defense consisting of Dani Carvahal, David Alaba, Eder Militao and Ferland Mendy, with Casemiro, Luka Modric, and Toni Kroos in midfield and Karim Benzema, Vinicius Jr and Fede Valverde or Rodrygo in attack.

Real Madrid go into the game after a pre-season which took them on tour to the USA, where they lost 1-0 to FC Barcelona, before beating Juventus and drawing 2-2 with Club America, reports Xinhua.

The tour showed that Belgian winger Eden Hazard, whose time at the club has so far been ruined by injuries, looks to be back to fitness and Wednesday could see Hazard given a chance to show what he can do in the second half.

Likewise, Eduardo Camavinga, Rudiger and Tchouameni should also get their chances after the break as Ancelotti rotates his squad ahead of Sunday’s LaLiga opener away to Almeria.

Real Madrid are clear favourites to beat Eintracht, but should bear one thing in mind: the German side knocked Spanish sides, FC Barcelona and Betis out of the tournament on their way to last season’s title. They will also be supported by around 8,000 fans in Helsinki – around 6 times more than the number of those following Real Madrid, meaning that on the stands, if not on the pitch, they are assured of victory.