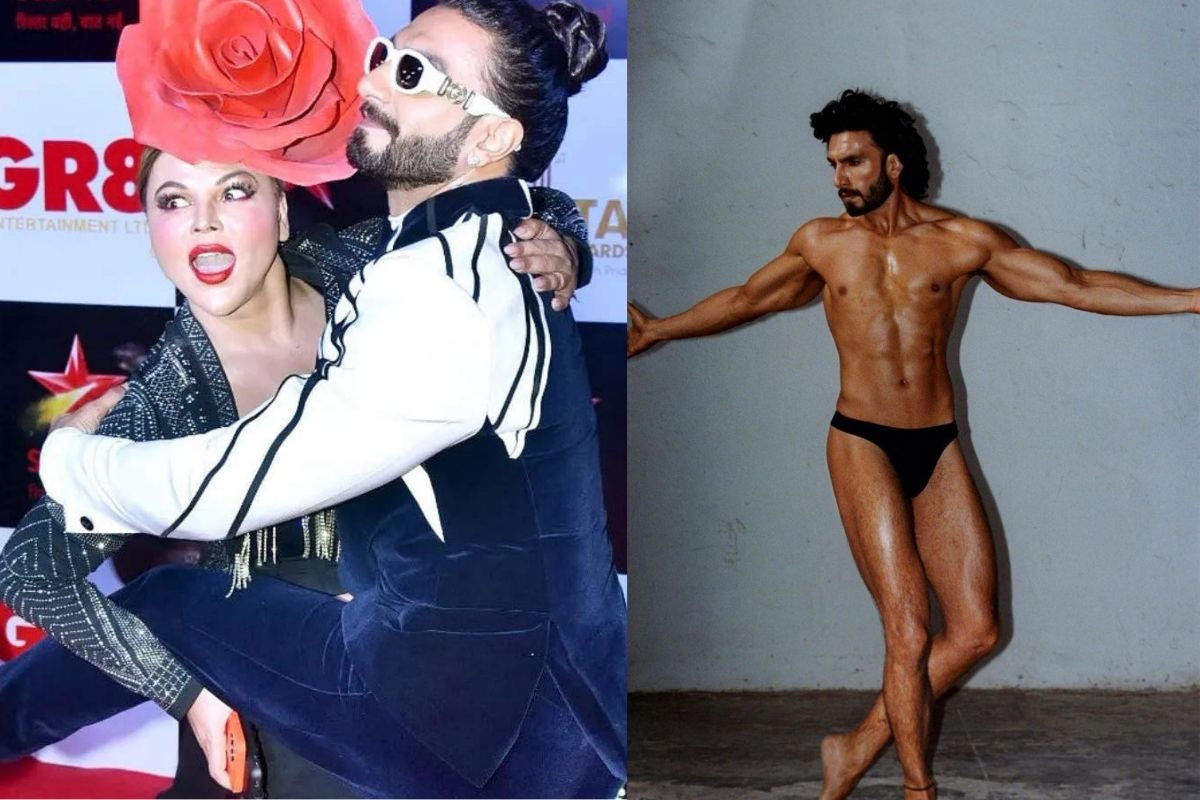 Rakhi Sawant on Ranveer Singh Nude Photoshoot: Internet sensation Rakhi Sawant has now claimed that Bollywood actor Ranveer Singh has done a favour for the nation’s women amid all the hoopla around his most recent nude photoshoot. Rakhi shared a video in which she couldn’t stop admiring Singh’s all-bare photoshoot. The Bigg Boss queen never fails to amuse her fans by speaking her views and she did it again.Also Read – Ranveer Singh Nude Photoshoot: Janhvi Kapoor Breaks Silence, Says, ‘I Think It’s Artistic Freedom…’

In the video shared by Rakhi on her social media, she said, “I have just returned from Dubai and still I am only hearing about Ranveer’s nude photos from everyone. So many girls pose naked in front of the camera. Agar ek Ranveer nude hokar aaya hai, to desh ki ladkiyon par meherbani kari hai. Hamari aankhon mein, dil mein… itni shaanti hui hai… (Ranveer has helped the girls in this country by posing naked for the camera. We experienced peace in both our hearts and eyes.) Also Read – From Gauri Khan To Nora Fatehi B-Town Celebs DAZZLE At Manish Malhotra’s Fashion Show With Deepika & Ranveer- SEE PHOTOS

She further added, “Wow, he is looking so handsome. Where are you Ranveer, my dear friend, you keep doing these kinds of photoshoots, I want to see you like this only.” Also Read – Ranveer Singh And Deepika Padukone Exude Grace, Elegance And Love at Mijwan 2022 – Watch Viral Videos

Fans quickly reacted to the video and dropped laughing emojis. One of the users wrote, “Love uh rakhi, always enjoyed you’re acting.” Another user said, “Adil won’t like this.” One of them also wrote, “Don’t forget you have a BF now.”

Others who came in support of actor Ranveer Singh’s latest photoshoot were Alia Bhatt, Arjun Kapoor, Janhvi Kapoor, and Vidya Balan, among others. Numerous FIRs have been filed against Ranveer in relation to the photshoot, despite the fact that he has received support from his peers in the industry. The actor has not yet responded to the criticism he has gotten over his naked photos.