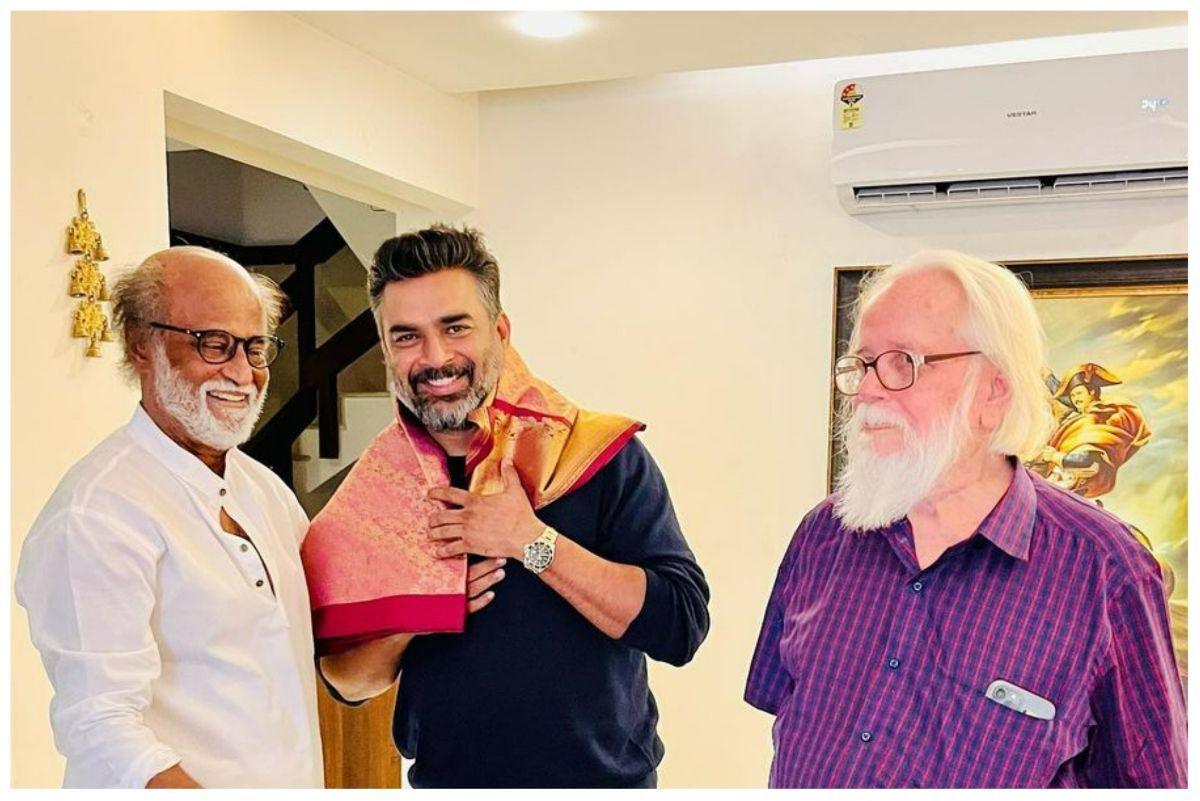 Rajnikanth Felicitates R Madhavan-Nambi Narayanan: R Madhavan, who is riding high with all the laurels and accolades for Rocketery: The Nambi Effect, has been praised by none other than Thalaiva Rajnikanth. The veteran megastar felicitated and former ISRO scientist Nambi Narayanan at his house. An elated Madhavan shared few video clips and pictures of their meeting on his Instagram handle and captioned his post as, When you get the blessings from a one man industry & the very Legend himself, in the presence of another Legend .. it’s a moment etched for eternity. Thank you for your kindest words and affection #rajnikanth sir. This motivation has completely rejuvenated us. We love you as does the whole world❤️❤️🙏🙏🙏🚀🚀.” Maddy, when honoured by the superstar legend paid his respects by touching Rajnikanth’s feet.Also Read – Is it A Sin? Nambi Narayanan Responds To Criticism Of His Portrayal As Hindu In His Biopic, “Rocketry: The Nambi Effect”

Madhavan’s directorial debut Rocketry: The Nambi Effect is based on a former ISRO ( Indian Space Research Organisation) scientist Nambi Narayanan, who was accused in the ISRO espionage case in 1994 but was later exonerated. Madhavan plays the main protagonist in the biopic co-starring Simran and Rajit Kapur in pivotal roles. Superstars Shah Rukh Khan and Suriya also have special appearances in the movie. Also Read – Did Hrithik Roshan Refuse to Shoot in UP? Vikram Vedha Makers Break Silence

R Madhavan will be next seen in Dhokha Round D Corner and Amriki Pandit.

For more updates on Rocketry: The Nambi Effect, check out this space at India.com.