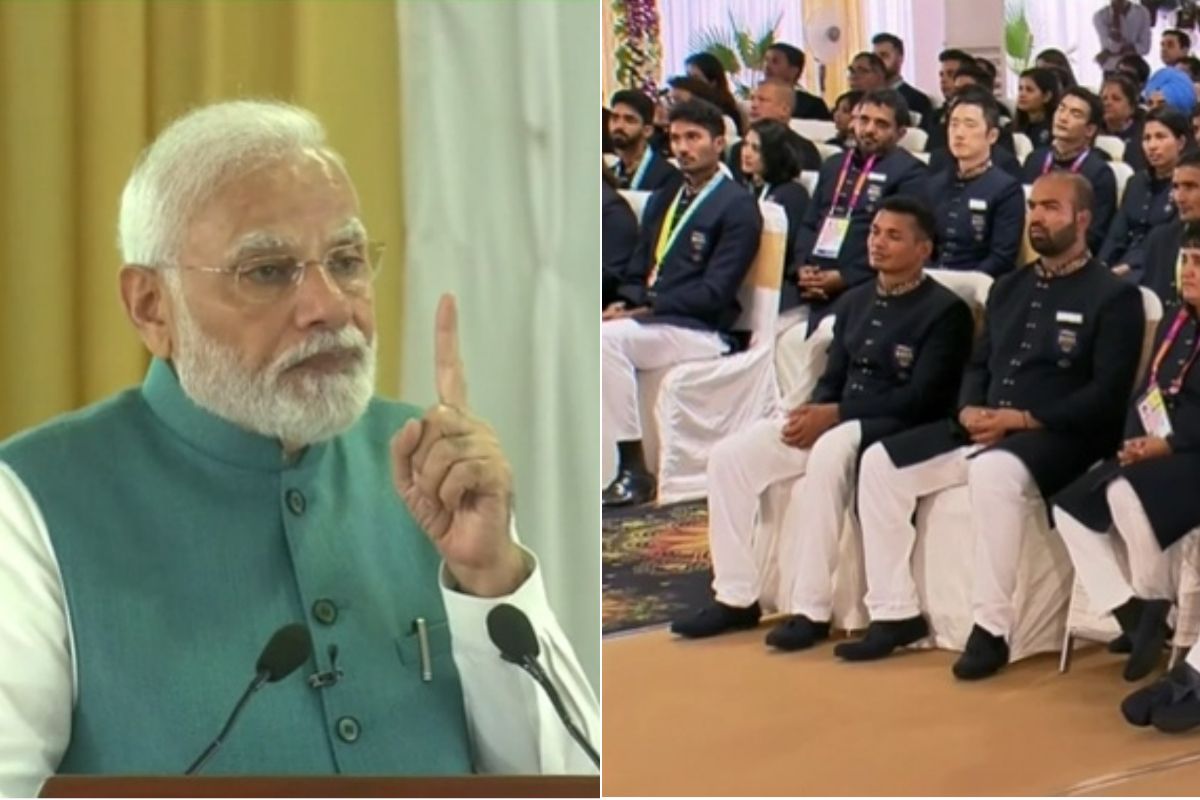 The Prime Minister congratulated the players and coaches for their stupendous performance. He welcomed the athletes and coaches and expressed immense pride in the accomplishments of India’s athletes. Also Read – Will Nitish Kumar Compete Against PM Modi in 2024? Bihar CM Breaks Silence | WATCH

The PM said that it was a matter of pride that due to the splendid work of the sportspersons, the country is entering into the “Azadi ka Amrit kaal with an inspiring achievement”. Also Read – Raju Srivastava Health: PM Narendra Modi Contacts Ailing Comedian’s Wife, Offers Support

Along with the historic performance in the Commonwealth Games, the country has organised the Chess Olympiad for the first time. Addressing the athletes, the Prime Minister said, “while all of you were competing in Birmingham, crores of Indians were keeping awake till late night here in India, watching your every action. Many people used to sleep with alarms set up so that they remained updated on the performances.”

The Prime Minister said as per his promise made at the time of the contingent’s send-off, “we are celebrating victory today”.

He said that India has found a new way of winning in four new sports disciplies as compared to last time. From lawn bowls to athletics, the athletes have performed phenomenally. With this performance, the trend of youth towards new sports in the country is going to increase a lot, the Prime Minister said.

The Prime Minister also highlighted the achievements of the “daughters of India” in boxing, judo, wrestling and their domination in the CWG 2022. He said 31 medals came from players who were making their debut, indicating the growing confidence of the youth.

“You weave the country in unity of thought and goal… that was also one the great strengths of our freedom struggle,” he said.

Mentioning the galaxy of freedom fighters, the Prime Minister said that despite the variance in methods, they all had the common goal of independence. Similarly, our players enter the arena for the prestige of the country. The Prime Minister mentioned that the power of the Tricolour was seen in Ukraine where it had become a protective shield not only for the Indians but also for the citizens of other countries in getting out of the battlefield.

The Prime Minister highlighted the need to intensify our efforts to discover new talent and take them to the podium. “We have a responsibility to create a sports ecosystem that is globally excellent, inclusive, diverse and dynamic. No talent should be left behind,” he stressed.

The Prime Minister also acknowledged the role of coaches, sports administrators and support staff in the success of the players.

The Prime Minister urged the athletes to prepare well for the upcoming Asian Games and Olympics.