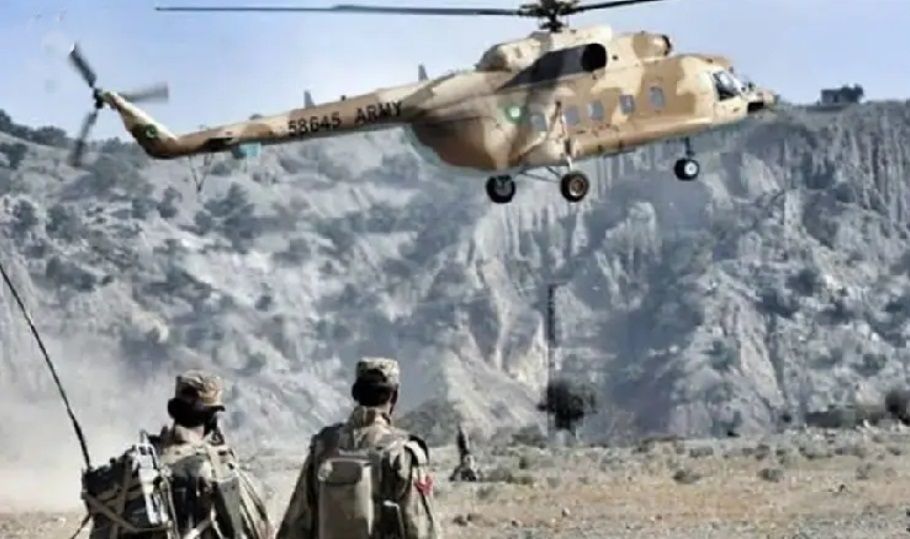 Karachi: A Pakistani Army helicopter carrying Quetta Corps Commander Lt Gen Sarfaraz Ali and five others crashed in Lasbela area of Balochistan late on Monday night. It is believed that all six people on board were killed and while the accident is being investigated, there is a very strong suspicion that the helicopter was shot down by Baloch insurgents.Also Read – Pakistani Army Helicopter with Top Commander, Senior Officers on Board Goes Missing

Inputs say that the Balochistan Liberation Army – which is yet to make a statement – may have targeted the helicopter because the Quetta Corps commander, a high-ranking figure who is in charge of counter-terrorism in the region and of guarding the border with southern Afghanistan, was on board. Also Read – 3 Injured In Grenade Blast In Turbat, Balochistan

According to further reports, the helicopter lost contact with ground control soon after taking off from a base in Lasbela district of Balochistan.

The search operation for the missing aircraft is underway in the south-western areas of Balochistan.

A senior police officer told a local media outlet that the sparsely populated mountainous area was hampering efforts to locate the remains of dead and survivors.

Prime Minister Shehbaz Sharif expressed concern and asked the nation to pray for the soldiers.

“The disappearance of Army helicopter from Balochistan is worrying. The entire nation prays for the safety, security and return of these sons of the country who come forward to help the flood victims,” he said in a tweet.

Former Prime Minister Imran Khan also said on Twitter: “Disturbing news of the disappearance of an Army Aviation helicopter and praying for all those on board.”