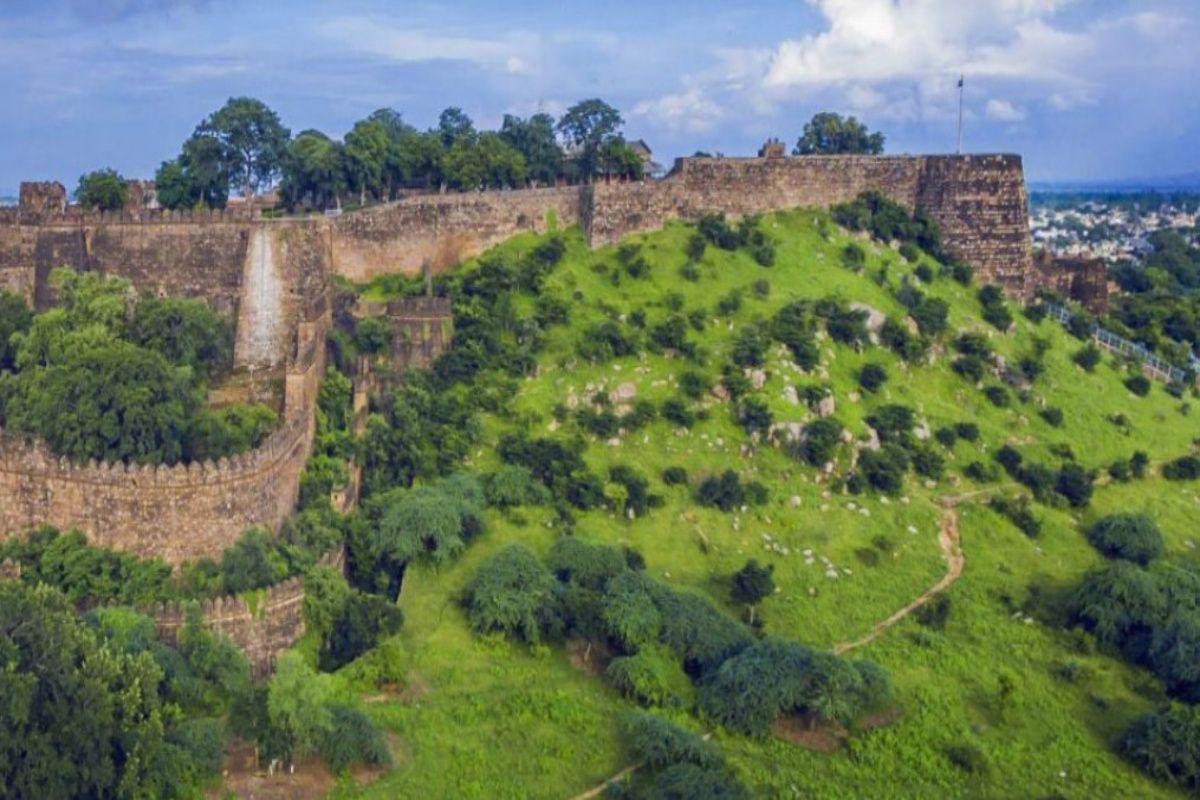 Jhansi Fort and the first war of independence: The glorious fort of Jhansi brings only one name in mind- Rani of Jhansi, Rani Lakshmibai. She was a warrior queen whose valour still echoes in the Indian hearts. The building of the Jhansi Fort is still filled with her dauntless bravery. With India’s 75th year of Independence nearing, let us take a trip down the heritage of what led to our freedom. It is important to remember the past and then bask in the glory of India’s 75 years of independence.Also Read – This Independence Day, Celebrate 75 Years of Freedom at Wagah Border | A First Hand Guide Here

Located in Bundelkhand, Uttar Pradesh, this is one of the important spots of the first war of independence. It was built by Raja Bir Singh Deo of Orchha in 1613 CE. it was amongst the strongest locations for the Chandela Kings.

The state of Jhansi was a Maratha rule state in Bundelkhand during the reign of the Britishers. The King of Jhansi had breathed hi last in 1853 but without any heir to bequeath his ancestral wealth and heritage to. During the rule, the imperials had a doctrine of lapse, a policy where princely states were annexed to the British Raj if they did not have a male heir, related with blood, to pass on the legacy to. Facing a similar fate, Jhansi was annexed because the family had an adopted child.

Soon, the rebellion of 1857 broke out and Jhansi became one of the major hotspots in the mutiny. This is when the colossal fort became a point of contention. In these forts, the echoes of her valour are always ring.

Sprawling on 15 acres of land in Jhansi, the fort is built in a typical nor then style architecture. It is almost 312 meters long with 225 meters wide granite wall. There are 10 entrances with beautifully craved mosaic-like designs. Unlike any other usual fort, here one can stop at the famous Ganesh and Shiv temple at the entrance itself.

Apart from this, there is a huge Kadak Bijli Canon at another entrance. This was the iconic canon used by Rani of Jhansi in the revolt. There is another Execution Power (the name gives it away) that was used to execute prisoners. Meandering through the passages in the fort that narrate stories of valor of Indian fighters against the rebel, one cannot miss the Jumping Spot. According to legends, that was the exact spot from where Lakshmibai jumped on her horse Badal to escape.
Rani Mahal – This place is a tableau of all the memories of Rani Lakshmibai, the queen of Jhansi.  The décor and engraved scriptures on the walls have numerous stories to unfurl too.

After taking stock through the historic vestiges of the patriotic site, the authorities also organise a light and sound show. It is said that below the walls there is a depiction of the bloody revolt that went on for about two weeks and how the warrior queen, boldly sacrificed herself to save the people from the hands of the British.

Tickets, Time and details
According to uptourism.gov.in the sound and light show is organised in Jhansi Fort and is based on the life of Rani Laxmi Bai and the First War of Independence in 1857.

This is place is a symbol of a shared history of the Indian freedom struggle.

For feedback on stories, tips, or suggestions, mail to [email protected]