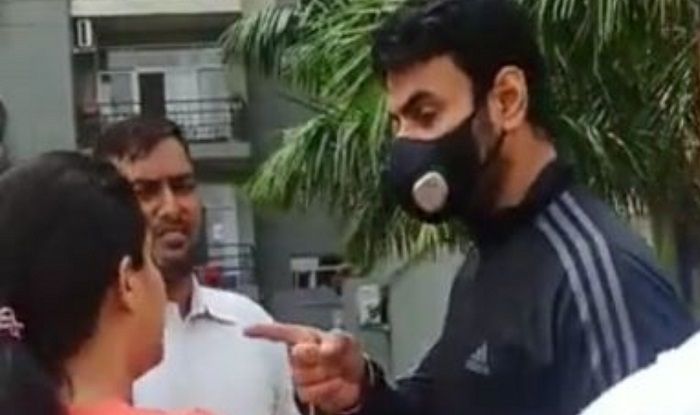 New Delhi: Amid public outcry over the Grand Omaxe Society fracas, the Noida police Monday announced a reward of Rs 25,000 on the arrest of politician Shrikant Tyagi, accused of assaulting and abusing a woman inside Grand Omaxe society, Noida. “A reward of Rs 25000 has been announced by the Commissionerate Gautam Budh Nagar Police on the arrest of accused Shrikant Tyagi, named in an FIR lodged at police station Phase-2 of Commissionerate Gautam Budh Nagar,” the police said in a statement.Also Read – After Bulldozer Action, ₹25,000 Reward Announced For Info on Absconding Shrikant Tyagi, His Last Location Traced to Uttarakhand | LIVE

For the unversed, Tyagi has been absconding since Friday night after multiple videos of his ugly spate with a co-resident surfaced on social media. The woman had objected to Tyagi planting some trees in the society’s common area, citing violation of rules. He claimed he was within his rights to do so. Also Read – LIVE Bihar Political Crisis News: Team Nitish Goes Into Huddle Amid Growing Tension With BJP, Seeks Time to Meet Sonia

He has booked under Indian Penal Code section 354 (assault or use of criminal force on any woman).  Later, charges under IPC sections 447 (criminal trespass), 323 (voluntarily causing hurt), 504 (intentional insult with intent to provoke breach of the peace) and 506 (criminal intimidation) were added against him. Also Read – Jagdeep Dhankar Wins Vice Presidential Election, Will Take Oath on Aug 11

Earlier in the day, the Noida Authority used a bulldozer to remove encroachment done by Tyagi outside his Noida residence. The action was carried out around 9 am to remove the illegal structures outside Tyagi’s ground floor apartment in the residential society in Noida Sector 93B.

Tyagi had encroached a portion of the common area of the society in front of his flat by constructing temporary structures using pillars and tiles. He had also planted trees in a park in front of his residence.