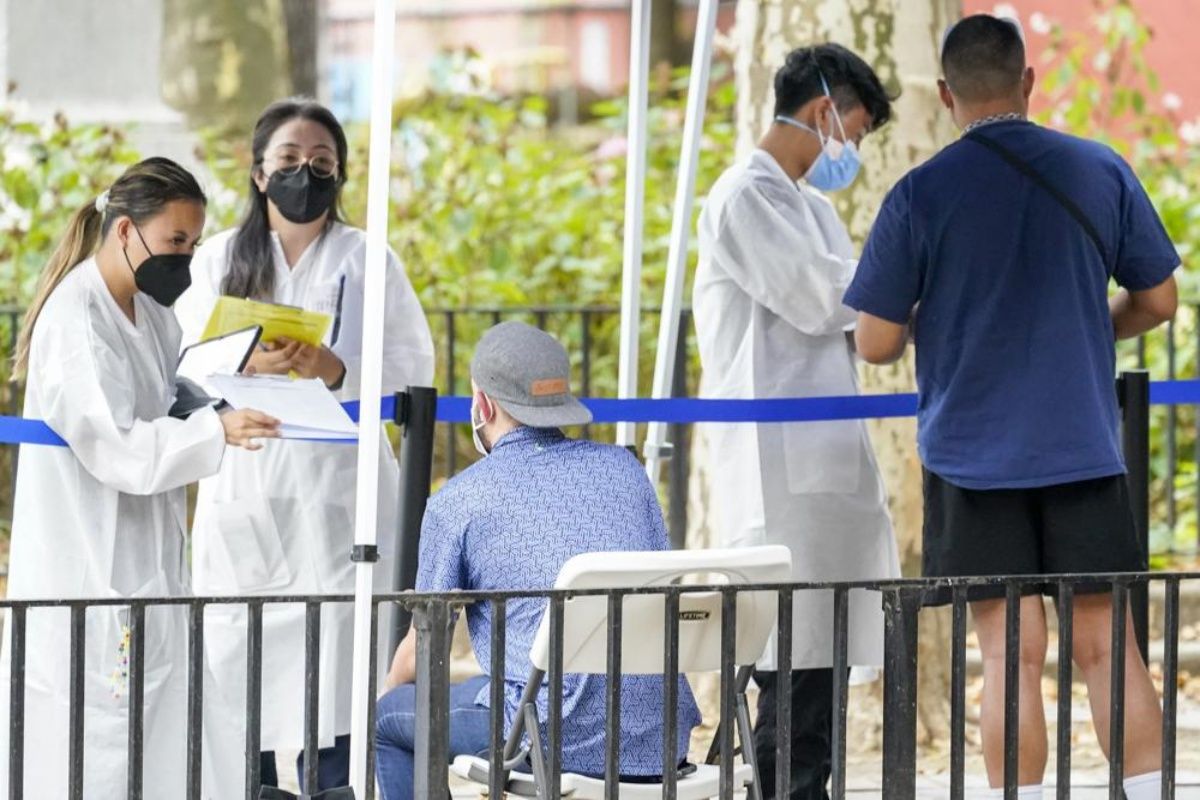 New York: Officials in New York City declared a public health emergency due to the spread of the monkeypox virus Saturday, calling the city “the epicenter” of the outbreak. The announcement by Mayor Eric Adams and health Commissioner Ashwin Vasan said as many as 150,000 city residents could be at risk of infection. The declaration will allow officials to issue emergency orders under the city health code and amend code provisions to implement measures to help slow the spread. In the last two days, New York Gov. Kathy Hochul declared a state disaster emergency declaration and the state health department called monkeypox an “imminent threat to public health.”Also Read – US Monkeypox Cases Spike To 5,189

New York had recorded 1,345 cases as of Friday, according to data compiled by the Centers for Disease Control and Prevention. California had the second-most, with 799. Also Read – Spain Reports First Monkeypox Death: Should We Worry?

“We will continue to work with our federal partners to secure more doses as soon as they become available,” Adams and Vasan said in the statement. “This outbreak must be met with urgency, action, and resources, both nationally and globally, and this declaration of a public health emergency reflects the seriousness of the moment.” Also Read – Suspected Case Of Monkeypox Reported In Karnataka, Patient’s Samples Sent For Testing

The World Health Organization declared monkeypox a global health emergency on July 23 and San Francisco’s mayor on Thursday announced a state of emergency over the growing number of cases.

The once-rare disease has been established in parts of central and west Africa for decades but was not known to spark large outbreaks beyond the continent or to spread widely among people until May, when authorities detected dozens of epidemics in Europe, North America and elsewhere.

To date, there have been more than 22,000 monkeypox cases reported in nearly 80 countries since May, with about 75 suspected deaths in Africa, mostly in Nigeria and Congo. On Friday, Brazil and Spain reported deaths linked to monkeypox, the first reported outside Africa. Spain reported a second monkeypox death Saturday.

The virus spreads through prolonged and close skin-to-skin contact as well as sharing bedding, towels and clothing. In Europe and North America, it has spread primarily among men who have sex with men, though health officials emphasize that the virus can infect anyone.

The type of monkeypox virus identified in this outbreak is rarely fatal, and people usually recover within weeks. But the lesions and blisters caused by the virus are painful.