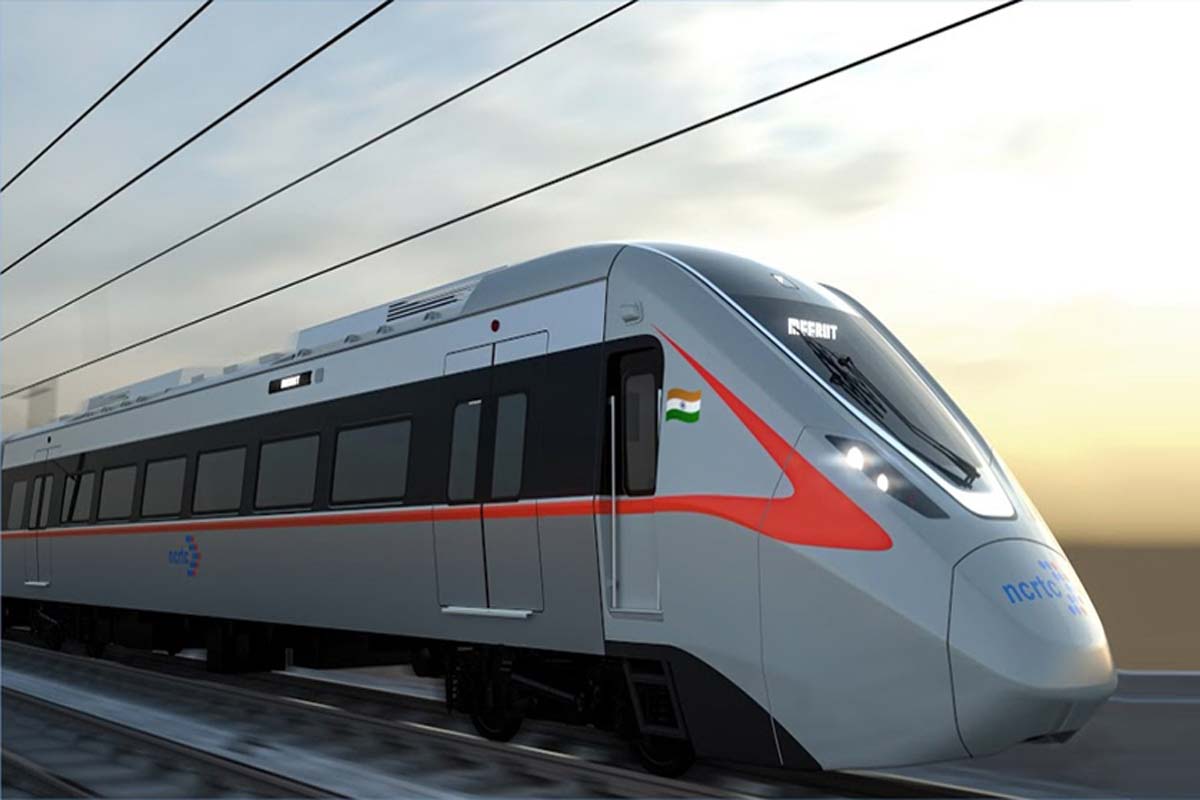 Ghaziabad: The first train set made by the National Capital Region Transport Corporation (NCRTC)
made its first run on the RRTS corridor on Saturday, marking a milestone for the corporation. The trial run was made on a 700-meters-long track on a section of the Sahibabad-Duhai line of the Ghaziabad-Meerut corridor, which is expected to open for public use by March 2023. NCRTC officials, including its managing director, were on board when the train moved out of the Duhai depot and travelled for half a kilometre. The officials said the train had met the prescribed standards.Also Read – 100 COVID Cases Reported From Ghaziabad In 24 Hours, Noida Has Most Patients In UP

The Corridor Will Include These Features:

It was in June this year that the first RRTS train set was brought from the manufacturing plant in Gujarat’s Savli to the Duhai depot, where it was assembled and made to go through static commissioning testing before the maiden run was initiated. Officials said that in the days to come, more such trial runs would be conducted in a calibrated manner. Also Read – Sunday Book Market at Mahila Haat, Daryaganj: Visually Vibrant And Aesthetic Book Bazaar For Bibliophiles