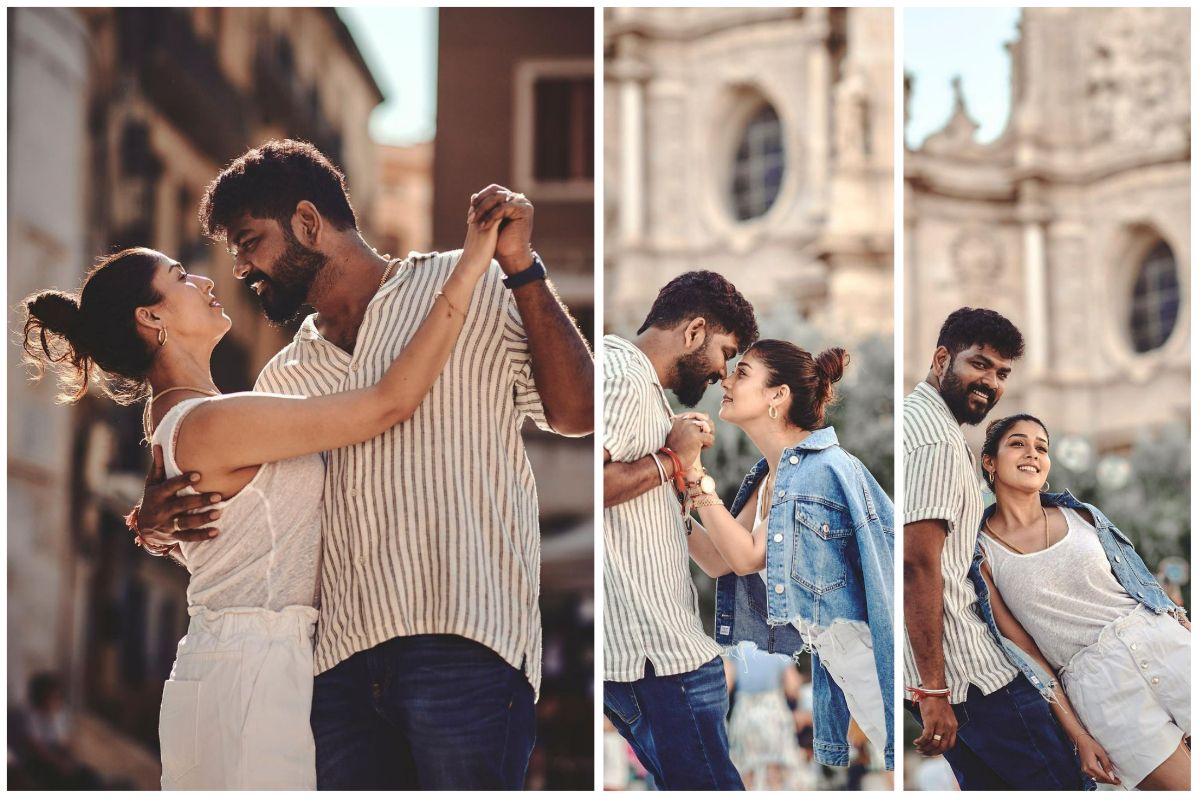 Nayanthara-Vignesh Shivan Vacation Pics: Nayanthara and Vignesh Shivan are currently having the best time of their life in Spain. The couple who got hitched in June this year headed to Spain for their second honeymoon and Vignesh has been sharing adorable set of pictures with his wife. The latest set of photos shared online by Vignesh shows the newlyweds striking several romantic poses on the streets of Spain. The couple looked adorable as they posted romantically for the lens.Also Read – Nayanthara-Vignesh Shivan Paint Spain Red With Romance, Newlyweds Pose At The Kiss Wall In Barcelona- Inside Pics & Video

Dressed in a white tank top paired with white shorts and denim jacket, Nayanthara can be seen leaning on her husband Vignesh who can be seen posing in a striped shirt with pants in the first two photos. In another photo, the couple can be seen walking hand-in-hand. The last photo sees them striking a dance pose.

Soon as the pictures were shared on Instagram, fans flocked to the comments section of the post to shower their love. A user wrote, ‘You both’ followed by a heart emoji while another wrote, ‘Bliss, love you both’. Another one commented, ‘ Love in the eyes’. There were several others who dropped heart emojis expressing their love for the duo.

Earlier,Vignesh Shivan had dropped another string of photos on the photo-sharing app, where the power couple posed in front of the famous Kiss wall in Barcelona. This adorable post was captioned, At the #KissWall #Barcelona.”

Nayanthara and filmmaker Vignesh Shivan married in Chennai on June 9. It was an intimate wedding with only their close friends and select guests, including Shah Rukh Khan, AR Rahman, Suriya and Rajinikanth, in attendance.

The couple’s wedding documentary, Nayanthara: Beyond the Fairytale, will soon be out on Netflix. It has been directed by Gautham Vasudev Menon and produced by Rowdy Pictures.