Indian Idol 13 trolled by fans: Indian Idol is soon going to take over the TV screens with its 13th season. The show is being judged by Himesh Reshammiya, Neha Kakkar, and Salman Ali while Aditya Narayan returns as the host. The promo of the show which was shared by Sony TV on its Instagram account last night doesn’t reveal the date but announces the new season and promises tons of family entertainment.Also Read – My Son Needed Operation: Indian Idol Singer Farmani Naaz To Muslim Clerics Who Questioned Her Singing Shiv Bhajan

It was last week that the team wrapped up its final schedule of auditions and entertained around 2650-plus entries in Delhi. The makers have introduced the new season of Indian Idol as a show that brings families together and makes everything go musical around. The tagline of Indian Idol 13, as revealed in its new promo goes like: ‘Phir sath aane ka bahana hai, ab Mausam Musicanna hai.’ Also Read – Pawandeep Rajan, Arunita Kanjilal to Mohd. Danish, This is How Much These Indian Idol Stars are Earning for Superstar Singer 2 | Watch Video

As soon as the promo dropped on social media, many Instagram users called it out and alleged that the show is ‘fake.’ A section of the audience believes that the makers of the reality show take advantage of people’s emotions and present fully ‘scripted’ episodes. One Instagram user wrote in the comments section: “Sab fake he ye log dikhawa karna nahi cohdte😅😅😅 (sic).” Another social media user wrote, “Scripted Reality Show is back again….!!!!! (sic).”

Check the screenshot of a few comments here: 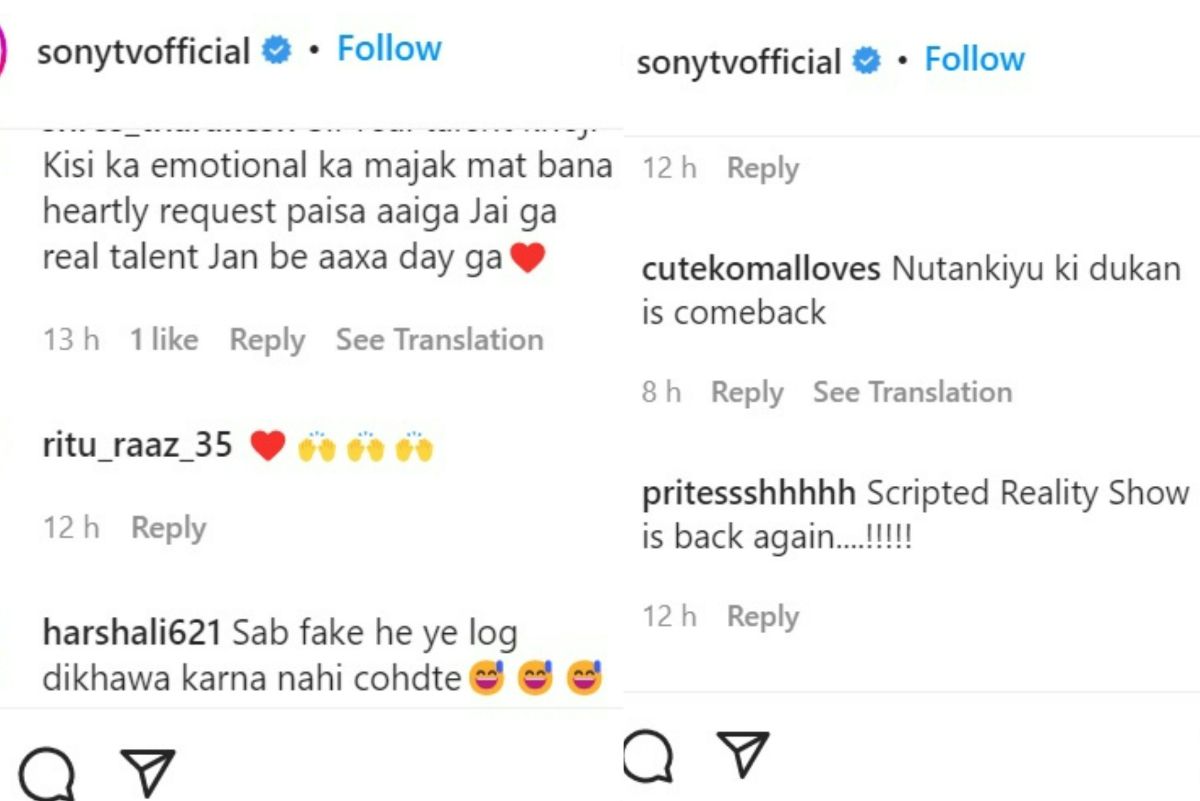 A section of the audience seems upset with the makers of Indian Idol 13, check a few comments from the new promo here

Indian Idol 12, the last season, became extremely popular and kept crawling up the TRP charts. However, some viewers seemed disappointed with the makers for exaggerating the contestants’ emotions and making it more about their personal lives than their singing talent. Contestants Pawandeep Rajan and Arunita Kanjilal were even linked on the show and the talks about their chemistry always helped it stay in news.

Meanwhile, the premiere date and the timings of Indian Idol 13 are yet to be out. Watch this space for all the latest updates on Indian Idol 13!