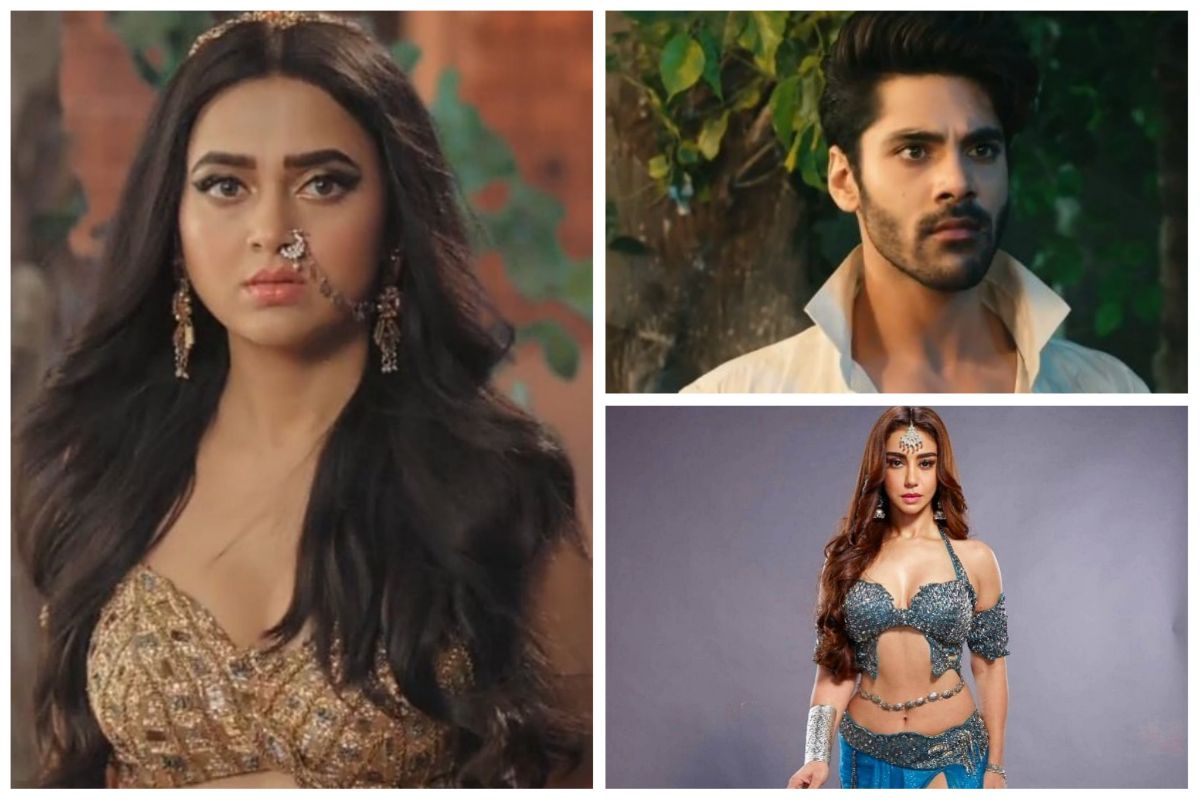 Naagin 6, August 14, Written Episode: In today’s episode Mehek aka Maheck Chahal becomes Sheshnaagrani. Mahek tells Pratha aka Tejasswi Prakash that now as a Sheshnaagin it is her moral duty to save and protect the Sheshnaagrani from all kinds of threats and enemies. Urvashi aka Urvashi Dholakia along with Ritesh, Rehan and Mehek try to kill Pratha but fail in their attempt. Urvashi pleads to Sheshnaagin not to kill her as Mehek convinces Pratha to not kill Urvashi by telling her a dark secret. Zhang has evil plans to destroy India on Independence Day as he seeks Mehek and Urvashi’s help. Mehek and Urvashi once again trick Pratha in their trap through treachery.Also Read – Naagin 6, August 13, Written Episode: Sheshnaagin Beats up Mehek, Swayamvar Begins at Naagmahal

Mehek tries to trick Kiara as she takes her in the secret room where Shakti aka Simba Nagpal awaits her. Pratha sends another Naagin disguised as Kiara. Mehek sees the Naagin’s real form in the moonlight. Shakti gets mad at Mehek as he thinks she betrayed him. Pratha later transforms as Sheshnaagin and beats up Mehek while Gujral family is outside the house. Mehek falls down to the ground while Urvashi and other family members rush towards her. Mehek later tells Urvashi that Kiara is Pratha and she is the real Sheshnaagin. Mehek decides to compete at Sheshnaag’s Swayamvar as according to the Sheshnaag manual, Sheshnaagrani becomes more powerful than Sheshnaagin. Mahek goes to the Swayamvar but gets beaten up by Pratha. She pleads to Sheshnaag to allow her to participate at the Swayamvar. Mahek defeats her co-contestants but now faces the biggest hurdle. She must win over the venomous Nashika to become Sheshnaagrani. Also Read – Naagin 6, August 7, Written Episode: Pratha And Mehek to Have Face-Off, Takshak Hints Rishabh is Not Dead

Check out this clip from Naagin 6 shared by Colors on their Instagram handle:

Nashika beats up Mahek but she doesn’t look into her eyes. Mahek recalls how Urvashi warned her against doing so otherwise she might turn into stone. Mahek cleverly passes by Nashika by not looking at her eyes and then beats her with her snake tail. Mahek then opens the door of the red room. Nashika then proceeds to seek revenge from everyone outside. Pratha fights Nashika to save other Naagins. Nashika overpowers Pratha but Sheshnaag doesn’t help her as interfering between two Naagins is against the ethos of Naaglok. Pratha hits the ground as Nashika approaches towards her. Pratha then beheads Nashika’s head with a sword she picks from the ground. Mehek then picks up Nashika’s head and shows it to Pratha as she converts into stone. It is later revealed that another Naaginsacrificed herself to save Pratha and disguised as Sheshnaagin. Pratha then slaps Mahek as the latter falls on the ground. Pratha then closes the red room.

Mehek then tells Sheshnaag that he will have to marry her as per Naaglok rules. Pratha feels bad that Sheshnaag has to give up his Brahmacharya (celibacy) oath to marry Mahek. Sheshnaag later tells Pratha to save Shraddha who will be killed by Mahek. As Pratha leaves to save Shraddha, Sheshnaag transforms into Mahek as the latter smiles at her wicked strategy. When Pratha finds Shraddha unties her, Rehan, Ritesh and Urvashi aim at her with pistols. Pratha tells Sharddha not to worry as she is the Sheshnaagin. Mehek then arrives at the scene and beats up Pratha to death. As Pratha hits the ground she transforms into Shraddha. Shraddha reveals that she was sent by Sheshnaag to save Pratha. As Shraddha dies, Pratha arrives and tells everyone today she will end the evil doers. pratha kills Rehan and Ritesh and is about to kill Urvashi but Mahek asks her not to do so. Mahek reveals that her daughter is still alive and she told the doctor to lie about her. Mehek tells her if she allows them to go away then she take her to her daughter.

Urvashi and Mehek take Pratha to a cave where a baby is heard crying. As Pratha runs to see her daughter she realizes she is tricked again and a netted trap falls on her. The trap has poisonous impact that can even kill a venomous snake. Mehek tells her till she is alive she won’t let her know where her daughter is. Later at Zhang’s den Urvashi and Mehek discuss plans to destroy India on Independence Day. Zhang tells her he plans to start India’s destruction on that day at Kedarnath, where new policies for national development will be announced. Zhang tells Mehek she can take his men their as her grand father-in-law was a respected army officer. Pratha prays to Lord Shiva to help her as she has always done everything as per God’s will. Suddenly, she sees Rishabh aka Simba Nagpal appears at the cave and sits near her. He tells Pratha she cannot give up so easily. He explains to her that so many people walk on our motherland yet it remains there. Just like the mother land she is also a mother who must rise and fight for her daughter. Rishabh persuades Pratha to apply her full strength and get up again and save their symbol of love, their daughter.

What to Expect From Upcoming Episode

In the next episode Pratha goes to Sheshnaagrani as per Naaglok rules and asks for a boon to giver her justice. A brutal fight between Pratha and Mehek takes place. In another scene Mahek falls from the cliff while Pratha, dressed as Kiara is shocked.

For more updates on Naagin 6, check out this space at India.com.