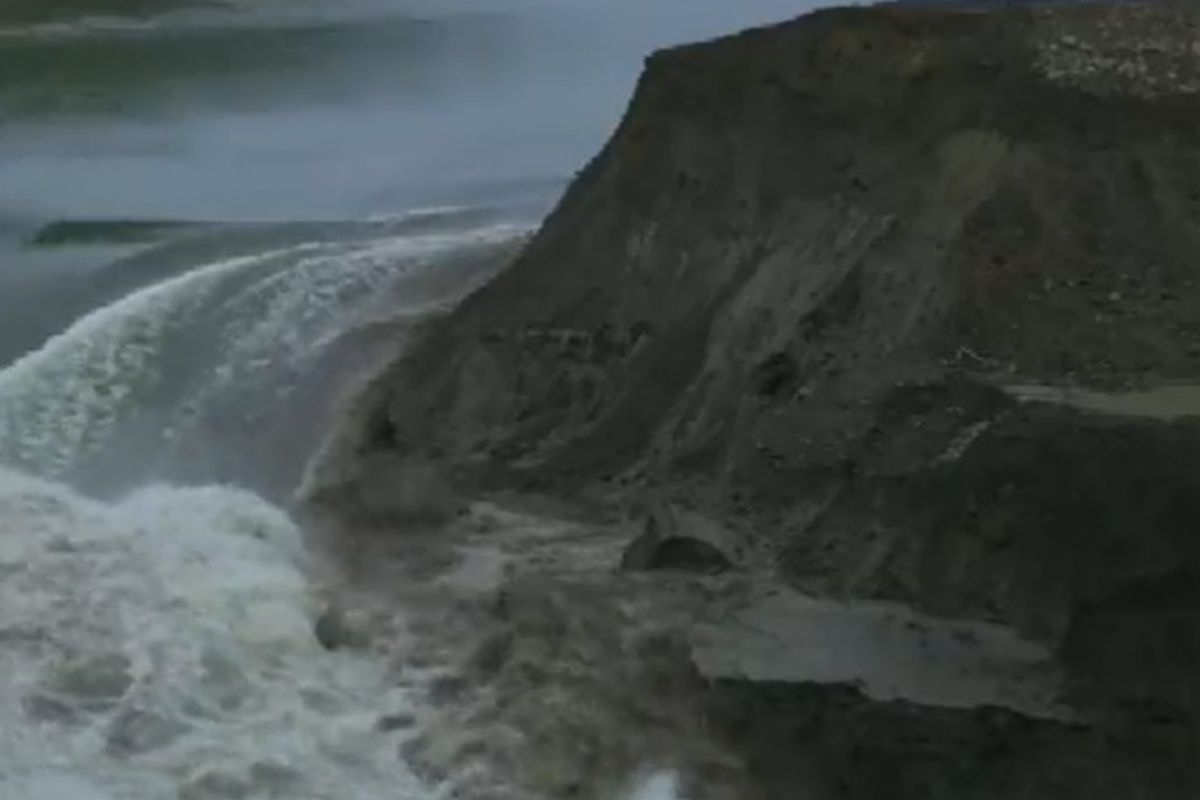 Dhar: Earlier in the week, a seepage was reported in the newly constructed Karam Dam in Dhar district of Madhya Pradesh. Soon, around 6,00 people from 18 villages were evacuated and rescue operations teams were put on standby. As per the to visuals shared by news agency ANI from the dam, water can be seen gushing out continuously out of the bypass channel created to let water out slowly two days after the dam first reported a leakage.Also Read – People From 18 Villages Evacuated Over Karam Dam Breach in MP; Army, NDRF Teams On Standby

#WATCH | Updated visuals from Dhar’s Karam Dam in MP as water continues to gush out of the bypass channel created to let water out slowly two days after the dam first reported a leakage on Aug 12. pic.twitter.com/kJHMcvvv4a

As a precautionary measure, people from 12 villages in Dhar district and 6 villages in Khargone district have been shifted to safer places, officials said, adding that these settlements were downstream of the dam. Teams of the Army and the National Disaster Response Force (NDRF) have already reached the spot on Saturday.

The reservoir of the dam was filling up with water for the first time this monsoon as it was under construction, according to officials.

Two helicopters of the Indian Air Force (IAF) were out on standby. Around 200 army personnel, including engineers, and three teams of the NDRF from Bhopal as well as from Gujarat’s Vadodara Surat had arrived for this.

The opposition party, Congress raised a question mark over the quality of work of the dam and accused the Bharatiya Janata Party (BJP)-led state government of indulging in corruption in the project worth Rs 304 crore.

The dam is coming up at a cost of Rs 304 crore, of which Rs 174 crore have been spent so far. The 590-meter-long and 52-meter-high dam, a medium-level irrigation project, has 15 million cubic meter (MCM) water in its reservoir.